Samsung began replacing affected Galaxy Note7 units on September 2 and it now reports that about 90% of buyers have opted to switch to new units where the battery issue has been resolved.

In Singapore, where the recall started only 10 days ago, more than 80% of buyers have sent back affected Note7s. However, in the major US and Korean markets, the recall goes slower - Samsung reports 60% of all recalled units there have been exchanged.

You can confirm a Galaxy Note7 unit is part of the new batch by looking for a square symbol on the back of its box and at the battery indicator on the phone itself - it's green on the new ones and white on units that need to be replaced. 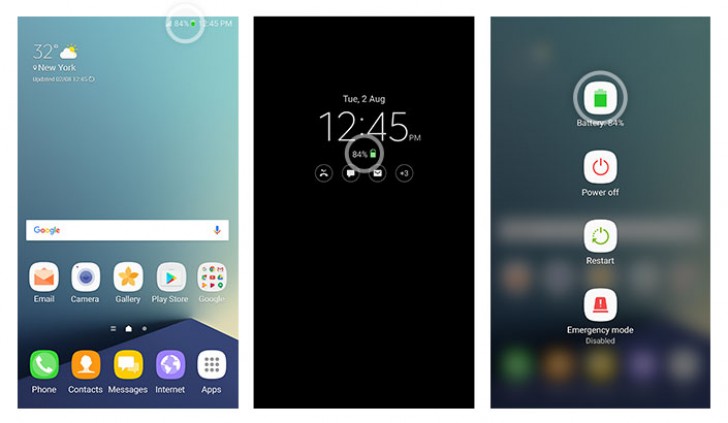 Samsung urges the remaining buyers to send back affected units, a new one will be shipped back to them based on local availability. They can call the store where they purchased the Note7 or a local call center for more details.

completely agree. the numbers are ridiculous. I was forced to take Note 7 only.

I completely don't agree on these numbers. Samsung UAE is not allowing for the full refund (for many consumers - I say many asking this) or not even allowing taking an S7/ S7 edge as a replacement. It is by force that all the Note 7 (unfortunate buye...

I am waiting for new note 7 relasing date. i love samsung.