The last Samsung Galaxy Note 10.1 was released over a year ago and it's time for another one. References to a Galaxy Note 10.1 (2015) have appeared on Samsung's official site, specifically that three apps support the tablet.

And it's not a typo either, the Galaxy Note 10.1 (2014) is listed as well. Not that it's a big surprise that Samsung will be reprising one of its models. Unfortunately, there's no info on how the 2015 model differs from its predecessor. 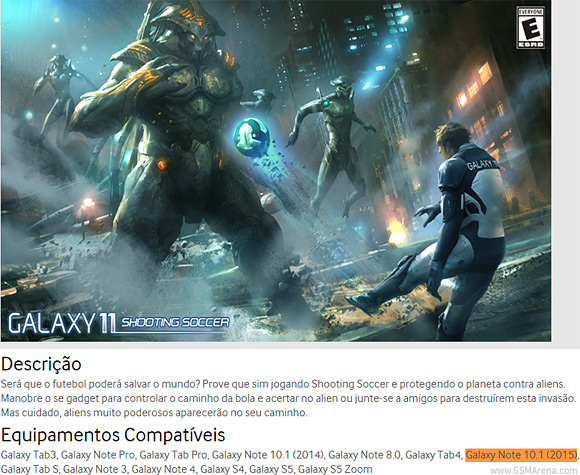 We can speculate, of course, at this point a 64-bit processor is not unlikely and it's an easy guess that the new tablet will incorporate the improvements in the S Pen of the Galaxy Note 4 (possibly up to the Montblanc S Pen edition). Whether Samsung sticks to LCD or makes the switch to Super AMOLED (based on the Galaxy Tab S 10.5 screen) remains to be seen.

How did u know

wow!I think the best smart phone is iphone but the best tablet is galaxy note samsung but I don't know galaxy note 10 2015 is good or no l like see it when samsung's company start make it for us .