There's really no way around this - the Galaxy Note8 is a looker. Even months after its release (and many more after the S8 duo came to market with a very similar aesthetic), it still feels as beautiful as ever, especially on the front. The minimal bezels, the display curves, the way the glass seamlessly meets the aluminum frame - they all add up to a very pleasing visual elegance.

Pixels curve into metal and then into glass. If jealous looks are what you crave, the Note8 will deliver when you put it on a table somewhere. Even with most cases it remains perfectly recognizable and stands out in the contemporary crowd of boring 'slab' smartphones. 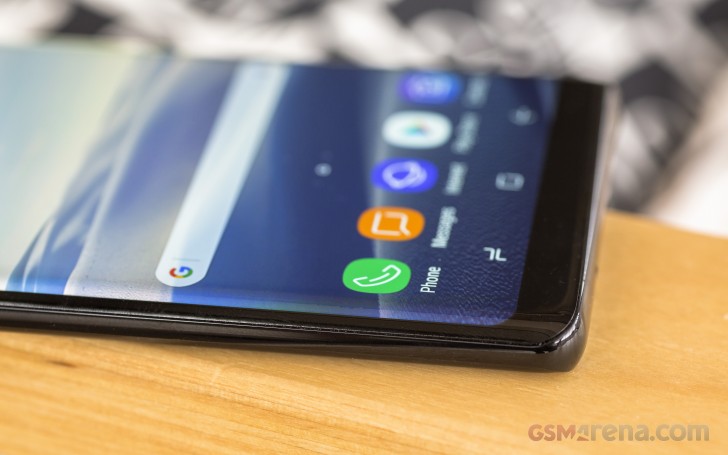 The back of the phone might be more controversial, as the rounded rectangle that houses the two cameras, LED flash, heart rate monitor, and fingerprint sensor isn't the most aesthetically pleasing construct. Perhaps that has something to do with the sheer density of things it includes, or with how much of the handset's width it occupies. And then there's the Samsung logo which for some reason isn't symmetrically placed towards the bottom of the back, but just crowds the top half even more.

Aside from these elements there's literally nothing on the Note8's back except glass - beautiful to look at, until you pick up the phone even once. After that it becomes an oily fingerprinty mess, but we're getting used to this new status quo in a world now dominated by the glass and metal sandwich design for high-end phones.

The Note8 seems incredibly well built. It obviously won't withstand nasty falls, given how much of it is made out of glass, but so far it has proven to be surprisingly resilient in another area - we can't find any scratches on our units, not even after weeks upon weeks of use. That's something to be commended, as scratch marks would deter from the otherwise stunning looks of the handset, perhaps even more than the visible fingerprints on the back already do.

Handling the Galaxy Note8 is a mixed bag, to put it nicely. The device is certainly thin enough, but it's weirdly top heavy. That makes using it with one hand more frustrating than it ought to be. Sure, this is unashamedly a phablet, and there are some people who can only conceive of using these with both hands. Then again, some of us are already accustomed to the finger gymnastics required to cover a large screen diagonal, but even so the Note8 proved to be a challenge in this regard. 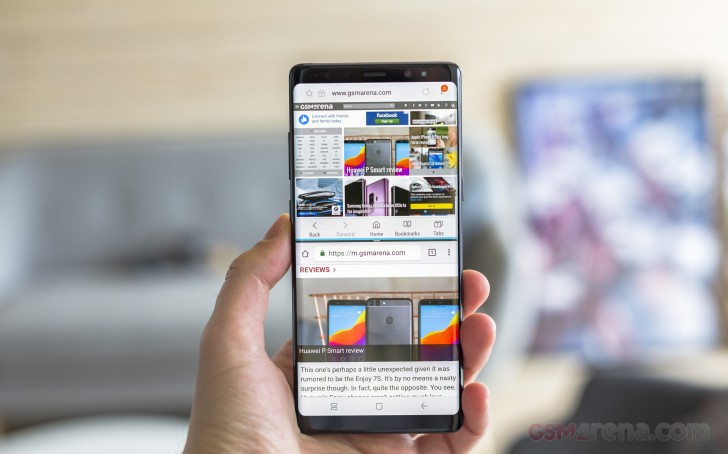 When you combine how top heavy it is with the tall 18.5:9 aspect ratio of the display, it makes for a constant struggle against gravity. It's as if all the device wants to do is plunge onto a hard floor and end its life - that's how unbalanced it feels, especially while you try to execute that specific up and down shuffle motion with the hand you're holding it in, say if you want to reach the notification panel (or the navigation buttons).

On the other hand, the sharper edges and wider frame of the Note8 really make a world of difference in handling compared to the likes of the Galaxy S8 and S8+, which some of us literally can't even get off the table in one fluent motion. In this context, the Galaxy Note8's design is the best of both worlds. It has slightly rounded edges for a modern look but not so much to totally hamper usability. Although the screen is only marginally larger than the S8+'s, they feel like very different phones due to these differences in the design, which make the Note8 easier to use. 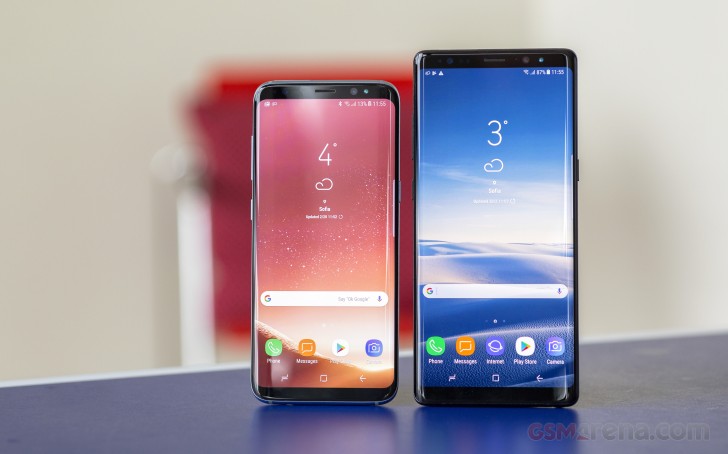 Unfortunately, even when you do end up getting a good grip on the Note8, your thumb is prone to end up at an extremely awkward angle relative to the navigation keys. That bottom chin Samsung insisted on thinning out so much in the name of form is now really impacting ease of use. In other words, the navigation strip is way too close to the bottom and requires some real finger stretching to reach. It's a real chore and one that would only have been avoided by a bigger bottom bezel - or a not so tall screen aspect ratio.

As expected given the materials used, the Note8 is quite slippery, so you might want to use a case (we're particularly fond of Samsung's own Alcantara Cover). Replacing the screen is an expensive endeavor, so perhaps a screen protector is advised as well.

It's definitely worth it Still

I enjoy my Note 8 still very much in 2021. The battery life is shorter now but the phone works hard. The camera is also very good. Some times I look to upgrade but can not find something else that is worth the money.

how would be its performance now in 2021? Concerning to the camera, seeing these photos, its even better than many phones nowadays