As we entered the 10 month of Note drought caused by the Galaxy Note7 recall Samsung released the Galaxy Note FE (Fan Edition) to help hold over struggling Note fans. At least until the supposed Galaxy Note 8 announcement on August 23.

The Galaxy Note FE is a refurbished Galaxy Note7 with a new, smaller battery that Samsung promises won't explode. So is the rest of the phone really the same as before - the short answer is yes.

The tinker-happy guys over at iFixit got ahold of a Korean Galaxy Note FE and tore it open to confirm that the Galaxy Note FE uses a smaller 3,200mAh battery (300mAh less than the Note7's battery - the one on the right). 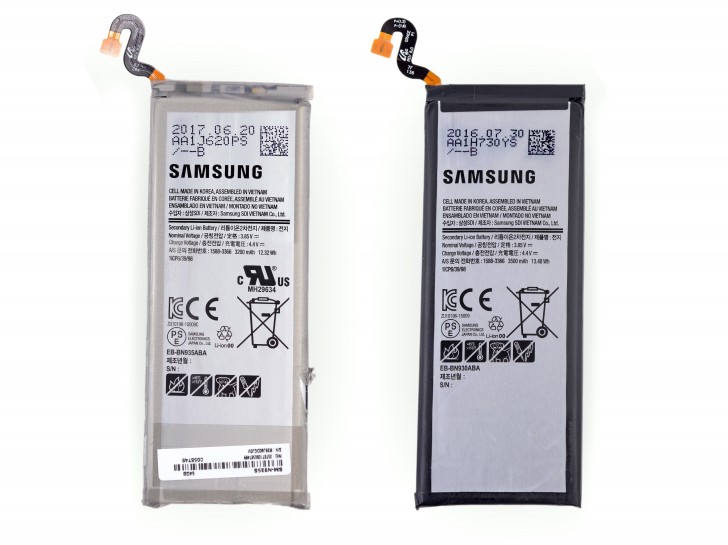 Aside from different antenna lines that are probably the result of the Galaxy Note FE being a local Korean unit nothing has changed. The same goes for the 4 out of 10 repairability score.

We hope Samsung does release the Galaxy Note FE outside of Korea as rumors have suggested.

Samsung Galaxy Note FE could launch outside of Korea this month

Hi I just got my new Samsung Note FE and its great . With all do respect please dont say bad words regarding with this great phone

I feel like Samsung missed out on a great opportunity here. They should've gotten all the Note 7's that were returned and unsold, basically around 4 million units, and started a campaign. Pretty much put in the smaller fixed battery and called...

not me. that's certain. 8mm thickness is fine by me. tbh. As long you can slap in a good chunk of battery without making a bomb. and excellent preformance. I'll be the first to grab it.