The update has started arriving to a limited number of units, and if everything is alright, all global units will receive it in the upcoming week or two. 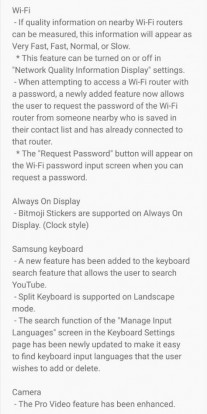 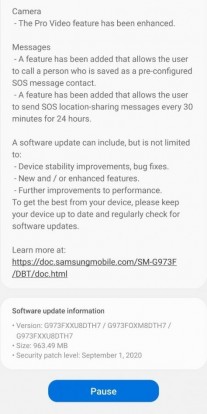 The new UI brings plenty of improvements to the flagships, but most importantly there is now support for Samsung Dex Wireless. There is also detailed Wi-Fi info (when available), Bitmoji Stickers on AOD, split keyboard in landscape and the Pro Video feature has been enhanced.

i recieve the one ui 2.5 yesterday