The Night mode update for the Galaxy S10+ was first released back in April and reached AT&T's Galaxy S10+ owners in June. Yet it's only now that it hits Sprint units as well. 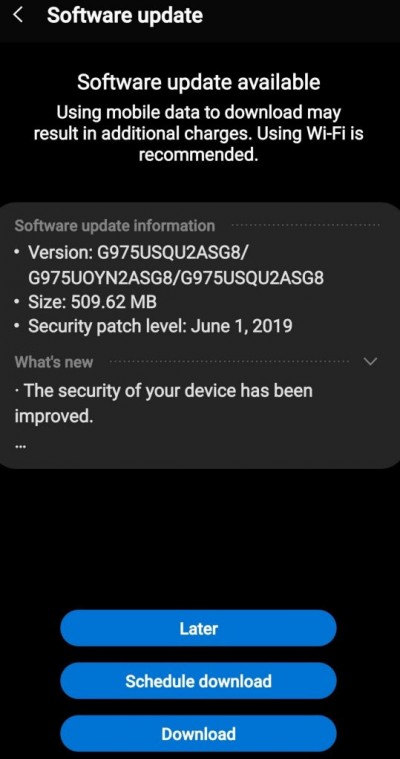 Along with the Night mode, the update includes June's security patch and weighs in at 509MB with firmware version G975USQU2ASG8. It's important to note that most of the markets have already received July's security patch, so US units are behind schedule on that too. Even the S9-series received the update months ago, but better late than never, right?

If you are a Galaxy S10+ user on Sprint and still haven't received the update, you can try updating manually through the Software update in the settings menu. Or maybe wait a day or two until it arrives.

.yes that was i mean, sucks. If Sammy want to do, they can do somthing about it, but they dont.

Its the carriers fault not Samsungs. The unlocked versions have had it for awhile now. Sprint took their time releasing it and adding their own stuff to it.