Last week we saw renders of the Samsung Galaxy S11 and earlier this week we were treated to images of the Galaxy S11e. Now, it's the S11 Plus' turn to stand in the spotlight.

The Galaxy S11+ looks similar to vanilla S11 and S11e - it has a curved edge display with a punch-hole in the center, a wide earpiece which may double up as a speaker, power button and volume rocker on the right side, and a USB-C port located at the bottom.

But, the difference between the S11+ and its siblings is that the former comes with a camera bump on its back that's bigger than the ones on S11 and S11e. 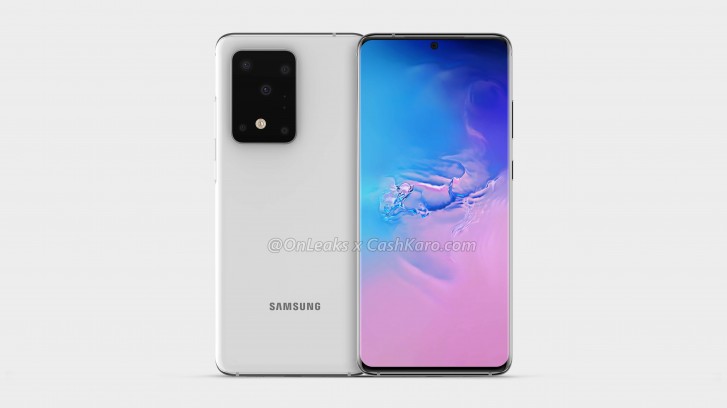 This bump includes five cameras and two small sensors, with the main camera being a 108MP snapper with 5x optical zoom.

According to reliable tipster Ice universe, these renders are not fully accurate and the "real design is more beautiful than this".

Either way, these aren't the official renders and it's best to reserve final judgment until the Galaxy S11+ is officially unveiled.

The source claims that the S11+ will be 8.8mm thick (10.2mm with the camera bump), and will sport a 6.9" display which will likely have a fingerprint reader underneath.

We don't have the detailed specs sheet of the S11+ yet, but if Geekbench is to be believed, we'll see it come with an Exynos 9830 chipset with 12GB RAM and Android 10.

The main camera sensor on this is half an inch wide, which is awesome, but means a bump.

I bet 8/10 that this is the final design that we'll be seeing on the S11+. What the fvck is wrong with OEMs these days with these huge camera bumps??? I mean, the Nokia 9 PureView had 9 cameras, but yet it had no huge camera bump. It's such a s...