But before we do, here's an unboxing. The retail package is nice - it has a matte white finish with little camera mode icons etched into it. But digging inside and we see the first signs of this being a lower standing Galaxy S20 device - there's a 15W charger straight out of 2018 and a plain USB-A to USB-C cable. 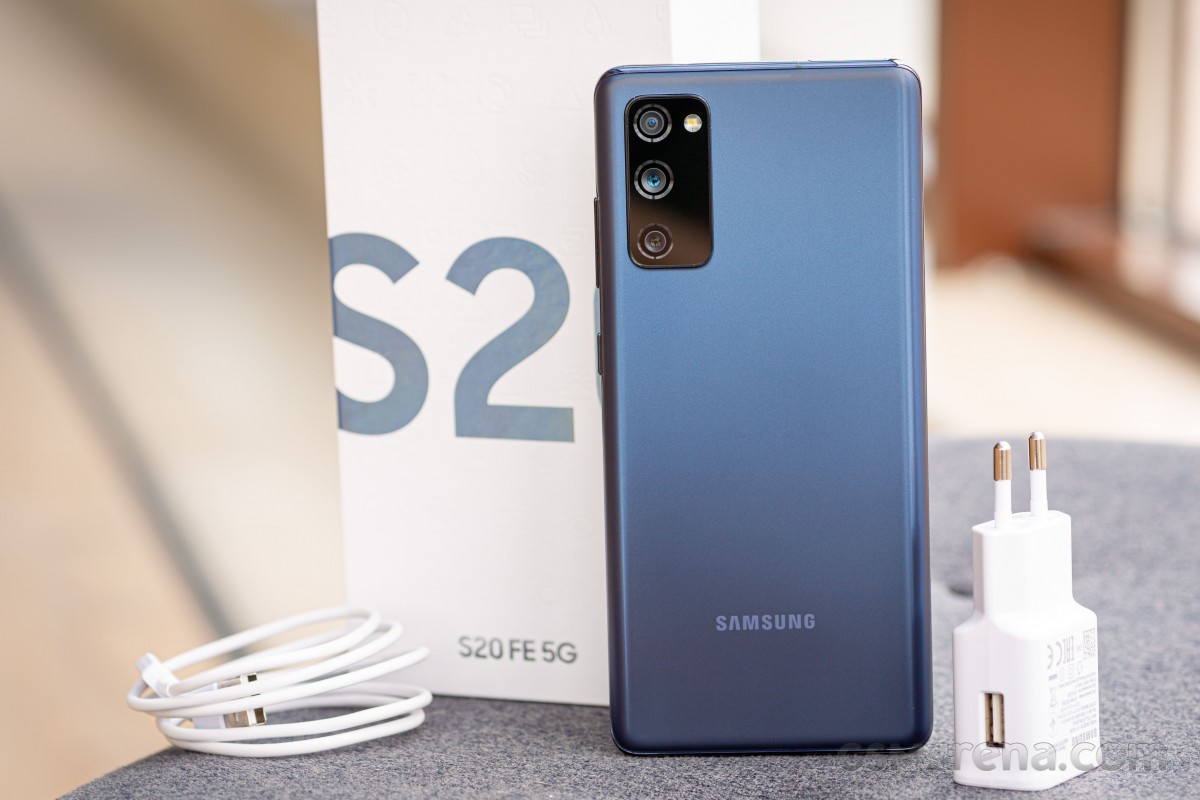 So why call it Fan Edition? Allegedly, because that's exactly what it is. It's made for that one perennial Samsung user, who loves his screen non-curved, his rear panel plastic and demands that his phone be rationally priced!

The Galaxy S20 FE has a flagship Samsung display. Its 6.5-inch Super AMOLED is big without being huge, bright and colorful and, more importantly, smooth, thanks to its 120Hz refresh rate. Its bezels are thin and there's a single cutout in the center for the 32MP selfie camera.

There's an optical fingerprint scanner underneath the glass, and Samsung was nice enough to fit a plastic screen protector out of the box. 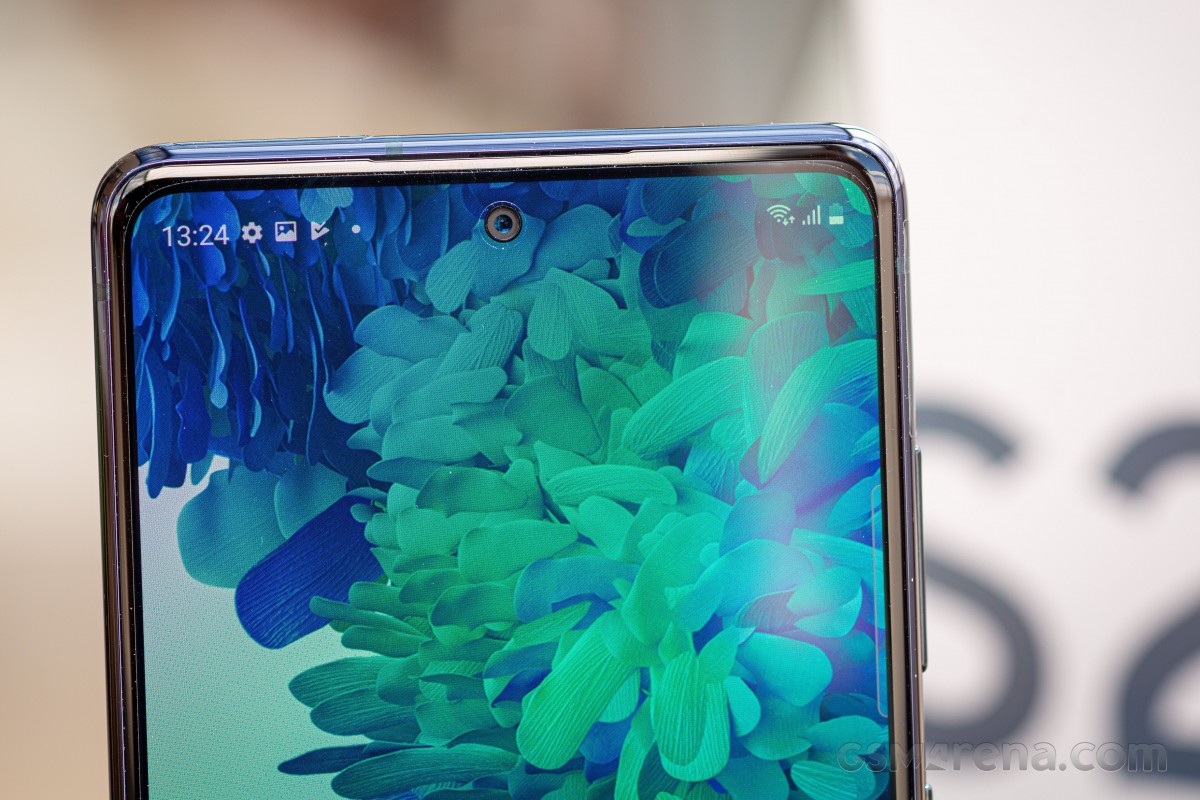 Looking at the cameras of the Galaxy S20 FE, you wouldn't think that it's a watered down variant of the Galaxy S20/S20+ either. The regular + tele + ultrawide combo is covered and it's mostly the same as that of the regular S20's. The telephoto is 8MP, instead of 12MP, but it offers the same 3x magnification.

We'll go over the cameras in detail in our full review, but they seem the usual, capable Samsung cameras, we've come to expect. 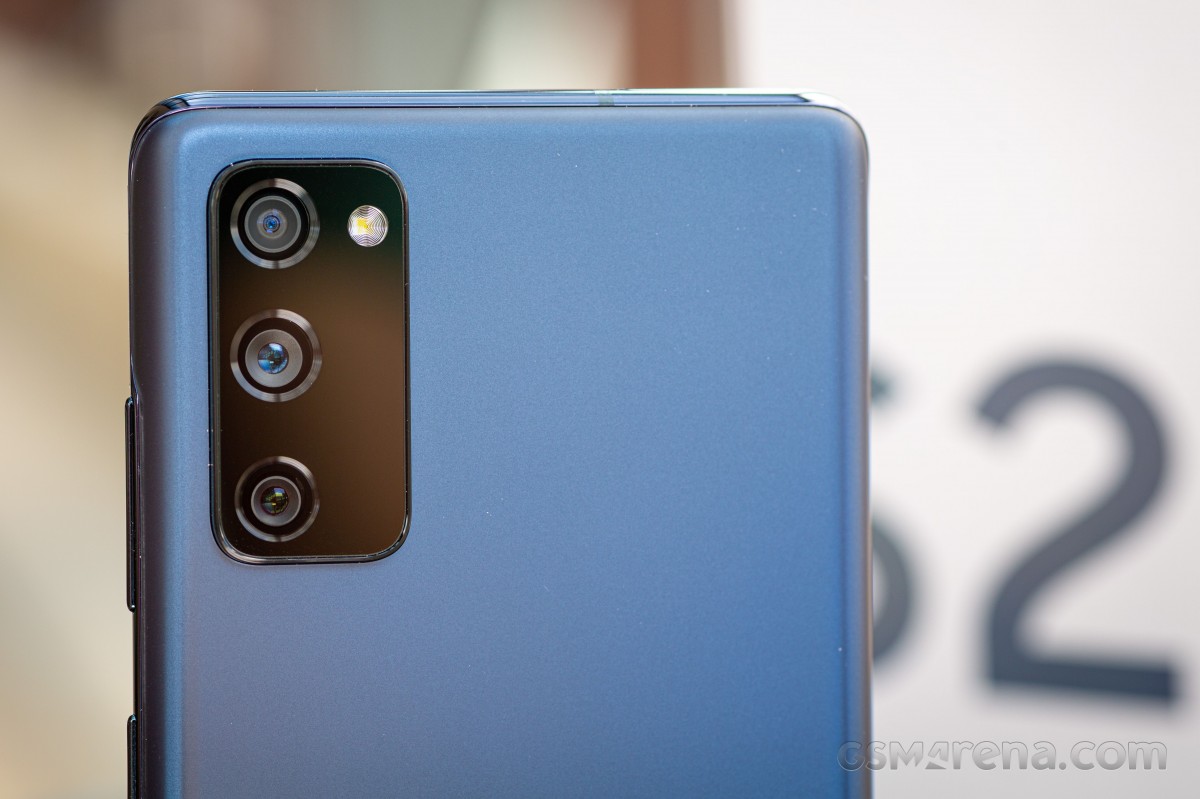 The battery isn't a poor man's version of the Galaxy S20+ battery either. In fact, it looks to be the same 4,500mAh pack from the Galaxy S20+, complete with support for 25W wired and 15W wireless charging (and even 4.5W reverse wireless charging) - you just need to purchase the faster charger separately if you want to take advantage of it.

There are also stereo speakers on board. 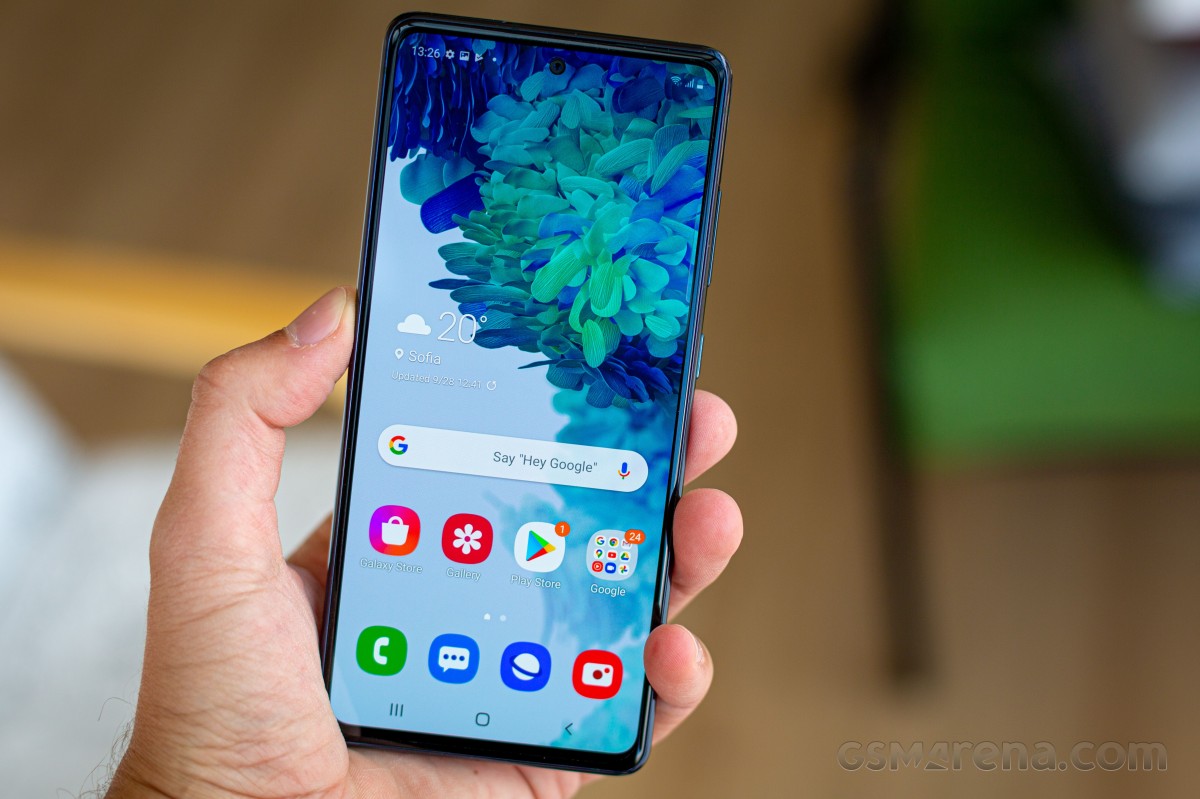 The one corner cut you may be able to feel the most on the Galaxy S20 FE, compared to the Galaxy S20/S20+ is the back panel. It's plastic, instead of glass, and it doesn't feel as premium, if still perfectly fine in isolation. It will likely scratch more easily than glass, though, so you might want to invest in a case as well. The price, in and of itself, isn't unreasonable. But it is dangerously close to the already discounted Galaxy S20+, which can be had for around €700 itself. It may be a good idea to wait a month or two before you place that order. But before that, stay tuned for our full review, coming soon.

i have one question why exynos version is launch in india ?? why snapdragon not ?? and why 5G version with snapdragon of S20FE not launched in india ?

What's worse that getting bricked?

Where I live S20+ (Exynos) and S20FE (SD) prices are really close, I'm leaning towards the S20+ because of the screen (Dynamic AMOLED vs Super AMOLED and seeing both side Mr side you can instantly tell which is superior), the design (the FE look...