Samsung Galaxy S21-series to come with Galaxy Buds Beyond

The good news just keeps coming today. After the report about the Galaxy S21 lineup launching earlier than usual next year, we now have a tip about the retail package. The AKG earphones will no longer be included but it's not what you think as their place will be taken by the Galaxy Buds Plus' successors expected to be called Galaxy Buds Beyond. 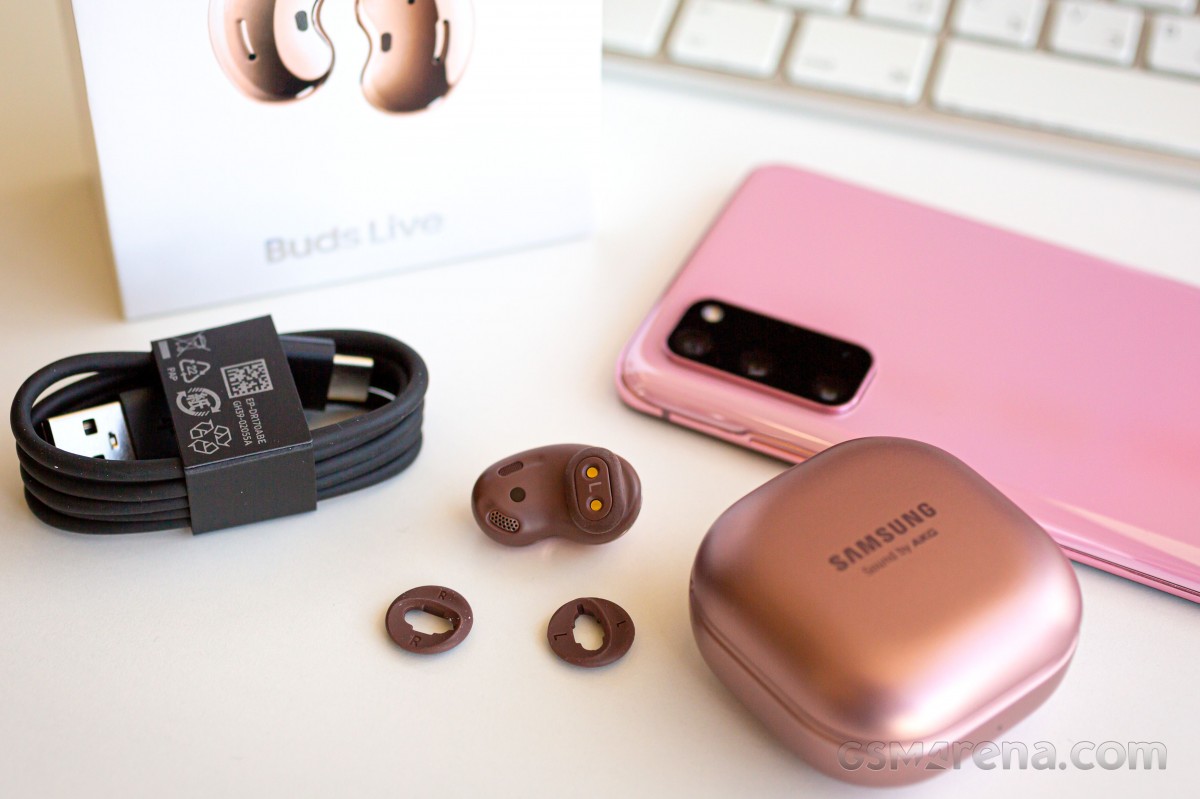 Up until now, Samsung has offered its wireless buds free of charge but only as a pre-order offer. With the Galaxy S21 family, the company plans to start offering its wireless solutions bundled.

And talk about a bundle. The news comes right after the iPhone 12 launch, which skipped the headphones (and charger) altogether while Samsung might be spicing up its retail box with a pair of TWS buds costing a pretty penny. However, nothing is confirmed for now so we suggest you manage your expectations as the report claims quite the opposite of what we heard a week ago.

It's not about brands. What of someone wants the galaxy phone? Samsung needs to either make every flagship same or make the Exynos processor the same as Snapdragon.

1) Those are some ugliest buds😂 2) Sammy should actually change the unfair distribution of chips in their products instead of tempting customers with "goodies". 3) the akg earphones are still better and cheaper.

Who in the world is forcing you to get an exynos version of a phone. THERE ARE PLENTY of different brands for you to choose. We get what we paid for. Most of the people won't even notice the difference 😒