In another episode of the Great Chipset Divide, the Galaxy S22 models will be available with either the Qualcomm Snapdragon 8 Gen 1 or the Exynos 2200 chipset, depending on where in the world you're getting the phones, and it's seemingly even more unclear which market gets which SoC this year. 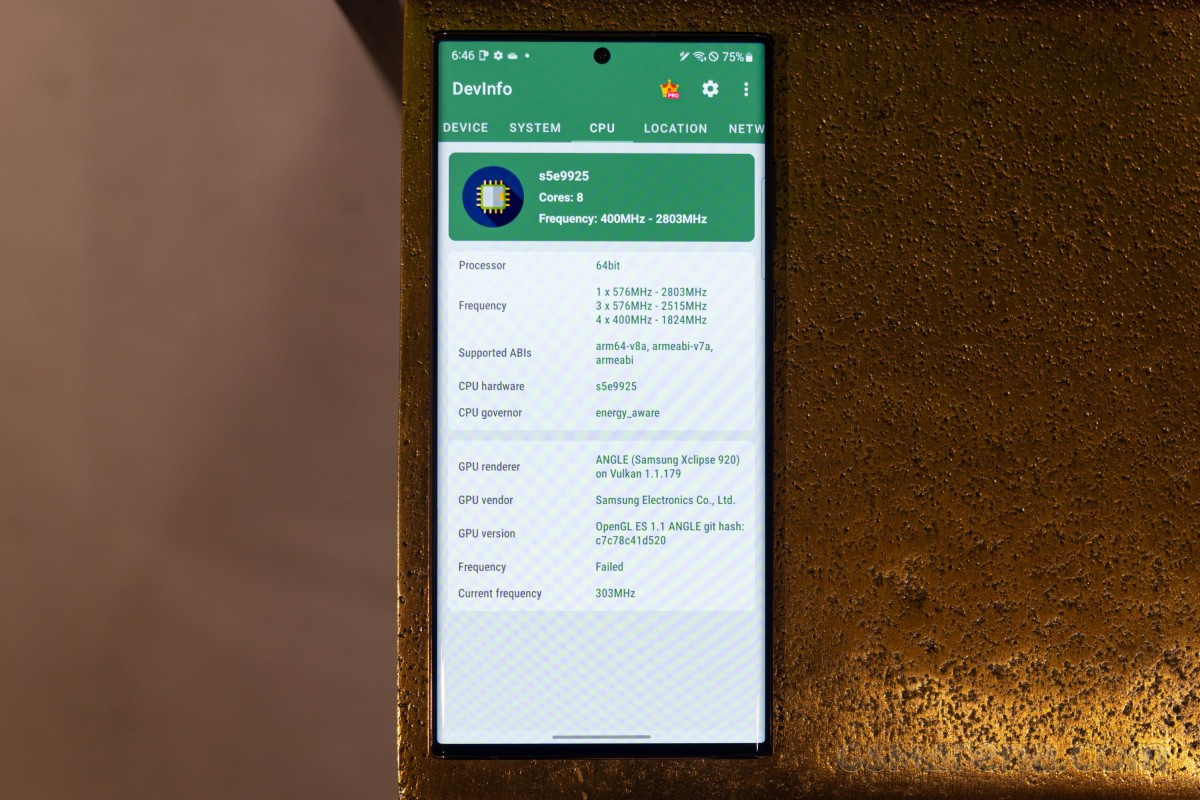 Both chipsets are made on a 4nm process for the cutting edge in performance and power efficiency. CPU configuration is also similar between the two with both Qualcomm and Samsung opting for a 1+3+4 design, with minor differences in the peak clock rates.

Controversies have been sparked in the past about the mostly academic advantages of the Snapdragon over the Exynos in direct comparisons, but this year it may be the Samsung in-house silicon that attracts more of the good kind of attention. The Xclipse GPU in the Exynos 2200 is a result of Samsung's collaboration with AMD and is the first mobile GPU to feature ray tracing for the most natural rendition of light in your games as well as variable rate shading (VRS) for maintaining stable refresh rates.

While the S22 Ultra keeps the 5,000mAh battery capacity of its predecessor, the other two phones come with smaller power packs, and the consequences of this are among the things we're most curious to look into. There are a lot of variables that go into this, including the smaller displays, more advanced adaptive refresh rate, newer chipsets, and all that, but we're never particularly enthused to hear about a reduced battery capacity. And while the S21+ was no slouch in terms of endurance, the S21 left us wanting, and we fear the S22 won't be a step in the right direction. 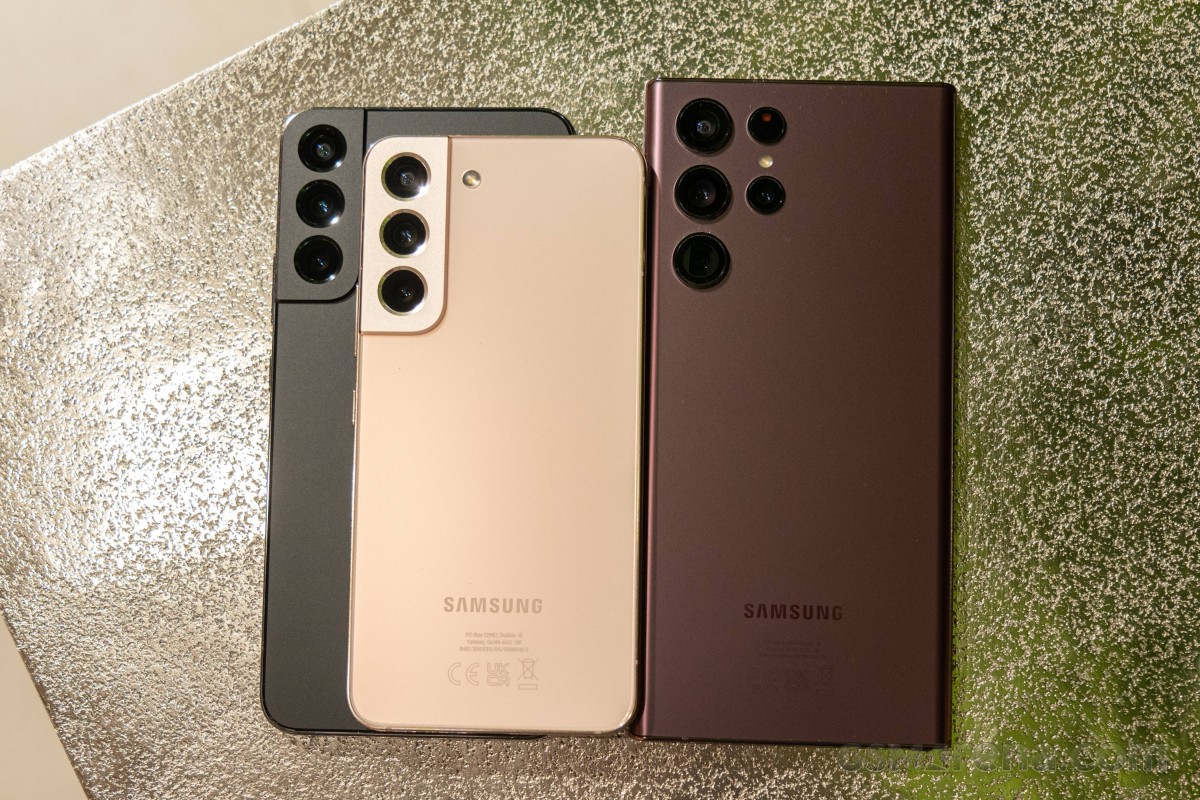 There's one more semi-related bit of the S22's specs that is sort of bugging us, and that's its 25W charging capability, while the two bigger phones can take up to 45W. Having said that, judging by previous experience with Samsung charging, we can cautiously speculate that the Plus and Ultra won't be charging dramatically faster than the vanilla model or the respective previous-gen ones. Though, again, we're open to being pleasantly surprised.

All three phones support wireless charging and can also themselves charge other devices.

The three new phones come with OneUI 4.1 over Android 12. It's a newer version than the OneUI 4.0 that's been running on the S21 generation and the foldables for at least a month now but the (relatively) big changes came from 3 to 4, and the update after the decimal point isn't making a huge difference. 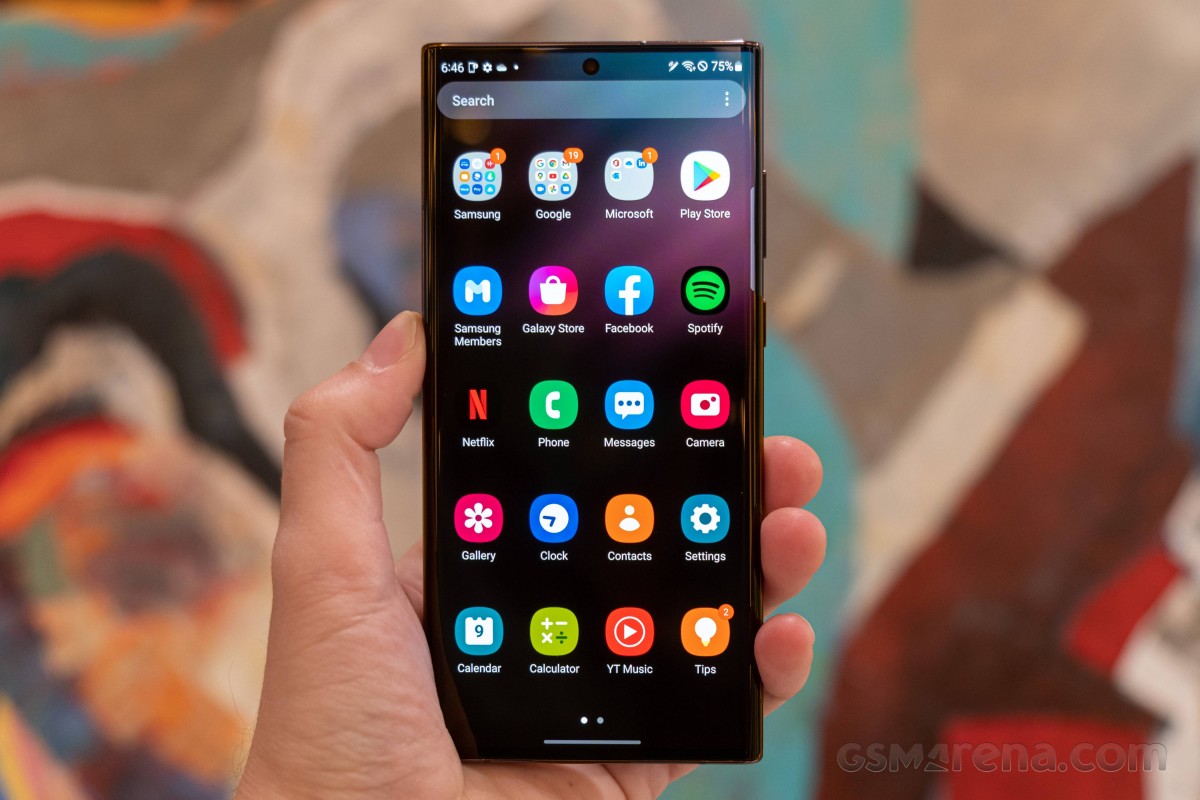 The key words that Samsung says summarize OneUI 4 are customization and privacy. Theming, color palettes to match your wallpaper (native Android 12 feature), and a wide variety of GIFs and stickers in the keyboard were among the things mentioned. On the privacy front, you'd be getting a privacy dashboard in settings giving you an overview of which apps are making use of sensitive permissions. Additionally, an icon indicator will show up in the top right corner of the screen when an app is using the camera or listening in on the microphone. These are already available on OneUI 4.0. 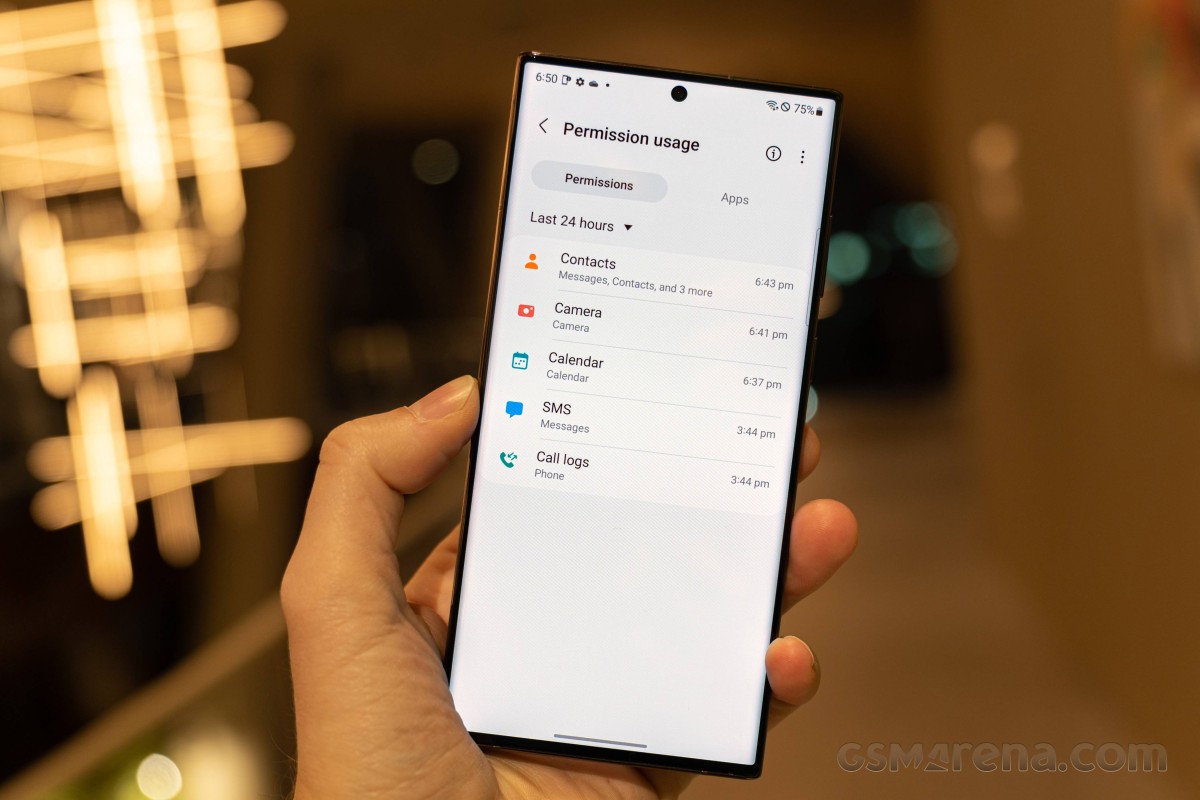 A brand new development this year is Samsung's promise for 4 generations of major OneUI and Android OS updates and 5 years of security patches.