According to what is claimed to be a leaked official specs sheet, the upcoming Samsung Galaxy S22 Ultra will feature a Super Clear lens for its main 108MP camera. It's some new tech advance by the Korean company and its description remains outside of the leaked shot, but it doesn't appear to hard to figure out. 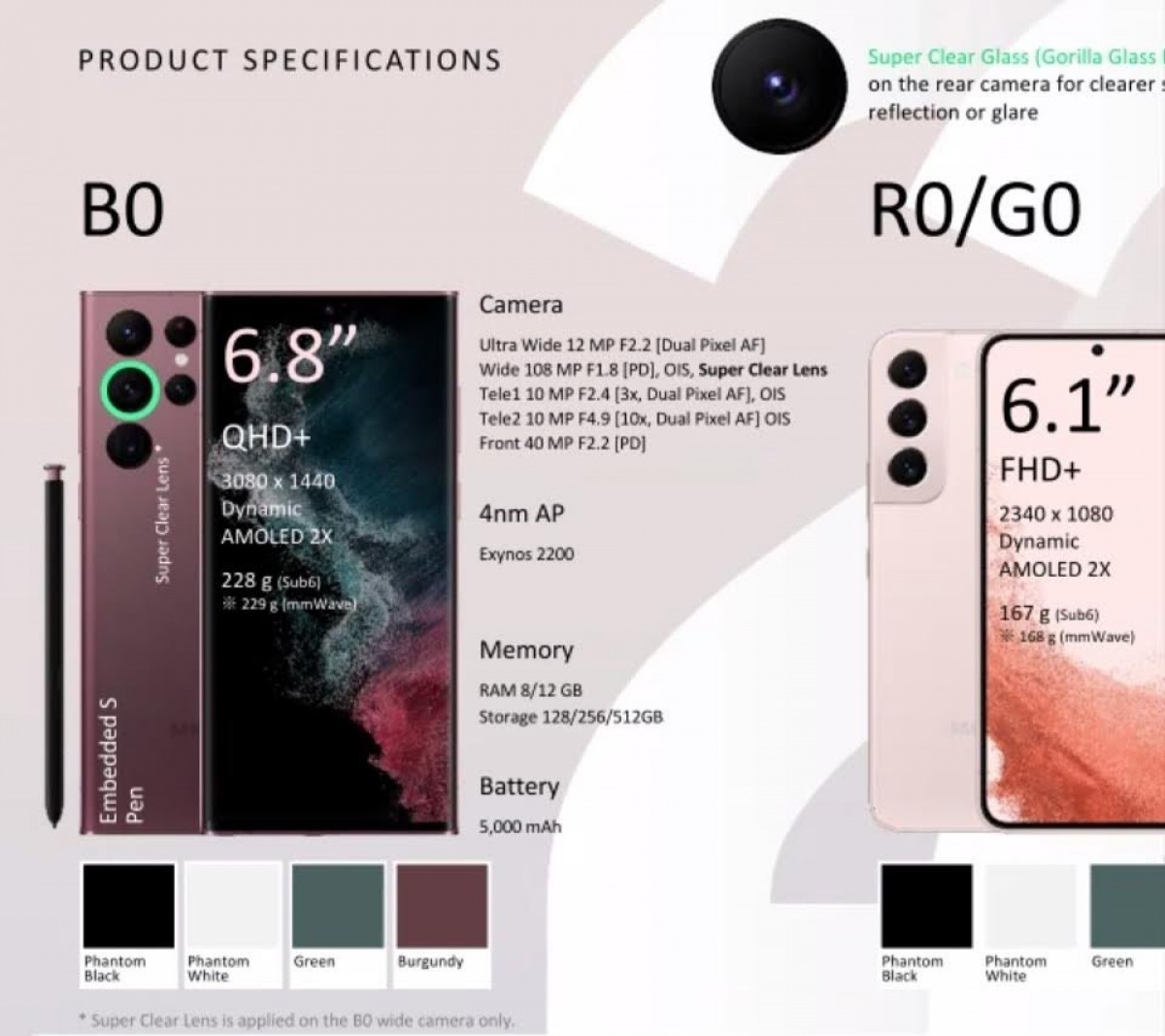 The new lens should provide reduced glare and reflections as well as allow the sensor to resolve more detail. It's very likely a tech similar to Zeiss' T* lens coating found on the vivo X70 series and other handsets.

Additionally, the screenshot confirms the initial color options for the S22 Ultra - Phantom Black, Phantom White, Green and Burgundy as well as dimensions and camera specs.

Bro this is how every sensor ever works, not just the "bayer" ones. There's no pixel in any (almost) sensor that can store RGB information, usually they are all in groups of four pixel (Red, Green, Green, Blue), and during the proccesi...

While the 108MP 'shots' seem to have somewhat more details, this is mainly due to processing, they don't look good in many other ways. Well it is because they are upscaled. The sensor is a bayer type that generates an quite good 12MP R...

Bro , much of those sensors could shoot natively at 108 (My note 20 ultra can) and its not just upscale from 12 MP, its full 108 MP photo which have so much more details.