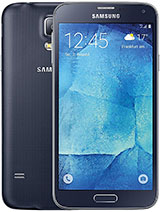 Anonymous, 24 Mar 2021My whole life is in my memo pads. Go to Apps --> Tools ... moreuse Google Keep or something instead

Anonymous, 24 Mar 2021My whole life is in my memo pads. Go to Apps --> Tools ... morethats not good..
memos arent backed up you know?
(unless you use Samsung notes, but I dont think your phone supports it)

Anonymous, 21 Mar 2021Help. I have Samsung galaxy neo & can’t find the notes ... moreMy whole life is in my memo pads.
Go to Apps --> Tools --> Memo.
I've dragged mine to my home screen since I use it constantly.
You can also have whole categories of notes, for different projects, hobbies, etc.

I have galaxy s6 sm-g920az and it doesnt wanna update to android 7.0
should i change my actual phone or do nothing?
im posting this from my pc and my phone is a 32GB Model and 3GB RAM

It was an okay phone I had for five years but it's really outdated compared to modern phones in terms of everything, especially the camera.

The G901F has the following over the S5 Neo:
- A 4-core processor that performs better in single core tasks.
- Better graphics processor.
- A rear facing camera with more features, most significantly features for video recording.
- An infrared (IR) transmitter.
- Micro USB 3.0 (a cable with a different connector is required for 3.0), and support for MHL.
- A (terrible) fingerprint sensor, and barometer and compass sensors.

The S5 Neo has the following over the G901F:
- An 8-core 64-bit Exynos processor (although it unfortunately runs 32-bit Android) that performs better in multi-core tasks.
- More up-to-date firmware with a newer 3.10 kernel.
- Probably slightly better display.
- eMMC storage that has faster read and write speeds.
- A rear facing camera which might take slightly better photos. Main difference from G901F's camera appears to be its wider aperture.
- A considerably better 5MP front facing camera.
- Support for Bluetooth 4.1, while the G901F apparently has 4.0.
- FM radio.

...and probably a few more insignificant things that I've missed.
I've personally bought a used S5 Neo, and plan to run LineageOS on it.

I love it! this is better that my other phones haha

Same this phone is a warrior will not go down went in the sauna, toilet cracked twice and still working. Camera is good compare to these new ones

Huy Nguyen, 07 Mar 2020I'm from Canada and I just got one Canadian version in this... moreWhere did you buy it I’m from Canada

I have a problem with Instagram,i cant add new fotos anymore....

Slicko says: 10/10
I have had this phone since released and I can say (May 2020) it remains superb. I have dropped it, cracked the screen, immersed it, banged and dented it but it keeps on going. If anything the screen crack seems to have melded together over the years. I only purchased one samsung battery since the old one began to drain last year, but it has been a fantastic, versatile and reliable phone. Have and will support Samsung in future as long as they support their products.

Anonymous, 28 Apr 2019does it have screen mirror feature?No

I do agree, it`s a very good phone. I used it 5 years, it served well. No problems, accidents or mess, only battery starts to show it`s age. But now i got a new s10. It`s time to move on.

I'm from Canada and I just got one Canadian version in this March 2020, which is running on android 7.0, I bought a new battery as well and I don't know why I really love it. If you don't play any heavy game or software, this is a great option personally. I sold all my phone (iPhone X & Samsung S8) then switched to this one since I don't need high performance, Lol

CAVBR, 17 Nov 2019I finally got a Galaxy S5 Neo, and my impressions are as fo... moreWhat do u expect for a sang old phone

I finally got a Galaxy S5 Neo, and my impressions are as follows:
- Strange not having the "Touch Key Light Duration" option on the S5 Neo, forcing me to download the "Button Light" app.
- Unlike the normal S5, I couldn't make the "Light Manager" app work properly to manage LED indicator notifications on the S5 Neo. I was only successful using "Light Flow".
- S5 Neo's video player got worse compared to normal S5. Previously, it had 3 screen aspect ratio options (on the S5 Neo, only 2), and more setup options (Sound Alive and playback speed).
- The camera app has fewer options on the S5 Neo, even though it has better cameras than the normal S5.
- Monthly security patch is better on normal S5 than S5 Neo, even though it is newer and received an update in 2019.
- The Theme Store is an advantage of the S5 Neo over the normal S5, but I couldn't find themes that would satisfy me, and what interested me most (Lucas Kendi's TW6DMM) is no longer in the catalog, forcing me installing it from the outside and disabling the theme store and theme center via the 'Package Disabler Pro', which is not the best alternative as it has crashed several times, preventing me from using the buttons or clicking any thing on screen.

Has anyone who has or had Galaxy S5 Neo used it with the S View Cover of the original Galaxy S5? How was the experience?
In my case, I couldn't make the cover work properly, only working in a few moments, where I noticed that it's much more interesting than SM-G900's S Cover mode (because of TouchWiz 6.0, originally from Galaxy S7).
I don't know if the issue is on the cover or on my device, and I've only found videos and reports on the S View Cover from the original S5 on the internet.