We're already used to seeing Samsung release an 'Active' version of its current Galaxy S flagship. The Samsung Galaxy S7 active is the latest in the series and it has been released exclusively to AT&T as it's also become customary. If history should serve as any reference, the model would likely not see availability outside the stable of this particular US carrier. 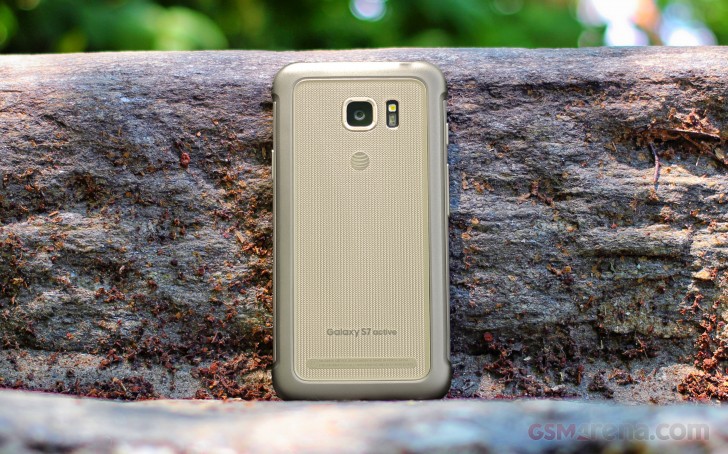 The S7 active has a much larger 4,000mAh battery inside. (by contrast, the Samsung Galaxy S7 has a 3,000mAh battery) Compared to the vanilla S7, there's also the extra physical key on the phone's side which takes you directly to an "Activity Zone" app, which is exclusive to the Active model.

Rest assured, we're all wondering for how much longer the Active series will remain an AT&T exclusive. Surely, there are many fans all over the world who would love to get one as an unlocked, carrier-free device without any pre-installed AT&T apps. We have no idea when that may happen but we're surely keeping our fingers crossed.

As for pricing, the premium for the Active model is just $100, which means it costs the same as the Galaxy S7 edge model in the US. So are the added features of the Galaxy S7 active worth this sort of premium? Read on and we'll find out together.

The issue I encountered with my phone about a year into having it is the back button fell off somewhere. I did a Google search and that apparently is a common issue with this model. A lot of points deducted for this design flaw.

I still have this phone working to this day years after its initial release. Android 8.0 it appears where the OS upgrade stopped. Though sluggish at times, it is extremely customizable in areas that 9.0 and 10.0 restrict. The main breaker for 8.0...

Please I need to find out if this movil works with 3g hsdpa 900 mhz? Some pages says yes but... Thanks