Less than a week after Samsung's newest flagships - the Galaxy S7 and S7 edge - started getting the March security update in the US, the update has started hitting S7 edge units in the UK. 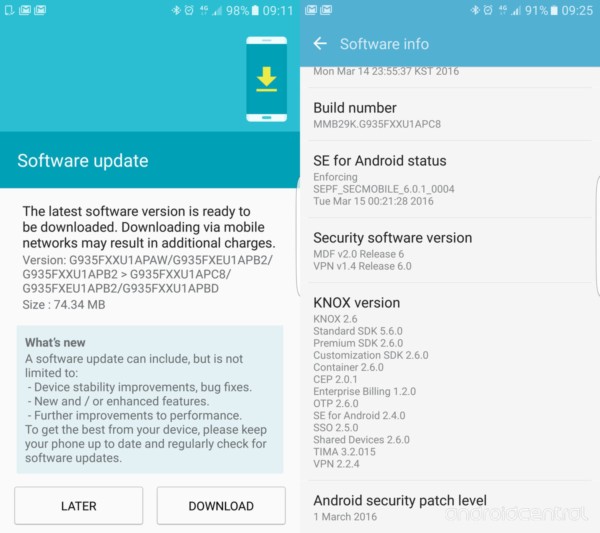 Weighing in at 74.34MB, the update obviously brings all the latest security fixes in Google's mobile operating system. However, there's currently no information on exactly what other changes (if any) are included in the update.

Also not known at the moment is whether or not the standard variant - the Galaxy S7 - has also started receiving the update in the UK, but we'll let you know as soon as we hear something about it.

Can you save save all apps on the memory card

I hope there is no battery life degradation after the update, because it's quet good at this point!