We already know that the 'active' variant of the Samsung Galaxy S8 is in the works. It recently got leaked as well. And now, the device has received WiFi certification from the WiFi Alliance (WFA). 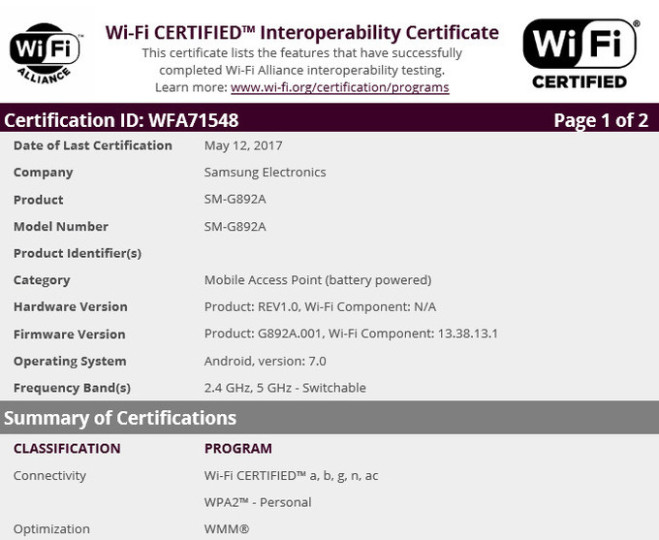 The listing - sadly, but as is usually the case - doesn't reveal anything new, given that we already know the device's model number number (SM-G892A) as well as the OS it runs (Android 7.0 Nougat). Also, no points for guessing that the handset will be exclusive to AT&T in the US.

However, given that it has started collecting necessary certifications, we expect to hear more about the Galaxy S8 active sooner rather than later.

Samsung is working on the Galaxy S8 active for AT&T

Exynos-powered Samsung Galaxy S8+ available for $805 in US

True! An S8 Active with a large battery 4500+ mAh battery and worldwide availability would be a treat! It will also be interesting to see how they design the S8 Active. Will it have an Infinity Display?

The Samsung Galaxy Active usually comes out in June each year, so it shouldn't be long before this latest Active model is released. The S4, S5, S6, and S7 Active models came with 2600mAh, 2800mAh, 3500mAh, 4000mAh batteries respectively. However, at ...