Verizon has started pushing out a new update to Samsung Galaxy S8/S8+ units on its network. Arriving as version G950USQU2BQK5 and G955USQU2BQK5 for the standard and plus variants, respectively, the update brings along support for the carrier's upcoming Gigabit Class LTE service.

In addition, the update also includes Android security fixes for the month of November. As is usually the case with OTA roll outs, it might take some time for the update notification to appear on your device's screen, so be patient. 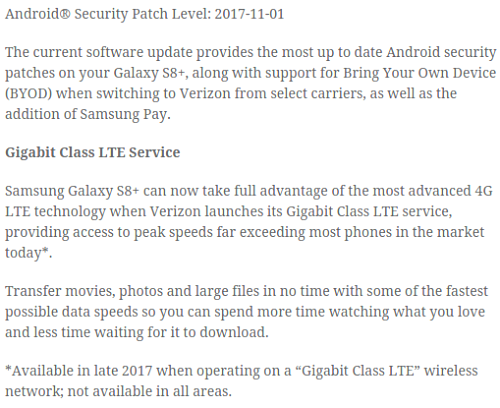 Meanwhile, in another update-related news, the Google Pixel 2 and Pixel 2 XL phones on AT&T have started receiving the Android 8.1 OTA update. Aside from bringing all the 8.1 goodies, the 530+ MB update also adds HD Voice Calling support for AT&T customers. 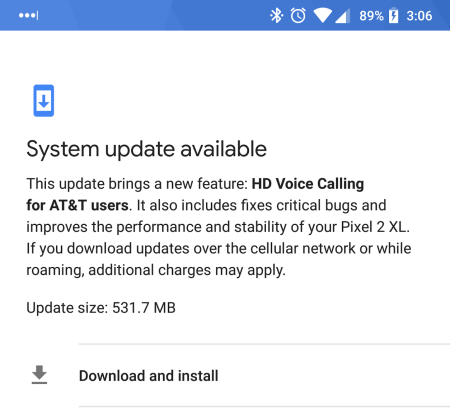 Post update, this new feature can be accessed by heading to Settings -> Network & Internet -> Mobile network.

Galaxy S8 gets a fresh batch of Oreo Beta bugfixes

Samsung has released an update for galaxy s8 plus sprint version . The update is mainly security update.

I presume you have no idea what the difference between a gigabit and a gigabyte are.

Lol .. Is it support Gigabit LTE. NO PROBLEM. Is it have least one Gigabit storage to download .....