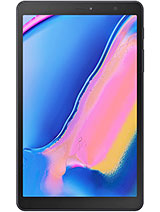 Please suggest a tablet that has a similar size, IPS or OLED screen, and Snapdragon 835 or above.

Anonymous, 16 Feb 2020tap A 8.0 s pen price I suggest you give some detail like where a you from or better check your local online shopping app; in Malaysia can get as low as RM860.

TJ, 29 Jan 2020Compare with Huawei Mediapad M5, which one is better? Not sure the M5 have pen or not, if yes; s-pen a far better due to it app & no battery needed. For the processor & entertainment M5 a far better. This tablet a suitable for note taking on paper size screen rather than rely on samsung note.

They could make it 5000mah battery,this could be perfect battery for this tablet.

Compare with Huawei Mediapad M5, which one is better?

This Tablet is great value and very handy. Its no flagship but its usability is awesome. The ppi is not that bad either.

guys ,, what is the best tablet for reading overall ? except kindles Tablets

Just got this Tab 2 days ago instead of iPad Mini which I also considered (I hate iPhone btw, but had to admit iPad is great). Overall it'a almost the same as my wife's Tab A 10.1 2016, but with smaller size and updated software. I like the 2016's software though, and it has SPen sensor which will activate Air Command when SPen is taken out. Screen size is perfect and built-in SPen is the deciding factor when buying this tab. Performance-wise, I haven't installed big games on it so I can't really tell, but for sure this tab is not as snappy as it's 2016 brother. But since I meant to use it for light work and watch videos, this tab can deliver that nicely. Would've buy this tab earlier if only it has at least 4gb ram and SD6xx (or its Exynos equiv.), but somehow OEMs only make low spec (like this Tab or iPad mini) or ultra-high spec (like Galaxy Tab 5s) and nothing in between. Mi Pad is perfect but it's not officially available in my country and no Pen whatsoever, while iPad Mini is $100 more expensive and the Pencil is another $80.

Mao, 29 Nov 2019I bought it earlier and I love it so far but I can't seem to fin... morevery recommended for writer. I used a lot S- Pen for almost everything. The experience is amazing.

Kismayu, 23 Nov 2019Dear Ahlifikri, many thanks for answering my question and provid... moreMy pleasure, now I like my tab; most of the time using it for entertainment, note taking & quick office editing.

technus, 24 Sep 2019Can I make a phone call and install whatsapp on this device? ThanksPretty sure you can download WhatsApp, and for the SM-P205 version, yes you can make calls

Anonymous, 26 Oct 2019Why it is not available in Egypt?? Where ??I don't know why, to be honest. As far as I know, Samsung only released it in latin America and East (Pacific) Asia, excluding Japan and China :(

Fortunately, amazon exists, so you can get it from there if you would like.

However, I do recommend using Sentio Desktop, which you can get on Google Play. It's similar to DeX and it's a good alternative to DeX

Helpme, 19 Sep 2019 Guys Should I change this for the S3 version if I have the mone... moreIf you want more years of software support, the Tab A is a better option. Otherwise, I'd say go for it with the Tab S3. It has better specs than this Tab A

Kavi, 17 Nov 2019From what I understand this is not yet available in MENA countri... moreThis is available in East Asia (Pacific; excluding Japan and China) and Latin America for a couple months already. I checked the Samsung India website and it looks like Samsung is not selling it as far as I'm concerned. You might have to use third party sellers to get this tablet in India

Overall, I liked it