As rumored last week, Samsung has officially announced the Galaxy Tab S2. Available in 9.7-inch and 8-inch variants, the device is claimed to be the company's thinnest and lightest tablet of its size. 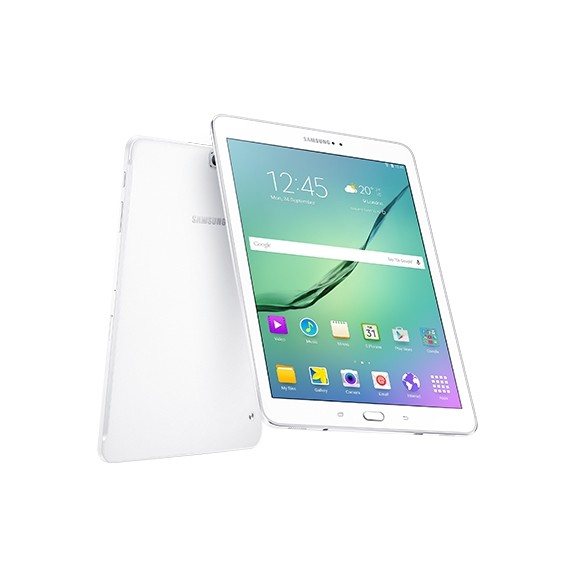 "The Galaxy Tab S2 is not only our thinnest and lightest tablet of its size ever, it also gives users quick, easy access to a wealth of superior viewing and productivity features," said JK Shin, CEO and President of IT & Mobile Division at Samsung. "We believe the Samsung Galaxy Tab S2 is the most complete personal visual device designed for consumers to carry and use anywhere."

On the other hand, the Galaxy Tab S2 9.7 sports a 9.7-inch Super AMOLED display, packs in a 5870mAh battery, and weighs in at 389g. Rest of its specifications are same as that of the Galaxy Tab S2 8.0. Both variants are available in Wi-Fi only or Wi-Fi and LTE configurations, come with a touch-enabled Fingerprint Scanner, and offer Multitasking.

As for the availability, the South Korean company said that the tablet will be available for purchase globally starting next month. There was no word on pricing.

Samsung Galaxy A42 is now receiving Android 13 with One UI 5.0

Exactly I've a Note 4 pens their simple advantage and selling point. also put a retractable scribe within the pen.

With a better screen-to-body ratio than these two, Beidou-powered locator on top of GPS and GLONASS, a proximity sensor, a bigger battery than the 8.0 variant, bigger screen resolution AND pixel density, plus a nifty infrared sensor, I think I'll sti...

Really FM Radio, did you just wake up from the 70's.