Back in November last year, there were reports that Nougat firmware for the Samsung Galaxy Tab S2 is in the works. The following month a Nougat-powered Galaxy Tab S2 was spotted in benchmarks. And now, the device has received WiFi certification. 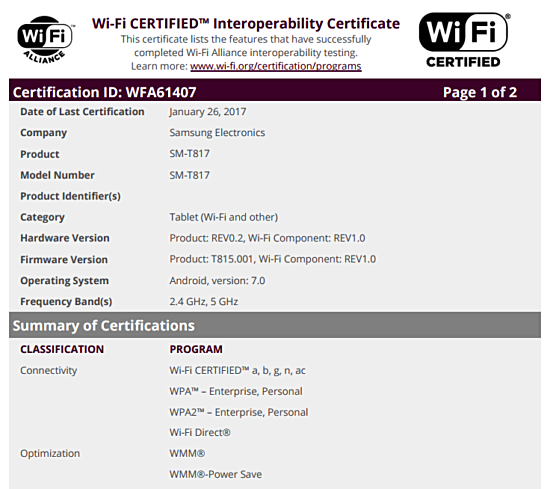 The certification reveals that the tablet is powered by Android Nougat version 7.0. Sadly, there's currently no information on when the update will be rolled out, but given that it has started collecting necessary certifications, we expect the roll out to begin sooner than later.

It is a freaking update! They not releasing anything new. Yes! The law! They following it very well! Tab S2 was released in 2015 and now is 2017. Its been more than 2 years!

You dont even read. It says Nougat update coming to Tab S2. Samsung not releasing new tablet. It just update.

Exactly my point, they should upgrade the original. Not release a new one just so that to upgrade the software. Stop supporting illegal practices (according to EU law any new product ought to be support for at least 2 years).