Just as expected, the Samsung Galaxy S8 pair did not make their debut at MWC 2017. The Korean giant has a more lavish introduction planned soon. But, even while holding out on us, Samsung still brought quite a few goodies to introduce at the Barcelona venue. The Galaxy Tab S3 is definitely among the most exciting, as it has the potential to breathe new life into the company's stagnant tablet business.

Samsung has ditched the 8-inch variety this time around. This does make quite a lot of sense, considering the constant growth of display size in the handset realm. The Galaxy S8+ is currently believed to have a 6.2-inch panel. The Korean giant has been thinning out the tablet selection recently, gut there are still the 7-inch Galaxy Tab A 7.0 (2016) and 8-inch Galaxy Tab E 8.0, to saturate the lineup to some extent. Both are, however, quite lower end devices than the Tab S3.

The Tab S3 is also the first flagship Samsung tablet to come along in quite some time. Both the previous generation Tab S2 models came equipped with a decent, but still mid-range Snapdragon 652 chipset. The same goes for the Galaxy Tab A 10.1 (2016) form last year, which put a big emphasis on power efficiency, through the Exynos 7870. 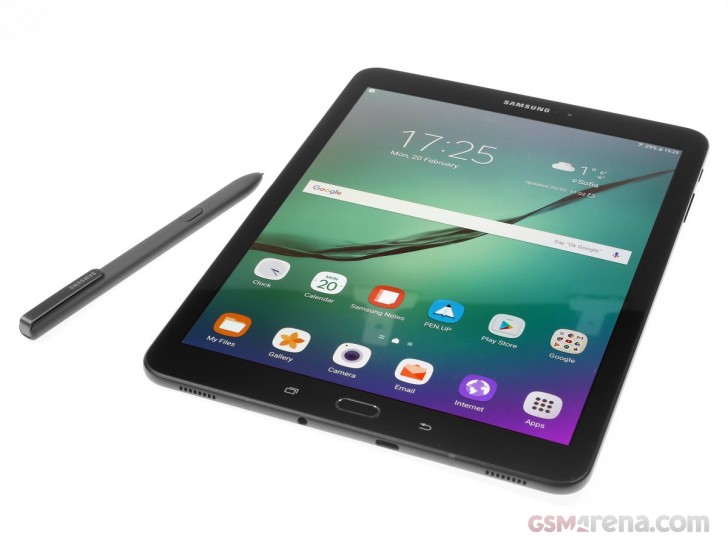 The Tab S3 is a true flagship, equipped with a Snapdragon 820 and 4GB of RAM. You are getting the slower 2.15 GHz clock speed on the faster Kryo cluster, but the difference between it and the Snapdragon 821 really isn't that significant.

Please provide Android 10 update for Tab S3 as it has introduced flagship tablet from Samsung@high price.

be careful about spending too much money on samsung "flagship" devices - they wont leave good enough alone , theyll send u updates after updates ( some useful , others just junk ) to ultimately slow our "flagship" devices down and turn their performa...