The listing doesn't reveal any specification of the Galaxy Tab S6 Lite other than confirming Bluetooth 5.0, but thanks to Geekbench we know it will come with an Exynos 9611 SoC, 4GB RAM and Android 10. 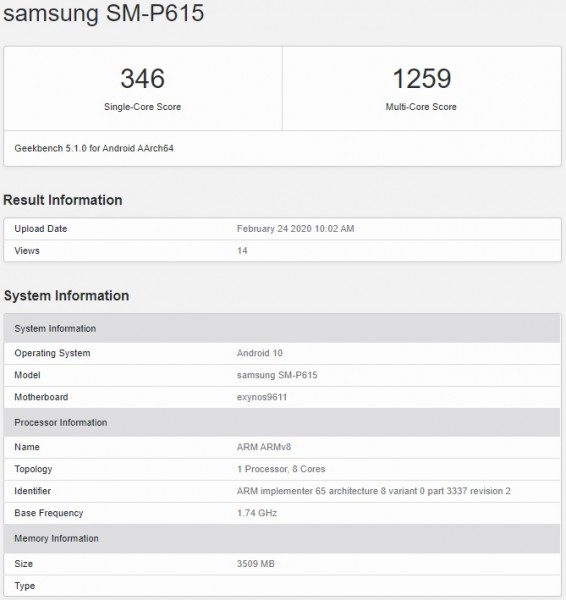 According to a report by SamMobile, the SM-P615 is an LTE variant of the Galaxy Tab S6 Lite and there's a Wi-Fi-only version as well bearing model code SM-P610 - both of which will be available in 64GB and 128GB storage options.

Details are scarce about the Galaxy Tab S6 Lite right now, but we should hear more about it in the coming weeks.

Thanks for the tip, Mitul Chaudhari!

I think you are better off with Tab A 10.1, since both are weak, at least for my normal use. And there are no big differences between both aside from the memory space and the chip inside. and since the cheaper one (Tab A 10.1 in this case) has Ex...

That's my point! It is slightly better but because the new lite will be a '6' line it will probably be more expensive even though it will be weaker!