The Galaxy Tab S6 Lite looks similar to the vanilla Tab S6 and the image reveals it will retain the S-Pen.

The tablet also has the cellular network icon in the status bar, meaning it will support LTE connectivity. But it's said to have a Wi-Fi-only variant as well. 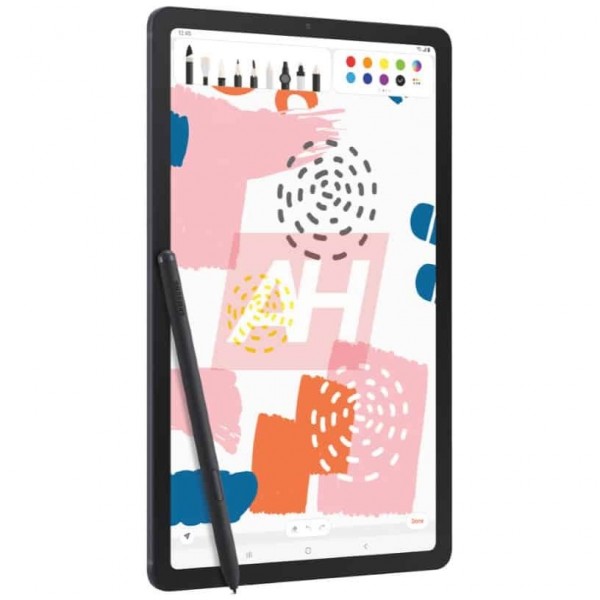 The Galaxy Tab S6 Lite is rumored to have 64GB and 128GB storage options, and according to Geekbench, it will run Android 10 and have an Exynos 9611 SoC at the helm paired with 4GB RAM.

The rest of the specs of the Galaxy Tab S6 Lite are still a mystery, but more information about it should surface soon.

No 3.5mm Jack, power plug on the bottom. I like to sit it in my lap and plugged in, charged. I thought it was an upgrade version of the tab A. I should have researched it better. It does work good.