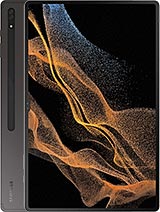 Anonymous, 08 Mar 2022It's not about the fact that I can't afford it, i... moreShould buy external USB-C DAC if you're hardcore audio user

Anonymous, 08 Mar 2022It's not about the fact that I can't afford it, i... moreI had wireless headsets that had lasted 4 years etc. Its how you take care of your stuff. And they does sound great so if a 3.5mm jack is soooooo important to you buy a midrange tablet or a cheap Chinese tablet and give it a rest!!! Its 2022! 3.5 mm jack is no more for flagships!!! The world has accepted it........move on!!!

nobody, 28 Feb 2022On a tablet, who would like to have a cord hanging around? ... moreIt's not about the fact that I can't afford it, it's the fact that they won't last and they need to be charged and have lossy audio as well as higher latency than wired.

GreenCopperz, 01 Mar 2022Look, those that say, "Buy an expensive tablet, you ca... moreHope you don't mind if I both agree and disagree with you at the same time. Yes, wired is going to be better than wireless but I don't understand that through the 3.5mm port is the best way. This is due to the fact that the digital to analogue converters in most mobile devices, PCs and Laptops actually aren't that good and you are stuck with them if using the 3.5mm port. If you use the USB-C port and an external DAC/Amp, you are going to get better sound.

I have not used one personally, hence why I used the word "understand", and the prices range from £10 -£100 for one. It does make sense, if you are using a better converter though!!

See this company Samsung cost table and ultra in end but cheap class 5 . How much like money why didn't make her class victus +

Metaldrums666, 02 Mar 2022@we're content creators you better be an art creator a... moreThen be quite and buy a 11 inch laptop steuppps

GreenCopperz, 01 Mar 2022Look, those that say, "Buy an expensive tablet, you ca... moreBro..u can use dongle

GreenCopperz, 01 Mar 2022We want to use our expensive hi-res headphones, not lossy c... more@we're content creators you better be an art creator and not a social media "content creator" lmao

GreenCopperz, 01 Mar 2022We want to use our expensive hi-res headphones, not lossy c... more"Some of us are content creators" blah blah blah
Then don't buy it. Stick to your PC

The Critic , 28 Feb 2022A lot of brain cells and yall still dont get the fact that ... moreWe want to use our expensive hi-res headphones, not lossy compressed POS buds.... You don't get it because you accept poorer quality audio. Some of us are content creators that demand the highest standards and not those of consumers who have no discerning ear and accept subpar.

Look, those that say, "Buy an expensive tablet, you can afford wireless earbuds!" Look dude, some of us have very expensive wired professional headphones. Wireless - no matter how expensive equates to lossy audio and codecs that compress audio which render the purpose of having high quality headphones in the first place. So stop saying we don't need - WE DO NEED. My headphones are 5Hz to 40000 kHz Hi-Res, I paid over $400 for... why would I downgrade to compressed audio codecs that can only do 60Hz to 20000 kHz at a bitrate that makes the audio sound crummy compared to the richness I am used to? Stop trying to use your argument we don't need it based of your acceptance of sub-par compressed audio!

The Critic , 28 Feb 2022A lot of brain cells and yall still dont get the fact that ... moreOn a tablet, who would like to have a cord hanging around? you can pay lots of money for the tablet and can't afford a couple of wireless ear pieces?

inmorthex, 27 Feb 2022A lot of money and they cant put a jack audio.A lot of brain cells and yall still dont get the fact that 3.5 mm headphone jacks are not coming to Samsung flagships again 😑🙄

A lot of money and they cant put a jack audio.

Kevin innovation , 23 Feb 2022Do it have wireless charging systems Pretty sure it doesnt but if it did what charger would you even use, this thing is a behemoth of a device

One is much smaller than the other. One is a Tablet, the other a cellphone. One has an optional keyboard / case but then there are just too many differences to list even though one is not comparable to the other for many of the obvious reasons. Why do manufacturers expect to sell laptops with ridiculous price tags and then want you to pay extra for an extended warranty ? Simple reason, greed and because some think hula hoops and pet rocks are worth investing in.

Do it have wireless charging systems

a lot of information is not here like the build material. So pls include it. It will be great.