A Samsung smartphone bearing model number SM-G398, believed to be the Galaxy Xcover 5, received FCC certification more than a week ago. However, it turns out that this device will carry the Xcover 4S moniker, and its detailed specs and renders have just surfaced to tell us what to expect from it.

The Galaxy Xcover 4S comes with a rubber coating which not only helps with the grip but also adds a level of durability and resistance against impacts. It has IP68 and MIL-STD 810G certification.

The Xcover 4S sports a 5-inch LCD having 1280 x 720-pixel resolution and a screen density of 294 ppi. Below this display are the physical navigation buttons, and above it is the 5MP selfie camera having f/2.2 aperture. 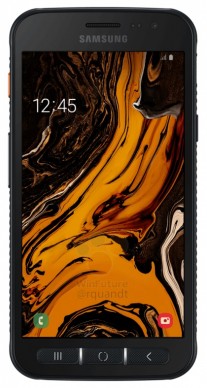 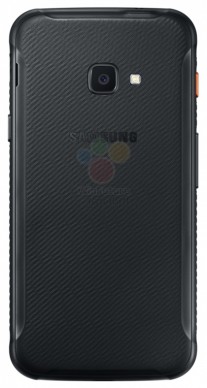 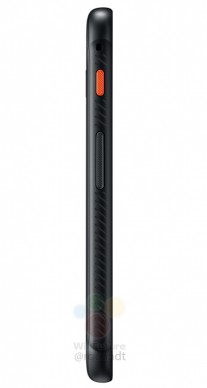 Around the back, you get a 16MP F/1.7 camera. On the right side of the phone is the power button, and to the left is the volume rocker accompanied by an orange colored Xcover Key which can be used to launch any app or function.

Under the hood, the Samsung Galaxy Xcover 4S has an Exynos 7885 SoC which is mated to 3GB RAM. The smartphone has 32GB of internal storage, but you do have the option of expanding it further via microSD card.

The Galaxy Xcover 4S weighs 172 grams and ships with a 2,800 mAh removable battery which draws power from a USB-C port. It's said to go on sale from June 12 with a price tag of around €250.

Samsung has quietly made the Galaxy Xcover 4 official

Rugged phones don't have to be big. Motorola DEFY was rugged but wasn't much bigger than iPhone.

More close to SD2xx series is that 6750 with around 40k antutu score. For the Xcover more close to SD660 on antutu score then 535 that will have 15-20k less. But for me i dont much care cause xcover can have all the fancy worded protection on th...

If it were using the Exynos 9610 it could be a decent deal.