A press render of the Samsung Galaxy Xcover 5 we've been hearing about since late last month has surfaced, revealing its rugged design.

The image was shared by leakster Evan Blass, who claimed the Xcover 5 is not a successor to last year's Xcover Pro, but a follow-up to the Xcover 4s launched back in 2019.

While we are yet to hear anything from Samsung about the Galaxy Xcover 5, the smartphone has moved a step closer to the launch as it bagged Bluetooth SIG certification.

The certifying authority didn't detail the Xcover 5's specs, but it did confirm that it will come with Bluetooth 5.0 and have two models - SM-G525F and SM-G525_DS. The latter is likely a dual-SIM variant, and the former was spotted on Geekbench last month with an Exynos 850 SoC, 4GB RAM, and Android 11. 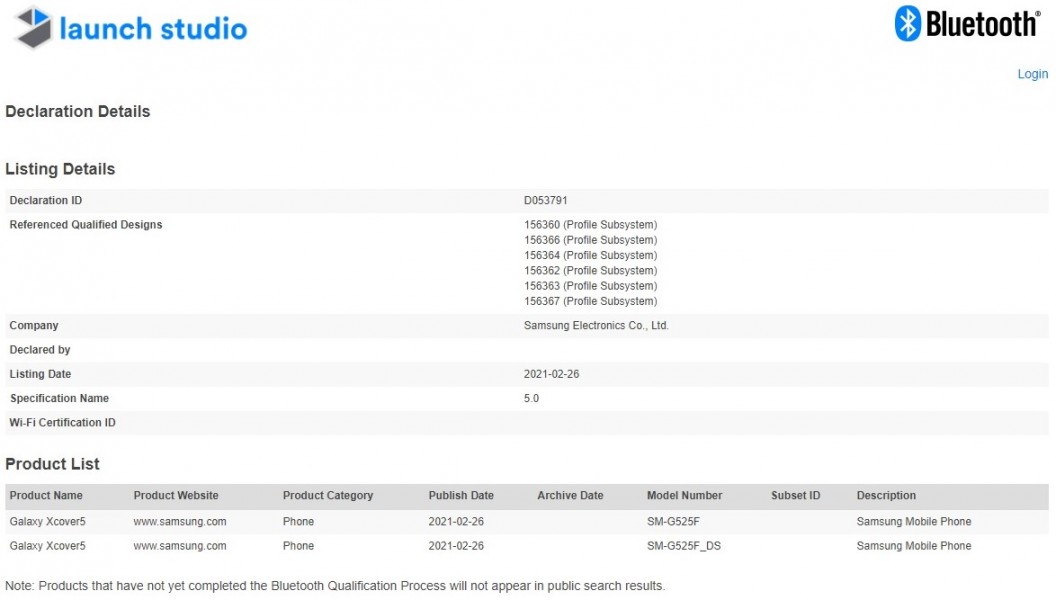 The rest of the rumored specs of Galaxy Xcover 5 include a 5.3" HD+ LCD, 64GB storage, microSD card slot, and a 3,000 mAh user-replacable battery that will charge through a USB-C port at up to 15W.

The Xcover 5 is said to feature 16MP primary and 5MP selfie cameras, and come with an NFC chip onboard. It will be IP68 dust and water-resistant, carry a MIL-STD-810G certification, and is expected to cost around €300.

Samsung Galaxy Xcover 5 will cost around €300, a cheaper alternative to the Xcover Pro

147mm thats kinda big. I had the Xcover 4 that was a fine phone. People seem to be very happy with the Xcover Pro, but with 16 cm its very tall. Mind you, i dont mind handling a hefty rugged phone i dont care how wide it is but it should NO...

I really hope this time they won't forget the fingerprint sensor! That's the only thing really missing on my XCover 4S.