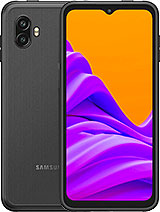 JJKang, 17 Jun 2022No I mean it will launch as Samsung Galaxy XCover6 Pro.The interesting things about this phone is the replaceable battery, the POGO charging and its ruggedness along with many years of update.
IE: it's longer-term usability. .

Which name it gets, is much less important.
What will be crucial is how much of an upgrade this new version will bring to the original XCOVER pro.
😶‍🌫️

JJKang, 02 Jun 2022If it is not launching.It's said to be released on the 13 of July 2022.
I shall be following it closely.
Waiting to see if it's worth to update my xcover pro version.

[deleted post]If it is not launching.

I am awaiting its release to buy it.
Thanks Samsung.
Marzio from Italy

935Baby, 24 Apr 2022Totally do not uderstand why the hell, they still plan to u... moreIPS display is used because they are more durable than AMOLED displays, as such, they are better to use in a "rugged phone"

935Baby, 24 Apr 2022Totally do not uderstand why the hell, they still plan to u... moreAll the specs up there are just made up by GSMArena, Samsung has not released anything. Only Samsung knows what screen the XP2 will have, GSMArena is just guessing.

That being said, IPS would make sense. It is more robust than OLED, suffers no burn-in, gets brighter for outdoor use and even costs less. XCovers are practical work phones intended to be used for many years. OLED is inferior for this; its image quality advantage is negligible and irrelevant for a tool phone. The XCover FieldPro has OLED and does not exactly sell like crazy compared to the rest of the family - the typical XCover customer does not seem to need OLED.

Totally do not uderstand why the hell, they still plan to use IPS display? Will Samsung ever wake up from blidness and put inside some cutting edge hardware? I really do not see point to continue production of Xcover series equipped with old hardware.

This Xcover series is loosing its sense, because if you buy some Galaxy S-series phone with IP68 spec and put it in rugged silicon cover you have far better phone with same durability. And I do not expect this combination fail even in MIL-STD-810G tests.

Here one important note for summer use in combination with polarized sunglasses. There is some error-phenomen about which officials do not speak and it is following:
if you put the phone into landscape mode and you are wearing polarized sun glasses - the screen is basically unusable (goes totally dark). But when you rotate it to portrait mode, its visible again.

Biggest weakness of my XCover Pro is battery...I use it for browsing only on facebook, very few video play but it hardly lasts a day...another weakness is the auto screen brightness...this seems to be a common problem with Samsung rugged smartphones...both my XCover 4 and Xcover Pro can't get the auto brightness correctly which btw have LCD screens...my A7 2017 auto brightness works perfectly and its battery preforms better than the XCover Pro.

Ik, 01 Apr 2022A „durable“ phone for probally 500€ that has „only“ Gorilla... moreXcover users have good feedbacks when it comes to security updates, even more now that Samsung "promised" longer software support. And did you compare this to a no-name brand?

Ik, 01 Apr 2022A „durable“ phone for probally 500€ that has „only“ Gorilla... moreLol, you have to be utterly desperate to say Ulefone is better. Their so-called "rugged" phones are beyond joke, both hardware and software.

A „durable“ phone for probally 500€ that has „only“ Gorilla Glass 5, 4gb 64, a crappy exynos
and probally not 4years of os updates is a bust. Ulefone is more durabale, has a better chip
10000mah battery and Gorilla Glass Victus

Most of the specs listed up there are pure speculation, pretty much anything with a number is just guesswork. And who came up with the idea that there would be different RAM and storage size variants - has Samsung ever done this with XCover phones? I do not think so. I really wonder why GSMArena bothers with this. Discussions of details are rather premature and just lead to confusion. The worst is though when the bad specs do not get fixed after the release (like with the XCover FieldPro).

- samsung add tv out only to flaghship model

I'd love to see Samsung giving USB-C 3.1 with video output and DeX support on this phone. I would definitely think of buying one. Considering the targeted demographic audience of this phone, DeX support should be a necessity as there are companies that embrace Bring Your Own Device (BYOD) policy.