Samsung has stuck with its rugged Xcover series of handsets pretty faithfully throughout the years. As per an earlier scoop, courtesy of XDA, the next Xcover device on the horizon is the SM-G715F. Despite the similarities with the Galaxy A71, SM-A715 model number scheme, the SM-G715F is, apparently, an Xcover phone, likely to be called the Galaxy Xcover Pro.

SM-G715F seems to be the Samsung Galaxy Xcover Pro. It'll be coming to Europe and will launch with Android 10.

The same phone has now popped-up at the Wi-Fi Alliance, hinting at an imminent release. As per the document, the handset will be available in at least two versions - SM-G715FN in Europe and SM-G715D internationally. Both, apparently, running Android 10 and supporting both 2.4GHz and 5GHz Wi-Fi. 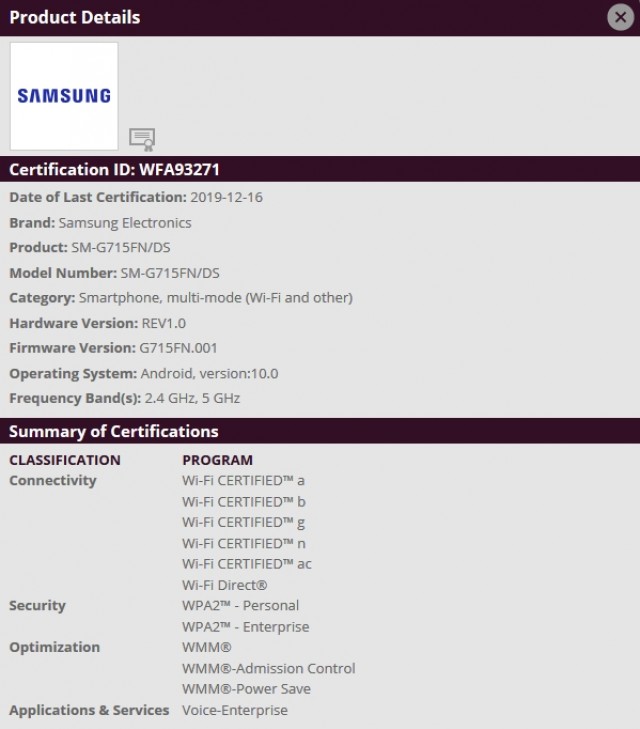 Unfortunately, that's about all the information that a Wi-Fi Alliance certification can provide. Beyond that, the Samsung SM-G715FN has also been spotted on GeekBench. That listing revealed the handset will be powered by an Exynos 9611 chipset, with its CPU clocked at 1.74GHz, along with 4GB of RAM. 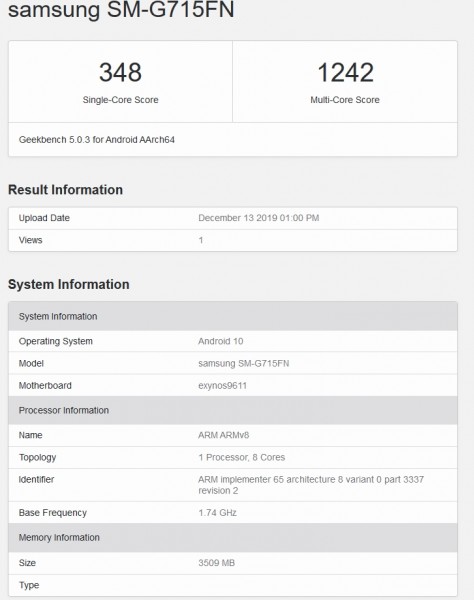 This means the Xcover Pro will be yet another mid-ranger - probably sliding below its most recent Galaxy Xcover FieldPro sibling. The "Pro" part in the names of both of those are meant to denote professional use, rather than upmarket internals so don't get your hopes up.

Judging by the Xcover track record, MIL-STD-810G and IP68 certifications are basically a given. Still, in the long-standing absence of "Active" variants of mainstream Galaxy flagship phones, it would have been nice to see some beefier specs in a future Xcover phone.

Heh, I wonder how’s their warranty policy on these and whether price has to do something with it. I had B2710 which got water ingress because of me not taking it into warranty with defective battery cover, still local carrier replaced it with brand n...

Good, but glass is glass