The Android Oreo firmware rollout for the golden oldies Galaxy S7/S7 Edge has reached Sweden and by extension will likely start showing up in other Scandinavian countries too. 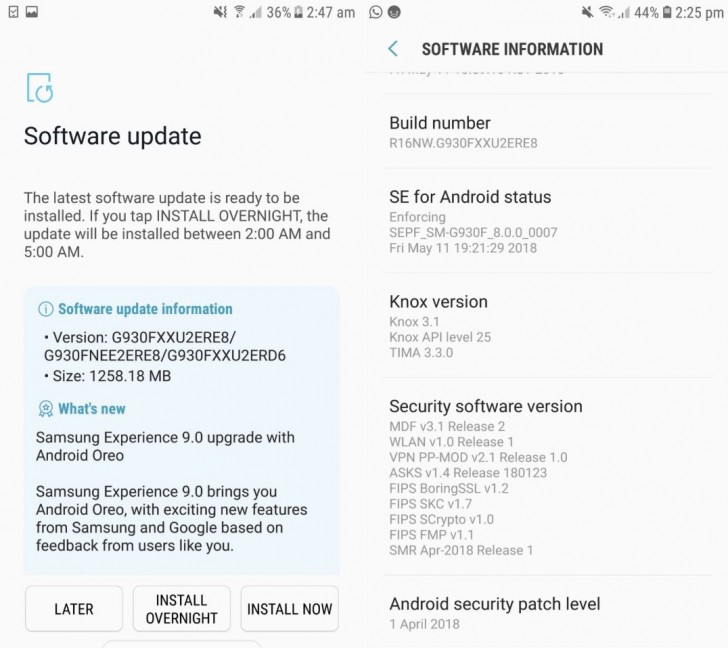 If you live in Sweden or other Scandinavian countries you can check for an update on your Galaxy S7/S7 Edge.

Samsung has had a trying run in bringing Oreo to its older flagships. The early firmware caused reboots and was halted and subsequently resumed when the bugs were ironed out. Now it seems everything is fine.

It is 8th June 2018, I am a S7 edge user from India. Just received the oreo and Samsung experience 9.0 OTA bundle.

My Samsung Galaxy S7 Edge UAE in India got oreo update today. Update is of 1394.94MB.