The Gear Sport, a rather niche, yet powerful smartwatch went official today at the special Samsung event in Berlin. It comes in Black and Blue version and those are usually bundled with two silicon bands - long and short in length, but same in width. 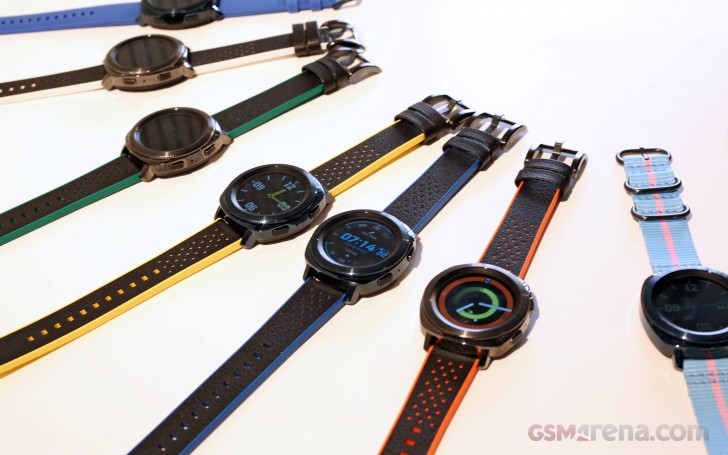 The universal width of 20mm for the bands seems odd, but apparently Samsung has designed everything to be unisex. But in case you are not keen on the silicone straps, Samsung will be offering 23 additional ones made of fabric, leather, rubber, hybrid (rubber and leather) and more. 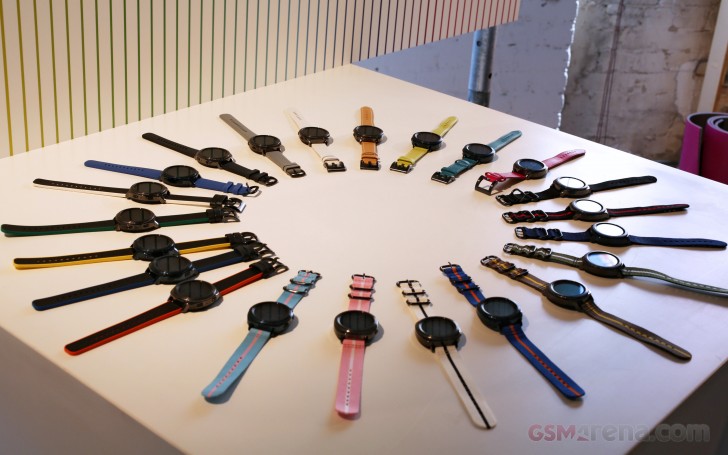 Indeed, the Gear Sport seems as universal as it can get - the body is 42.9 x 44.6 mm and the circular Super AMOLED screen is 1.2" with 360p resolution. The watch weighs just 50g without the band.

We already mentioned the Gear Sport targets swimmers and its proofing specs say it all - 5ATM resistance (50m depth of pressure), MIL-STD-810G rating which translates into pool and salt water, sand and dust, UV, shock, among others. The front glass is Gorilla Glass 3, while the case is made of stainless steel.

The new Health app launching with the Note8, but also available on iOS, will fully support the Gear Sport and its advanced features. Some of those include calories consumer tracking and automatic workout recognition and tracking. Apparently with the Gear Sport you will no longer need to set what workout you are going to start - the Sport will know. Even better, it was made to recognize all standard swimming styles. 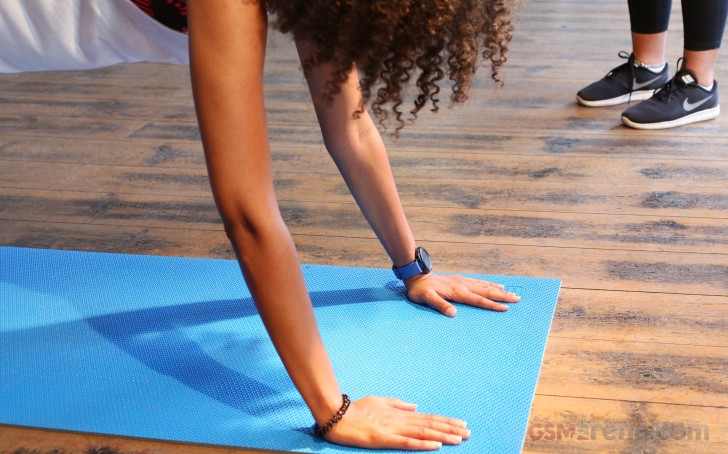 And here is one very useful feature coming with the Gear Sport. No, it's not the GPS, heart-rate, and NFC for Samsung Pay, although those are available. It's option to turn off the capacitive sensors on top of the screen with a 3s hold on the lower key - that way the screen won't go haywire when in contact with water. 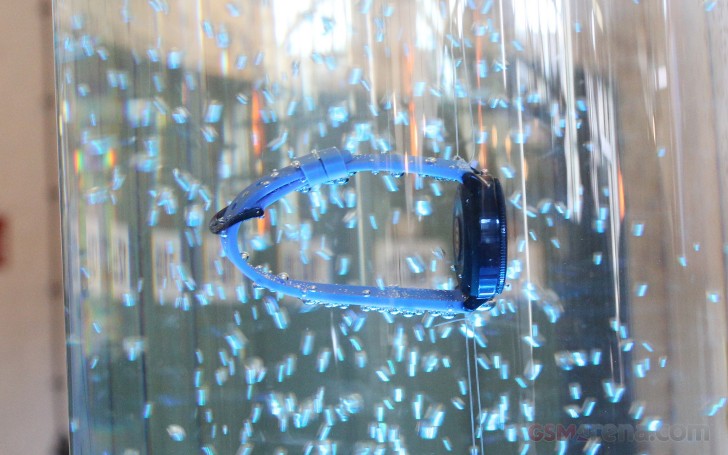 One more thing we should note is the presence of a Power Point/VR controller inside the watch - in fact a Gear Sport was used to control our entire presentation.

The Gear Sport feels much lighter than the Gear S3 and as expected - its looks are pretty sporty. The screen is very bright, and the Tizen looks as good and friendly as ever. Even if you are not swimmer, the Sport has the needed tech to follow you through whatever workouts you will be doing and collect all the information automatically. And in case you are new to the sports, Samsung and its new S Health app offers various videos and tutorials to get you started on different workout routines.

I am disappointed by the Samsumg Gear Sport.

Can the gear sport make and receive calls

In what way has the hr sensor improved?