Samsung launched the bean-shaped Galaxy Buds Live earbuds in August alongside the Galaxy Note20 smartphones. Now, the company posted an infographic, showing how its new hearables stack up to the already existing Galaxy Buds+. 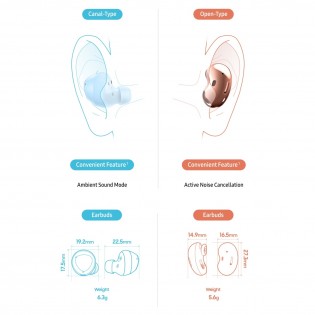 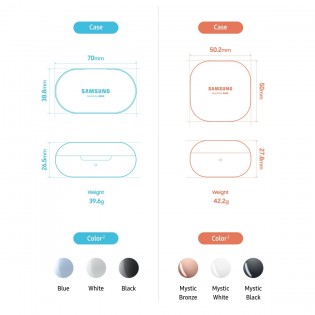 The Samsung Galaxy Buds were decent and when the Galaxy Buds+ arrived with major boost in audio quality, we were really impressed. The Korean company says they provide “superior sound quality for an immersive listening experience”.

It's not the Galaxy Buds Live sound terrible, but due to “comfortable usability and unique design”, they are certainly less immersive. However the Buds Live do have ANC, which is missing on the Galaxy Buds+. 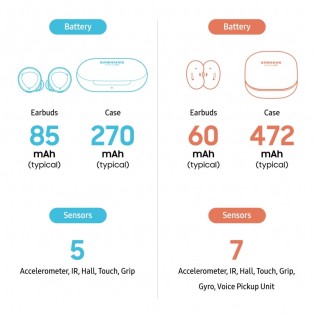 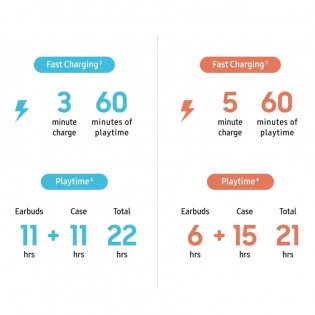 The Galaxy Buds+ and Galaxy Buds Live also have a different charging case and different colors. Due to the unique form factor, battery capacity is also different, but in the end Samsung promises equal total time of playtime - around 21-22 hours.

The Galaxy Live's 12mm drive got highlighted and contrasted to the Galaxy Buds+ dual setup of woofer and tweeter. Both earphone models have two external/outer microphones that are aligned in a way to always find where the voice comes from so it doesn’t get blocked or muted during calls. 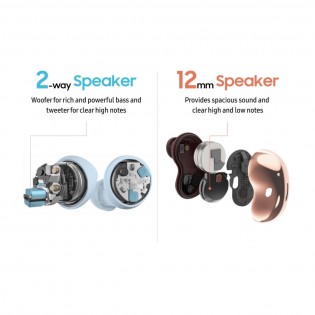 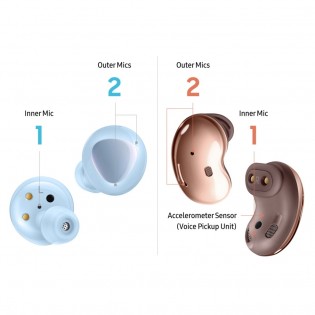 There is another major difference that Samsung did not mention in its official infographic - the price. Both can be purchased right now from the company's website, and while the Galaxy Buds Live goes for €199/£179/$169, the Galaxy Buds+ is up to 20% cheaper (market dependent).

I get the ear fit problem but the NC, they sayd it wouldn't block all noises and would be weak couse they are not good for passive block

I owned both the plus and live, and I kept the live and gave the plus to my fiance. These are very discrete and don't look awkward during web calls. Also I find call quality and audio quality superior. Only con would be the difference in battery...