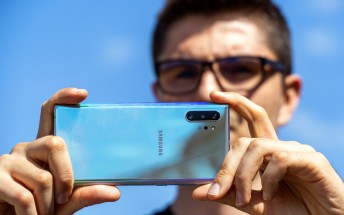 Apple announced the so-called "Deep Fusion" feature on its iPhone 11-series smartphones the other day, promising excellent photos thanks to an advanced machine-learning algorithm. Details were scarce but it sounded a lot like Google Pixel's HDR+. And according to the latest rumors, Samsung is working on a version of its own.

Samsung is also developing the Deep Fusionfunction similar to the iPhone 11 Pro, and really plays the role of the NPU in taking pictures and videos. We can look forward to the Galaxy S11.

Ice Universe is a renown Samsung leakster and most of the predictions coming from this Twitter account are on point, so we have a good reason to believe the report. Samsung's new feature is supposed to take advantage of the NPU inside the upcoming Exynos chipset, which will power the upcoming Galaxy S11-series.

Yeah, but they just copied the 4 wheels of the horse and carriage guys...yawn so unoriginal.

"machine learning and neural network algorithms" They are mostly for HDR+ processing, such as tile-based image stacking that prevents moving part of the image from being merged, AI white balance correction etc. It's good that PVC supports 3rd party...