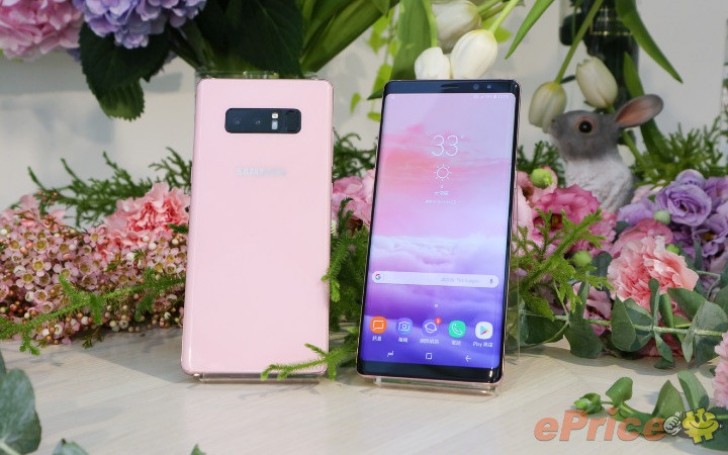 After the Pink Galaxy S8+ announcement, the Galaxy Note8 flagship is also introduced first in Taiwan. According to sources, 30% of all smartphones sold in the country are in some shade of Pink.

Apparently, Samsung decided to go all-in with the color and painted the back panel, the metal rim, all the buttons on the sides and even the S Pen. One thing Samsung didn’t dare to change is the Infinity Display - the tiny bezels stay black. The dual camera setup also is unchanged.

the way they're presenting it makes it look like a bar of soap...

Fingers crossed this makes it internationally. Or one could be imported.