Samsung’s One UI 2.0 beta based on Android 10 has been open to the Galaxy S10 series, Galaxy Note10 duo and the Galaxy Note9 for a while now but starting today Samsung is adding the Galaxy S9 duo to the program. Currently, the update is live in India and South Korea. 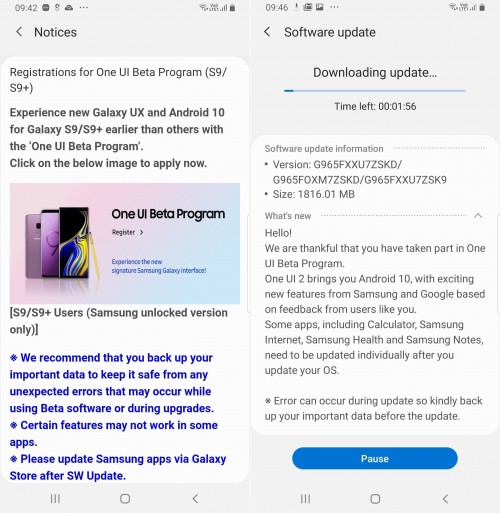 In order to give it a try, you’ll first have to enroll for the beta program from the Samsung Members app. Once approved, you’ll be able to check for the update from your device settings. The Galaxy S9 release comes as G960FXXU7ZSKD while the Galaxy S9+ one is bearing the G965FXXU7ZSKD build number. Both weigh in at just over 1.8 GB.

i am unable to open samsung members app now , its getting stuck from today morning , from india ,

When will the normal update come ? Should we need to register beta programme then only it will come ?

I like those soft keys icon. I don't know why MIUI dropped those icons, the moment Samsung adopted it.