Samsung might be working on a rather interesting system for facial recognition. One that involves two under-display cameras. It is described in a patent application Samsung filed with the KIPRIS (Korea Intellectual Property Rights Information Service) back in March 2021. The document in question was made public last week and picked up by a Dutch publication. 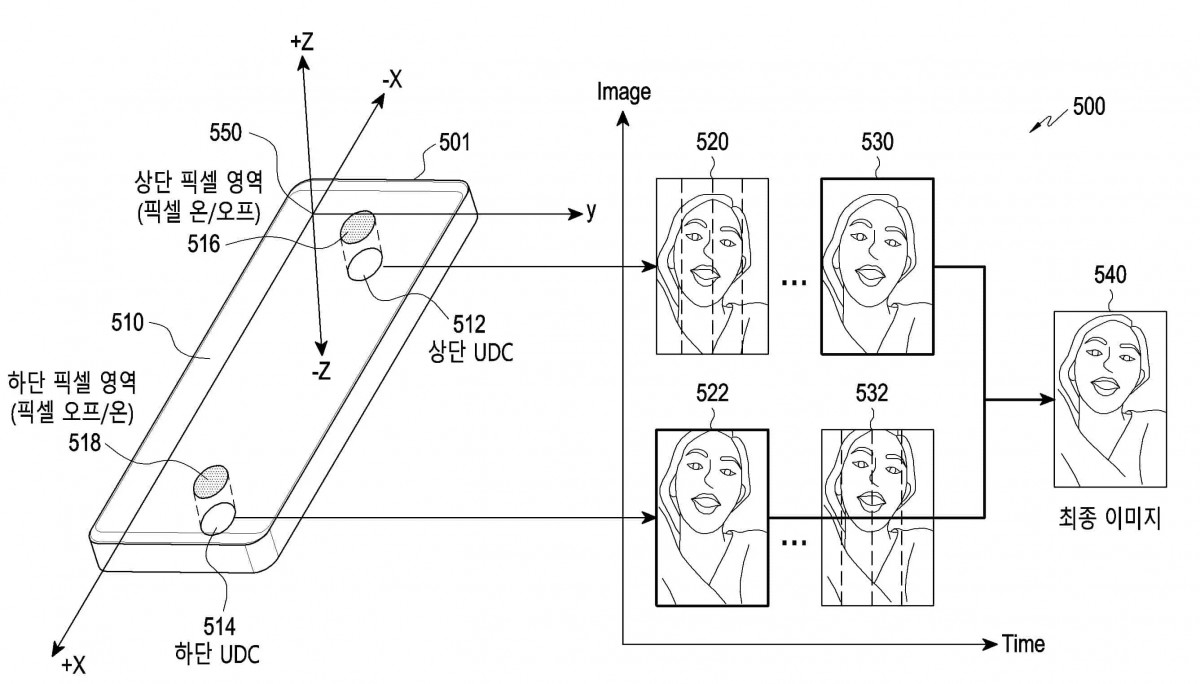 At its core, the idea is fairly straightforward - get multiple images of the user from two angles to better construct a 3D model of the face and use that for authentication purposes. Samsung specifically mentions using under-display cameras, though, which is interesting in its own right. Up until now, the Korean giant has more or less just experimented with the technology on its Galaxy Fold line without a broader release. One speculation then would be that Samsung is exploring this new dual UDC tech for its foldables. And while that might very well be true, we believe that the tech has broader implications and that the desire to use UDC cameras stems from the need to have the two cameras spaced out as far as possible to get two different angles of the user. That could necessitate placing a camera near the bottom of the phone around where the under-display fingerprints reside now. Perhaps even combining the two into one optical module. 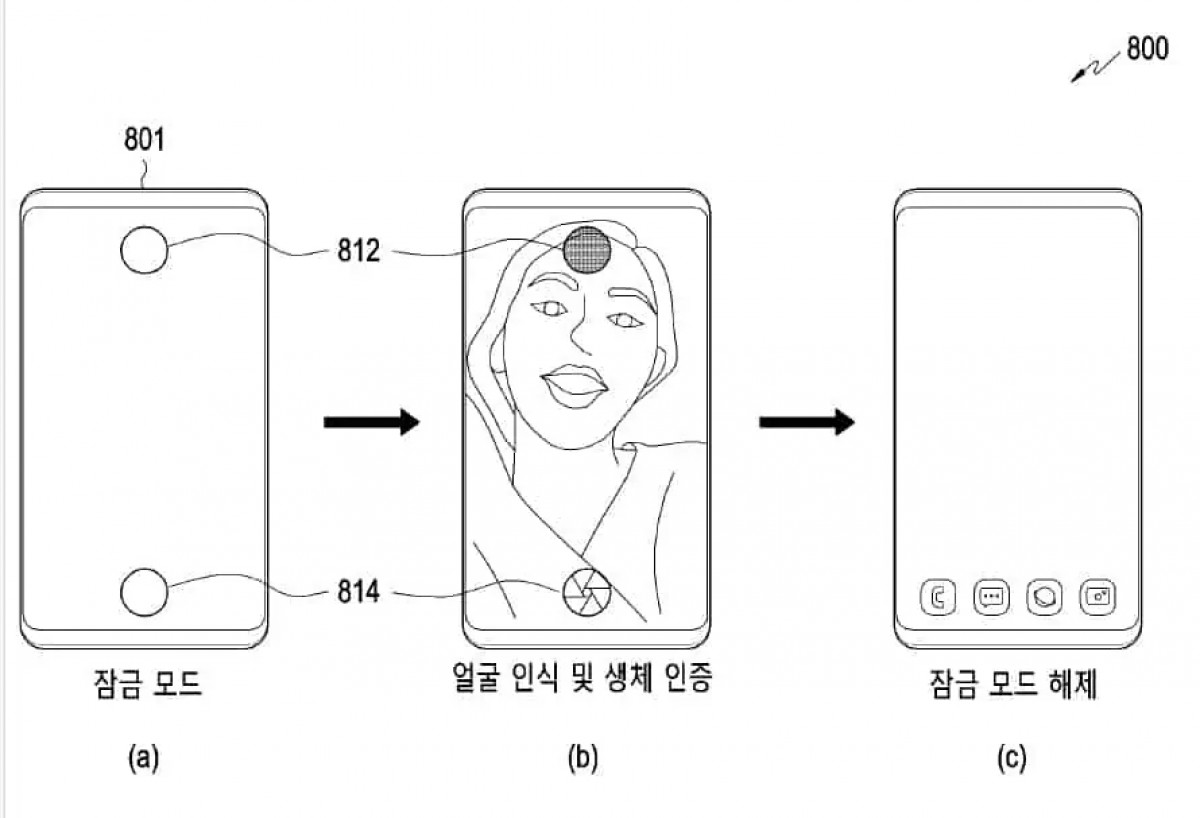 The patent doesn't really go into so much detail. However, it does show a mockup of a regular "slab" style phone with two UDC cameras - one at the top and one at the bottom. Another thing mentioned in the patent is measuring pupil size. The idea is that a human's pupil size should vary depending on lighting conditions. This could be used as an extra security measure against using things like photos or masks to trick facial authentication. 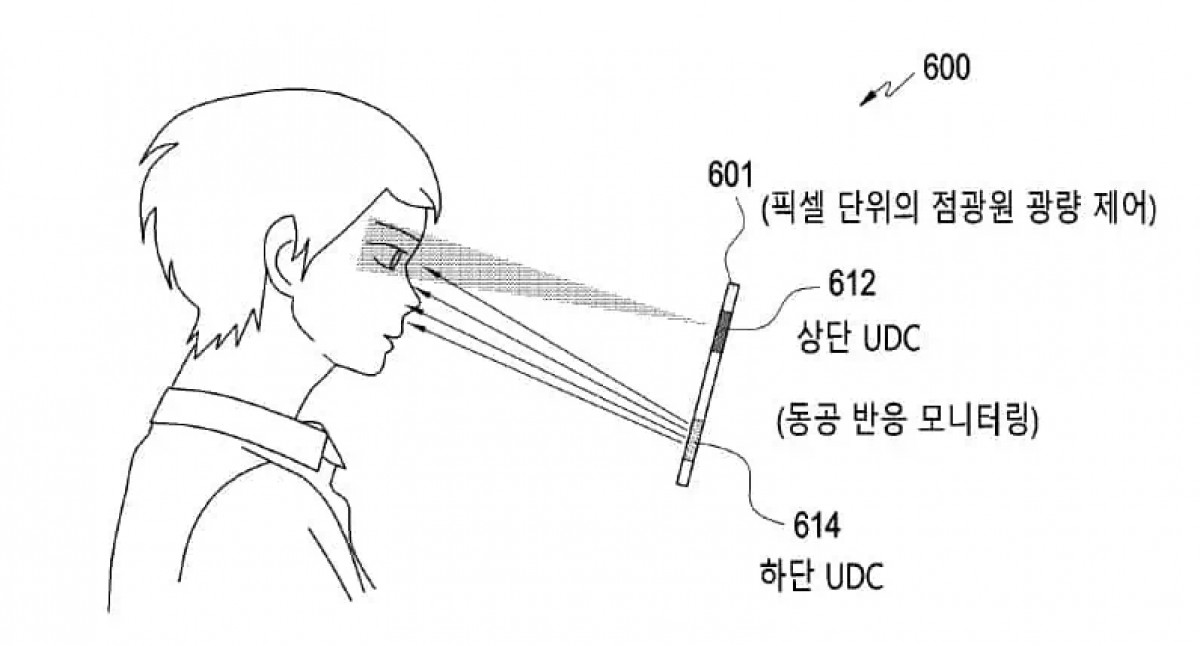 The concept is certainly interesting, but it should be noted that at this stage, it is just a concept, not an actual product or any indication of one. Still, we'll keep an eye out for any further developments.

Samsung teams up with designer Juun.J on limited edition foldables and accessories

Congrats, you just described yourself. I don’t run around whining over dumb s**t like you all do in every single Apple related article. Literally without exception. You won’t find single one that’s not full of you saty whiny fruitcakes.

It amazes me how Apple apologists keep defending Apple at everything it does and are salty to anyone else. Meanwhile Huawei p30 pro users don't care and just enjoy the amazing FaceID that Apple keeps reinventing.