Earlier today, reports spewed from sources all over the world about Samsung delaying Galaxy Fold employee trainings and reportedly cancelling product launch events in China that were set to take place on April 24 and 26.

Not long after the swirling rumors of an imminent delay, Samsung issues an official statement about the Galaxy Fold’s indefinite delays. Remember, last week a few Galaxy Fold units in the hands of early tech reviewers were fatally damaged in two scenarios.

The first one was due to some kind of defect in the display or folding mechanism, and the other was due to users inadvertently removing the protective film on the display, which was easily confused with a disposable screen protector pre-installed on many smartphones nowadays. 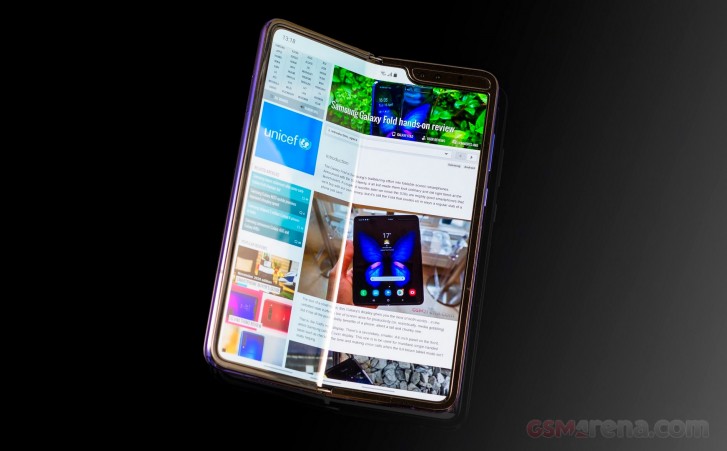 Samsung’s official statement explains that the company has learned that the Galaxy Fold might need to be further improved in order to offer customers the best possible experience. A new release date isn’t given at this time but it will be announced “in the coming weeks”. Samsung initially associates the damage with impact with the top and bottom areas that are possible exposed to impact.

See the full statement below:

We recently unveiled a completely new mobile category: a smartphone using multiple new technologies and materials to create a display that is flexible enough to fold. We are encouraged by the excitement around the Galaxy Fold.

While many reviewers shared with us the vast potential they see, some also showed us how the device needs further improvements that could ensure the best possible user experience.

To fully evaluate this feedback and run further internal tests, we have decided to delay the release of the Galaxy Fold. We plan to announce the release date in the coming weeks.

Initial findings from the inspection of reported issues on the display showed that they could be associated with impact on the top and bottom exposed areas of the hinge. There was also an instance where substances found inside the device affected the display performance.

We will take measures to strengthen the display protection. We will also enhance the guidance on care and use of the display including the protective layer so that our customers get the most out of their Galaxy Fold.

We value the trust our customers place in us and they are always our top priority. Samsung is committed to working closely with customers and partners to move the industry forward. We want to thank them for their patience and understanding.

Samsung will take the same to properly ensure that users understand that the protective display layer is not to be removed from the screen. At the same time, it will figure out how to strengthen the display’s protection.

The Samsung Galaxy Fold was originally supposed to release to the public on April 26 in a few major markets including the US, China, and South Korea. A new release date won’t be announced until “the coming weeks” so we can safely say it will be at least another month or two before the Fold comes out.

Huawei’s foldable Mate X is reportedly on track for a June launch, but a conflicting report claims it would be pushed back to September. Huawei never offered a specific launch date like Samsung did, but considering Samsung’s postponed launches, the race is on to see which phone maker will be first to launch their device to market.

There is one thing not trusting Samsung for making a mistake 2 times in a row before they got it right with the row. That's understandable. But it's something else in making serious issues every year, without fixing it and never learns from their mis...