Samsung has been expanding its One UI 2 interface to plenty of countries since the beginning of the month. Beta testers have been able to switch to Stable updates, but now reports from the European countries of Slovakia, Greece, and United Kingdom revealed regular users that have purchased a Samsung Galaxy S10+ from a retailer are receiving the glorious notification about an incoming software update. 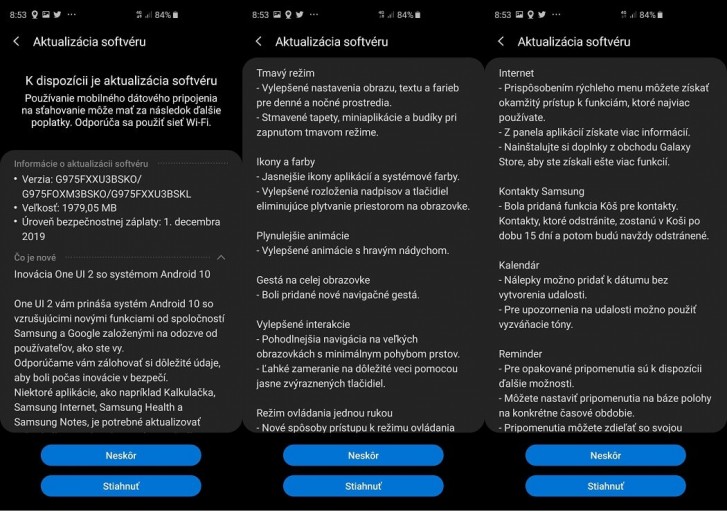 Originally, Samsung was expected to begin pushing the update to One UI 2 and Android 10 in January 2020, but now this looks more like the end date of the Galaxy S10+ update. According to our Slovak colleagues at TechByte, the phones purchased from a carrier are likely to wait a little bit more, because there might be additional security patches the telecoms need to make. For now, only phones purchased from Samsung Store or other third-party resellers will be getting the package. 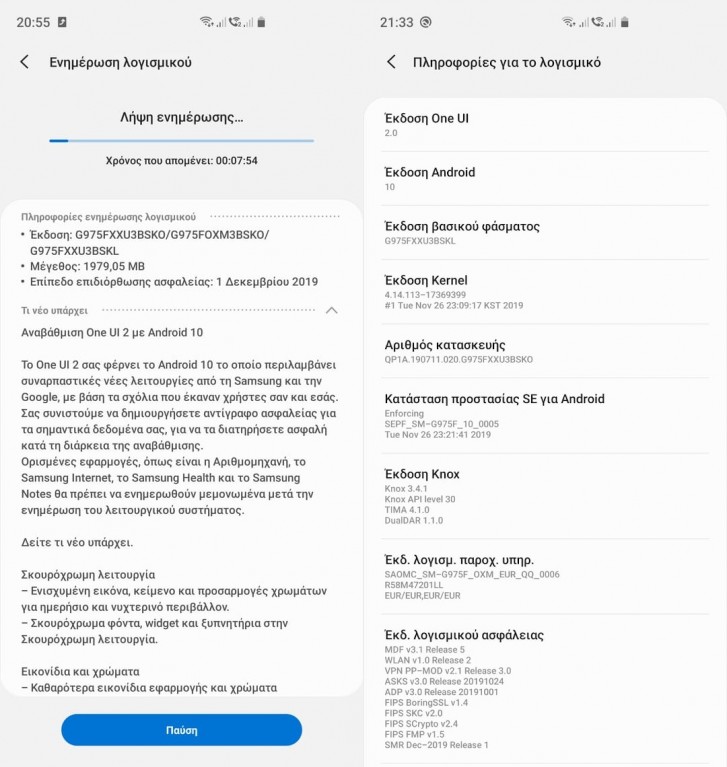 Speaking about the update, it is 1979 MB in size and has the model number G975FXXU3BSKO/G975FOXM3BSKO/G975FXXU3BSKL with a security patch dated December 2019. The new interface brings slimmed-down notification pop-ups, more dark mode for even more apps and UX elements and a better high contrast keyboard.

S10e updated to Android 10 and OneUI2.0 on 11 Dec. Update pushed over-air in Bulgaria