Good news for Samsung Galaxy C5 Pro owners: Oreo update for your device should start rolling out soon. The company has started a beta test for the update in China. 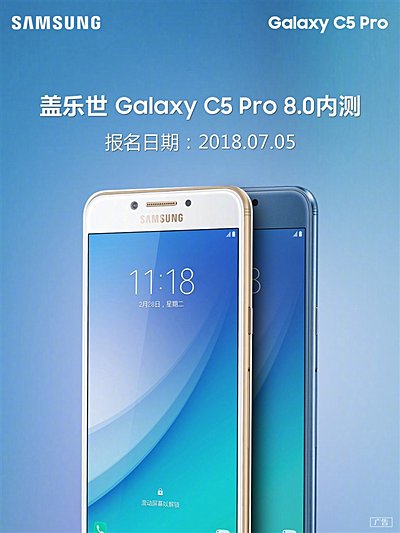 Those who want to run the Android 8.0 beta build on their Galaxy C5 Pro unit can enroll in the Galaxy Beta program. Once you're registered, you'll be able to download and install the beta update by heading to Settings –> Software Update –> Download Update on your phone.

The Galaxy C5 Pro is a mid-range device that Samsung launched last March with Android 7.0 out of the box.

There is currently no information on exactly when the final stable Oreo build will begin rolling. More often than not, the rollout begins just a few weeks after the beta test ends. This is of course assuming everything goes fine in beta testing.

Oh worry not. I have a Nokia 8 and am quite confident in getting all the updates in time. :D

Amazing! At last Samsung had listened to their customers & decided to update the OS along with Pixel. GR8! Opps! It's Android 8 (Oreo) & not 9 (P). It will take another 2-3 months for testing before hitting the handsets. My so called low en...