After the selfie camera, Samsung will tuck the speaker under the display

Samsung has already shown off a phone with a selfie camera inside the display and we expect the Galaxy S10 to follow suit. But the next step in the fight against the top bezel is removing the traditional loudspeaker and using the display as one.

We've heard of this before - Samsung is planning to use piezoelectric actuators embedded into the display to produce sound - Samsung calls it Sound on Display, and it will show it off at the Consumer Electronics Show in Vegas this January. 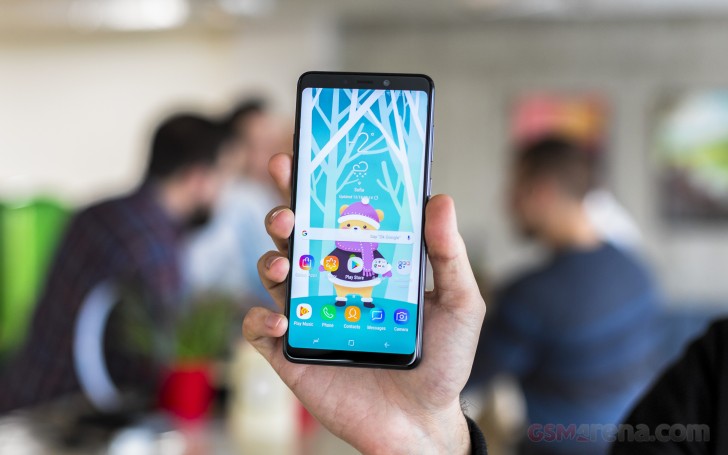 This method of sound transition is not entirely new - the original Xiaomi Mi Mix used piezoelectricity to deliver sound but the technology wasn't quite ready at the time and the Mi Mix 2 had a conventional speaker instead.

However industry reports suggest that many manufacturers are ready to replace conventional speakers with piezoelectric ones. LG will show off a TV that uses its 65-inch display as a speaker at the CES show and some Chinese phone makers are also reportedly working on embedding piezoelectric speakers into smartphone displays, but whether we'll see them at CES is questionable. Like the in-display selfie camera, it's easier to use piezoelectric actuators in an OLED rather than an LCD.

It's unclear if Samsung will have the technology ready for the Galaxy S10 but here's hoping it makes it to the Galaxy Note 10 in the fall of 2019.

Yes i understand. Like the fact humans trying to create liquid car to take a lot less parking space to save parking space for grass trees and bushes. Maybe they also make a cars which can shrink into a 5 inch or something and when needed the...

Except for some rare lucky cases. I know. The point was just being light hearted and humorous about it becoming a submarine

No phone can turn into submarine. And no case is 100% waterproof i mean you can keep laying your phone underwater for 24 or more hours without damage.