With the Galaxy S9 phones, the focus was on improving the camera. To that end, Samsung unveiled the ISOCELL Fast 2L3 image sensor with on-board DRAM and 960fps video recording.

The new ISOCELL Fast 2L3 sensor has a 3-layer design. Usually, the first layer holds the pixels that capture light, the second layer converts that into a digital information to be sent to the chipset for processing and finally to the phone’s RAM. Samsung has added a third layer, 512MB DRAM, that can quickly read and store the data from the sensor – much faster than the chipset can.

This enables video capture at 960fps for a cool 32x slow down. The sensor also features motion detection so it can start the slow-motion recording faster than you can.

But this sensor also takes better photos. It can move all data from the pixel layer to the DRAM layer in 1/120th of a second, which reduces rolling shutter (the jello effect).

And at that speed, it can snap several shots to be used for the 3D Noise Reduction in low-light or for better HDR in the daylight. 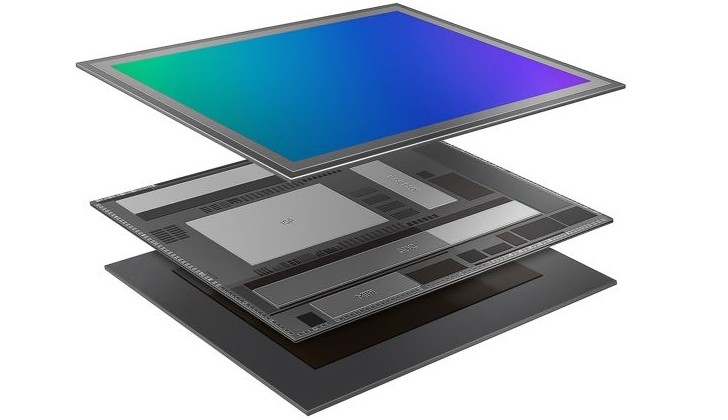 The ISOCELL Fast 2L3 is a 12MP sensor with 1.4µm pixels, each of which works as a phase detection AF point – the so-called Dual Pixel autofocus. The sensor is currently in mass production.

Note that, in the past, Samsung has used a mix of in-house and Sony sensors, but they were built to have identical performance.

Here's the first TV ad for the Samsung Galaxy S9

Funny! Now you don't care who came first. I thought Samsung ALWAYS did things first in which samboys are always bragging at.

ahhh, a feature that is rumored to be in the S8