We usually don't review storage devices here but when SanDisk reached out to us to review their 400GB Ultra microSD, it was hard to say no. Although large capacity microSD cards are not particularly new, 400GB is still a mind-boggling amount of memory for something that is smaller than my thumbnail. 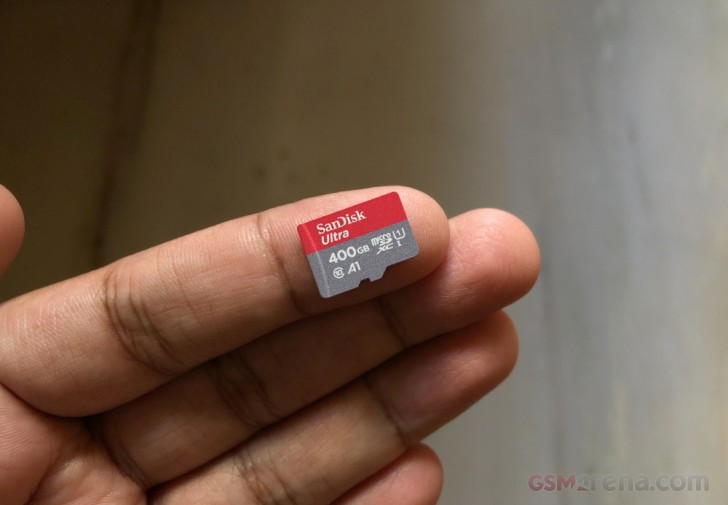 The 400GB model we have today is the cheaper of the two offered by SanDisk. Being part of their Ultra series, it's not as fast as the Extreme series of cards. SanDisk advertises a 100MB/s speed for the card but reading closely reveals it is just the read speed, with the write speed not being mentioned anywhere. Seriously, I even checked the website and SanDisk wouldn't commit to an exact figure anywhere. In comparison, the Extreme series has a very clearly mentioned 160MB/s read and 90MB/s write speeds.

Starting with the packaging. I noticed it was rather basic. For a $250 product, it comes in the same thin cardboard packaging as the lower capacity models. You are essentially paying just for the storage here so don't expect much in terms of extras. A full-size SD adapter is provided, though. 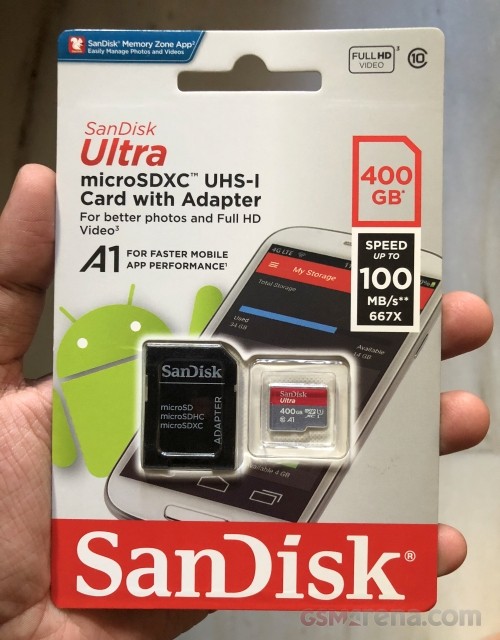 The card itself looks identical to the smaller capacity models from the Ultra series. If it wasn't the 400GB label, which makes most people do a double take, it looks pretty ordinary.

To test for compatibility, I tried the card in three phones, a Samsung Galaxy S9+, a Nokia 7 Plus and the Xiaomi Redmi 5. The last two were somewhat impractical, as no one will be buying such an expensive card for those two devices but it was worth checking if the card worked in them. Fortunately, it did, even in the humble Redmi 5, which had no issues working with it despite costing 1/3rd the price of the SD card.

For the performance tests, I used a Kingston MobileLite G4 USB 3.1 Gen 1 card reader on a Windows 10 PC. The application used for testing the speed was CrystalDiskMark 6. I also ran AndroBench on each of the three smartphones to see how the numbers compared.

Starting with the sequential tests, the SanDisk Ultra does reasonably well. Even though it never quite reached the 100MB/s read speed in any test, a 93MB/s average wasn't too far off. The write speed was expectedly lower. CrystalDiskMark reported about 68MB/s but it was quite an optimistic figure as the real world results were much lower. To get a feel of the real world results, I transferred a large file to and from the card and timed the results manually. The sequential read speeds were more or less in line with what CrystalDiskMark reported but the write speeds were much lower, around 45MB/s mark. And remember, sequential tests are the best case scenario for any drive, so this is pretty much as good as it gets.

The random write speeds is where I felt let down by the performance of the card. While sequential transfers show how fast the card can transfer data under a sustained load, the random transfers show how fast the card is during small, burst read/write cycles that happen when applications are accessing data from the card. And this is where the card was disappointing, with an average of 10MB/s read and about 3MB/s write.

Running AndroBench confirmed my suspicions that plugging the card into a USB card reader on a PC was the best case scenario for it, as the numbers when the card was actually inside one of the phones were even lower, although not by much. Also, all three phones differed slightly here but I'm posting the scores from the Galaxy S9+. I also did some speed tests by plugging the phone to the PC while the card was inside the phone and the results were closer to what AndroBench posted. 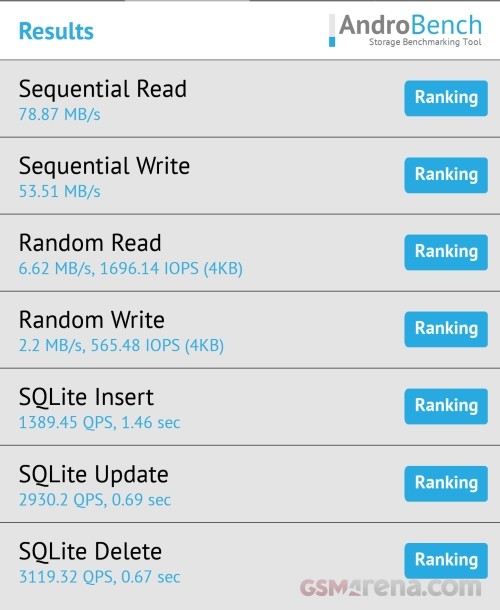 My overall conclusions were as follows: The SanDisk Ultra is a good option if, for some reason, you want to carry a tremendous amount of data with you at all times. It's great for storing photos, videos, music and any other data you might have. I even had no trouble recording 4K60 video to it, in both H.264 and H.265.

What the card isn't good for is to be used as internal storage. If you were planning on formatting it as internal storage and just expanding the pool of storage you have for apps then that's a bad idea. The card has poor random read and write speeds, which will reduce the performance of any app. To give context, even the built-in storage inside the aforementioned Redmi 5 is significantly faster (at least 4x). So no, using this for anything other than multimedia files is not recommended.

Going beyond smartphones, this particular card should also be a good fit for the Nintendo Switch. Unfortunately, I did not have a Switch at hand to test it but with a roughly 90MB/s read speed, the SanDisk Ultra should do fine. Games usually load all assets at once in the beginning and don't need to constantly read from the drive. There's also the fact that Switch games aren't particularly demanding and designed to work with standard SD cards. For the Switch, this 400GB version will be the perfect companion as you can store a ton of games before running out and having to swap cards. 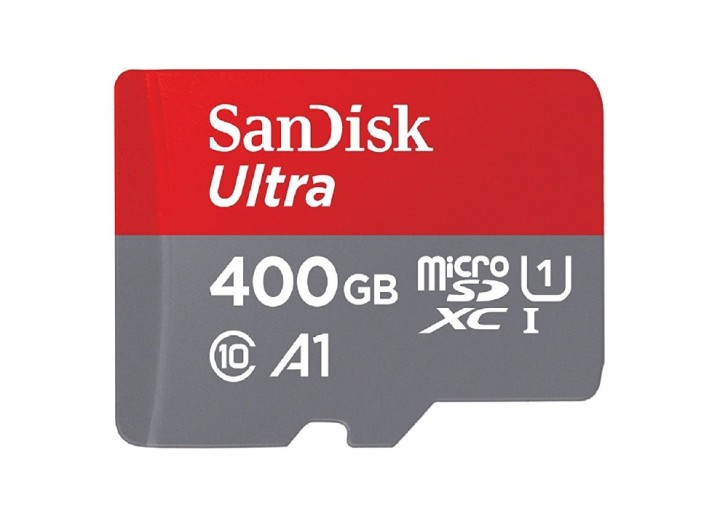 It's also worth considering for drones and action cameras, although I would recommend checking for compatibility for some of the 4K models as they may have higher speed requirement. I wouldn't advise getting this for larger cameras, though, as standard SD cards are cheaper and available in bigger capacities.

Overall, the 400GB SanDisk Ultra is a good product for when you want a lot of storage space but don't need a particularly fast card. If speed is what you want then the Extreme series is a better alternative but at an even higher price. At a current rate of about $200 on Amazon, the 400GB Ultra is already expensive but if you want the peace of mind of not having to worry about running out of storage then it's worth the investment.

Thanks that you have tested it with Nokia 7 Plus, as I am planning to use it in that phone, even if you think no one would use in that phone. :) And really a good news that it works with that combination, as Nokia official specification mentions "up ...

I'm gonna use this for my tablet PC as a storage for regular Office and video files. My previous card, the Extreme PRO was excellent, but low in capacity.

I use the card for storage. It is quite good for the purpose.