Sony is no stranger to extended pauses between device announcement and actual sales. This is definitely the case with the new Xperia 1 III and Xperia 5 III. Both were unveiled back in April and can likely be expected in Japan around mid-June. In the meantime, Sony has been trying its best to keep interest high with a few promo videos, as well as engineering talks particularly centered around the camera setup on the new phones. Arguably, the most intriguing part of the package, pretty-much shared between the Xperia 1 III and its smaller Xperia 5 III sibling.

Promos and engineering talks are great and all, but actually seeing the cameras in action is a whole other experience. One that reputable Weibo leakster ZACKBUKS claims to be offering through a few early sample photos, allegedly taken with an Xperia 1 III unit. 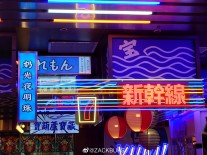 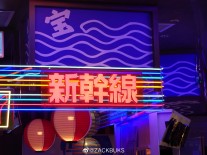 The samples themselves are not accompanied by any significant details. The EXIF seems to be scrubbed from them, as well, which is unfortunate. We do have at least one straight set of three consecutive shots of the same scene that are apparently taken at the three optical zoom levels offered by the camera setup. That is to say - the first 12MP still comes from the 24mm (1x), f/1.7, 1/1.7", 1.8µm, Dual Pixel PDAF, OIS - enabled main camera on the Xperia 1 III. Following that, we have samples from the 12MP, 1/2.9", Dual Pixel PDAF, OIS-enabled telephoto camera with each of the variable telephoto lenses - the f/2.3, 70mm telephoto and then the f/2.8, 105mm telephoto. Unfortunately, there is no matching sample from the 12MP, f/2.2, 16mm (ultrawide), 1/2.6", Dual Pixel PDAF ultrawide camera in the set.

The rest of the samples are a bit of a mishmash with no clear indication of which snapper each still comes from. We can probably make some educated guesses, though. That being said, these are early samples, from an early unit and all of them low-light ones, so we will refrain from any actual comments on quality and performance. It is perhaps worth mentioning that ZACKBUKS was impressed by the color consistency across zoom levels, as well as the quality of the shot with the little girl, walking the dog - both subjects were in motion.

Hopefully, this is not the last we see from Sony's new flagships. After all, expectations are set pretty-high, especially after learning some preliminary info on the eye-watering potential price tag on the Xperia 1 III.

Source (in Chinese) | Via (in Japanese)

Glad that you here for the explaination. I mean, I love Sony as well but couldnt deny if there is issue, such as samples provided here.

You talking just like Xperia are the only smartphone camera exist in this world 🤦 I've own lots of Xperia flagship for the past years, own a Leica D-Lux, Sony RX100v. Trade the Sony with Fuji X-E3 & couldnt be happier (need a bigger sen...