The Snapdragon 875 chipset is code-named “Lahaina” and it may be significantly faster than expected – an early benchmark shows a score of over 847,000 points in AnTuTu. This is much higher than its predecessor, which currently tops the charts with 663,000 points or so.

That’s a jump of over 25%, a huge leap for a yearly upgrade. Of course, these results will need to be corroborated before the Qualcomm team can pop the champagne. 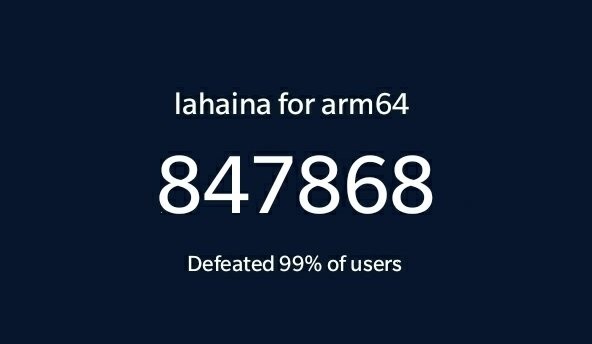 Interestingly, AnTuTu’s charts are currently led by Snapdragon 865 (the vanilla chip, not the plus). The AnTuTu team explains (link in Chinese) that RAM and storage configurations also play a role in the final score, so high capacity UFS 3.1 storage might offset the minor clock speed deficit of the non-plus chipset.

Another post mentions that Oppo has been testing an overclocked version of the 865, which will go up to 3.2 GHz or so. The prime core in the 865+ is clocked at 3.09 GHz.

Qualcomm will officially unveil the Snapdragon 875 (and, potentially, other chips as well), and if this benchmark result is to be believed, the event will be a must-see. 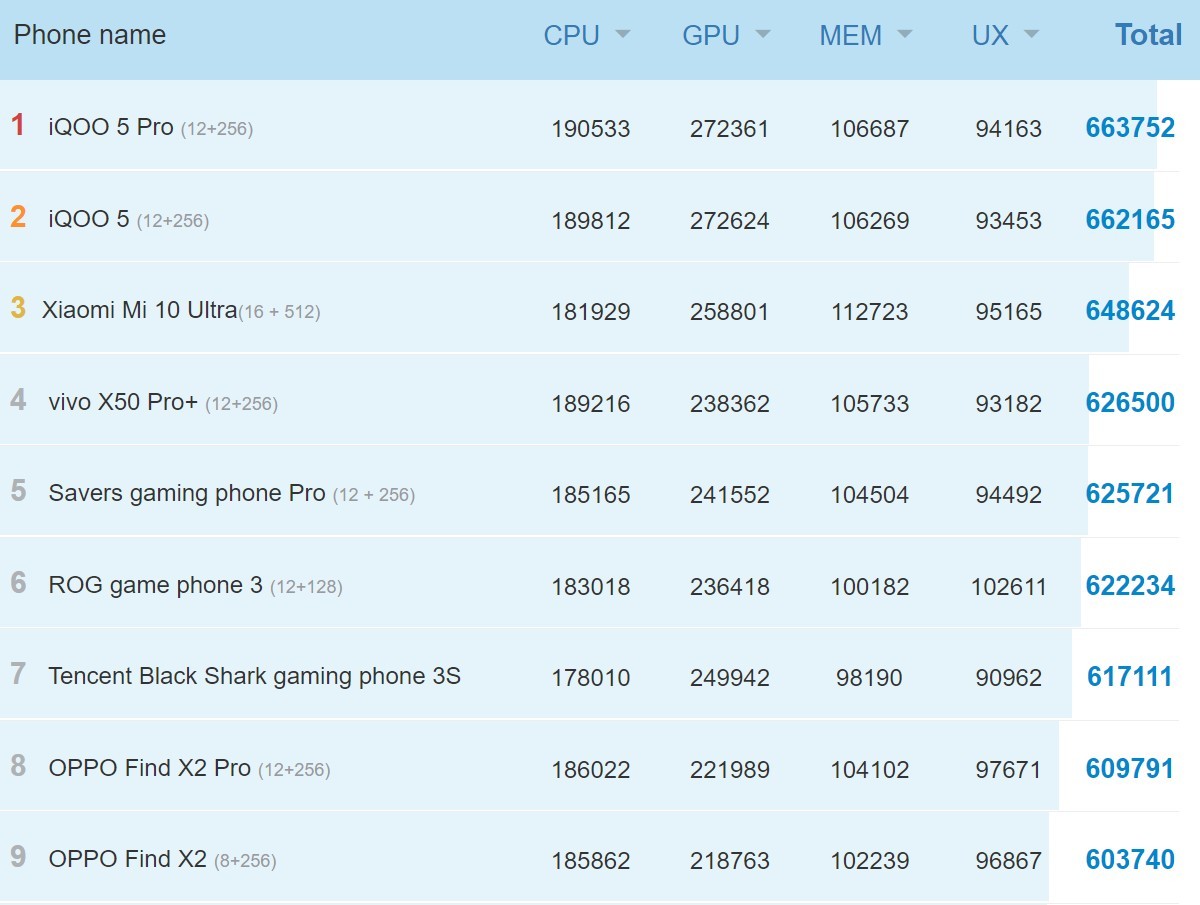 AnTuTu scores suggest iPhone 12 chipset is downclocked, GPU is slower than on the 11-series

Maybe it won't be a disappointment like I thought. This is good.

Video editing apps are not the best tool. Kinemaster is where iPhone 11 pro Max got outperformed by OnePlus 7t and mid range pixel. The app optimization matters during video rendering. Nobody wants this throttling mess called A14.