After yesterday’s preview, Qualcomm fully unveiled its new Snapdragon 888 chipset today. It’s a 5nm chip with next generation architecture. The first devices with the 888 will be out in Q1 of next year, several smartphone makers are already vying for who will be first.

There is a lot to cover, so settle in.

The 888 is the first chip to go official with the Cortex-X1 core (ARM’s base design has some Qualcomm tweaks). Compared to the A78, the X1 can execute 33% more instructions per clock, has double the SIMD hardware and the capacity of the L1 and L2 caches has been doubled as well. This core is running at 2.84GHz. 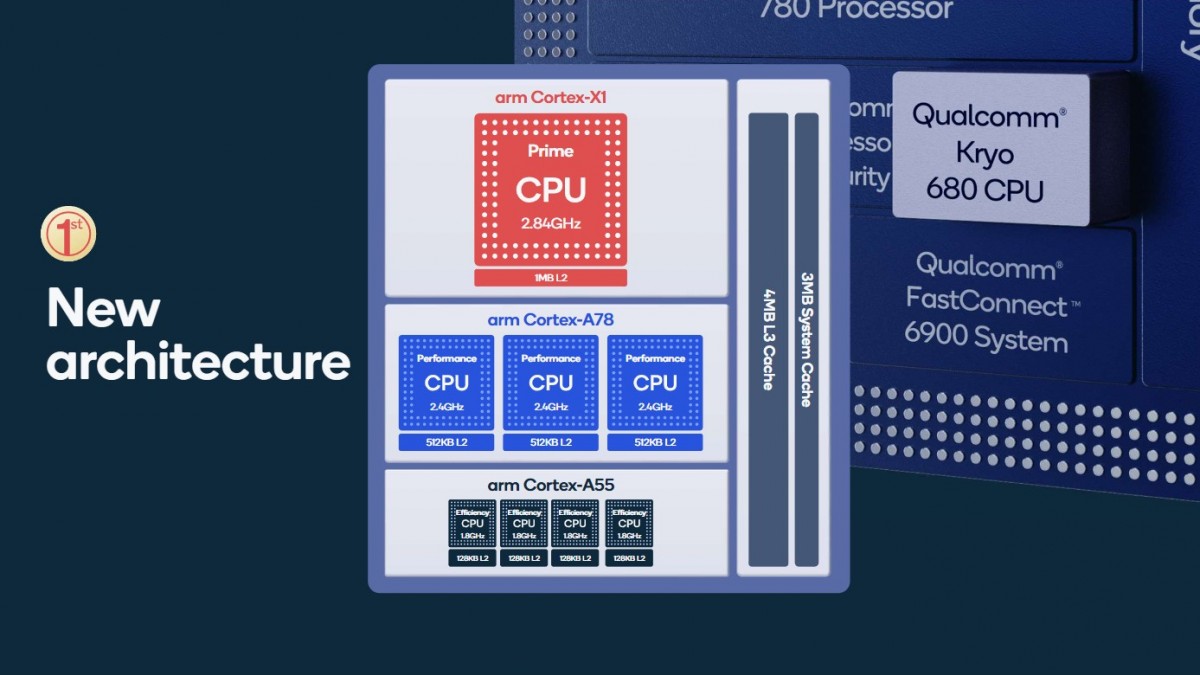 Next is a cluster of three Cortex-A78 cores clocked at 2.4GHz. They are joined by four A55 cores running at 1.8GHz. The CPU is also equipped with 4 MB of L3 cache and 3 MB of System cache. 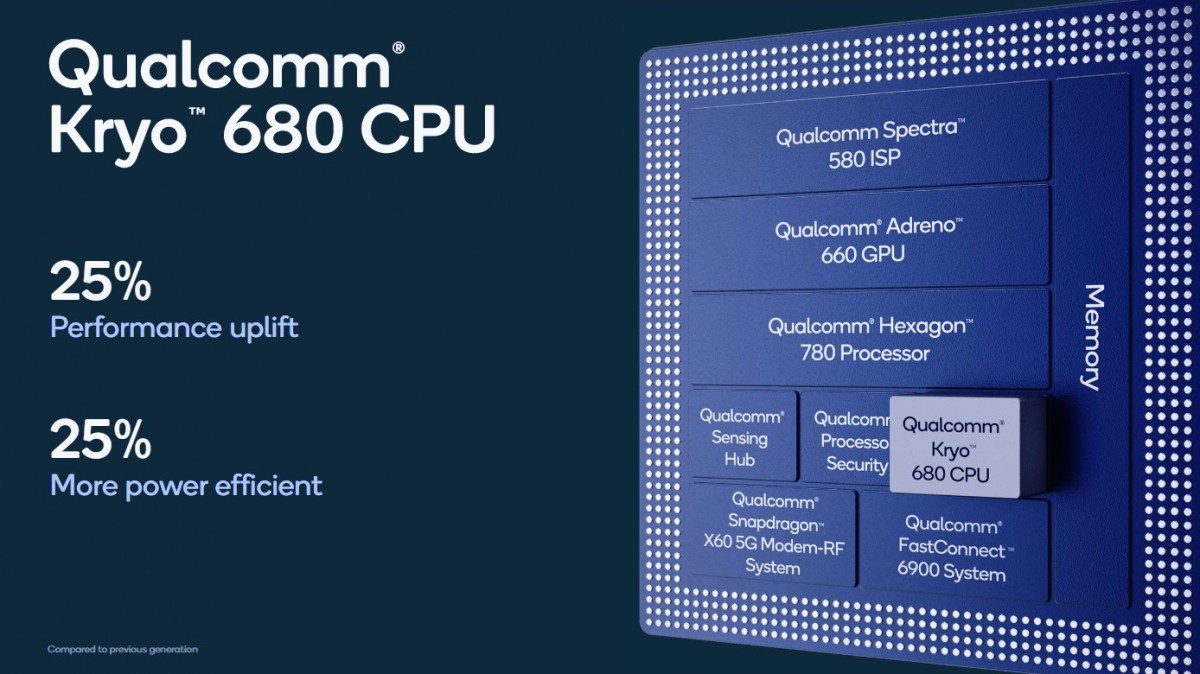 All told, the Kryo 680 CPU promises a 25% performance boost over the processor of the S865 chipset. Power efficiency is also up by 25%.

The Adreno 660 targets 35% faster rendering performance while increasing power efficiency by 20%. It’s designed for high frame rate, low latency gaming. The goal is to enable 144fps play for games that want it, but there are also several features to enhance image quality as well. 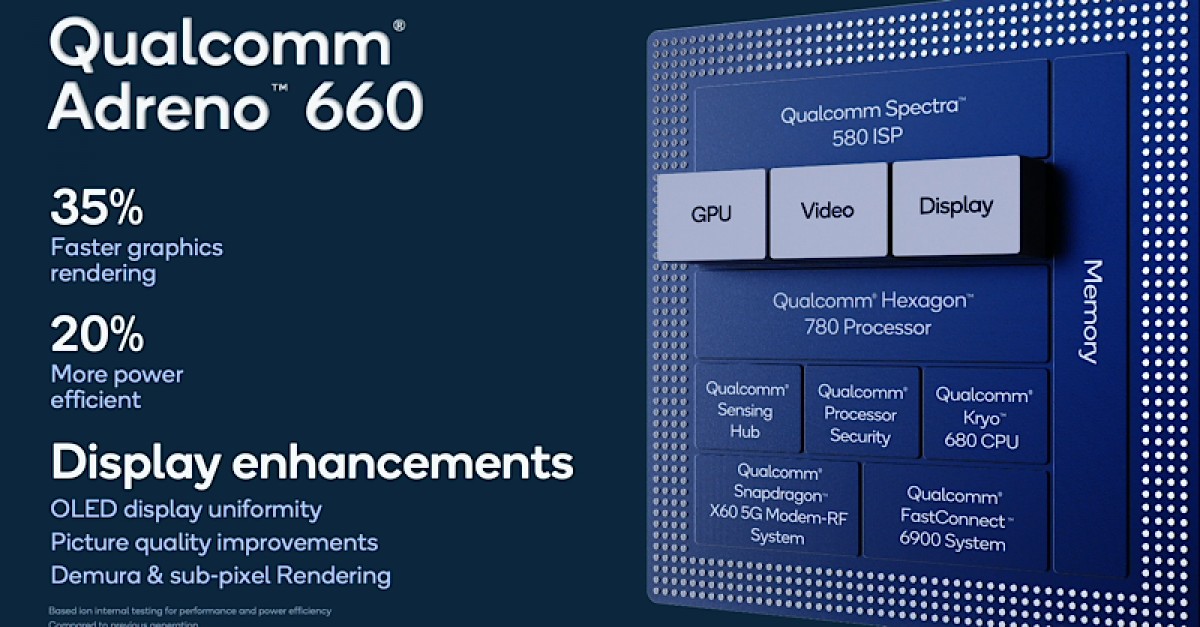 Variable Rate Shading (VRS) is a new trick found in recent GPUs from Nvidia and AMD (including those of the PS5 and Xbox consoles). It allows shaders to work on two or four pixels at a time, instead of just one.

This saves on computational resources and if game developers are careful with how they apply it, the rendered frame will be visually indistinguishable. VRS can increase performance up to 30%. Alternatively, it can be used to increase power efficiency.

Game Quick Touch can reduce touch latency by up to 20%. This works at up to 120fps, but is most effective at 60fps so all games can make use of it, even if they don’t support higher frame rates. 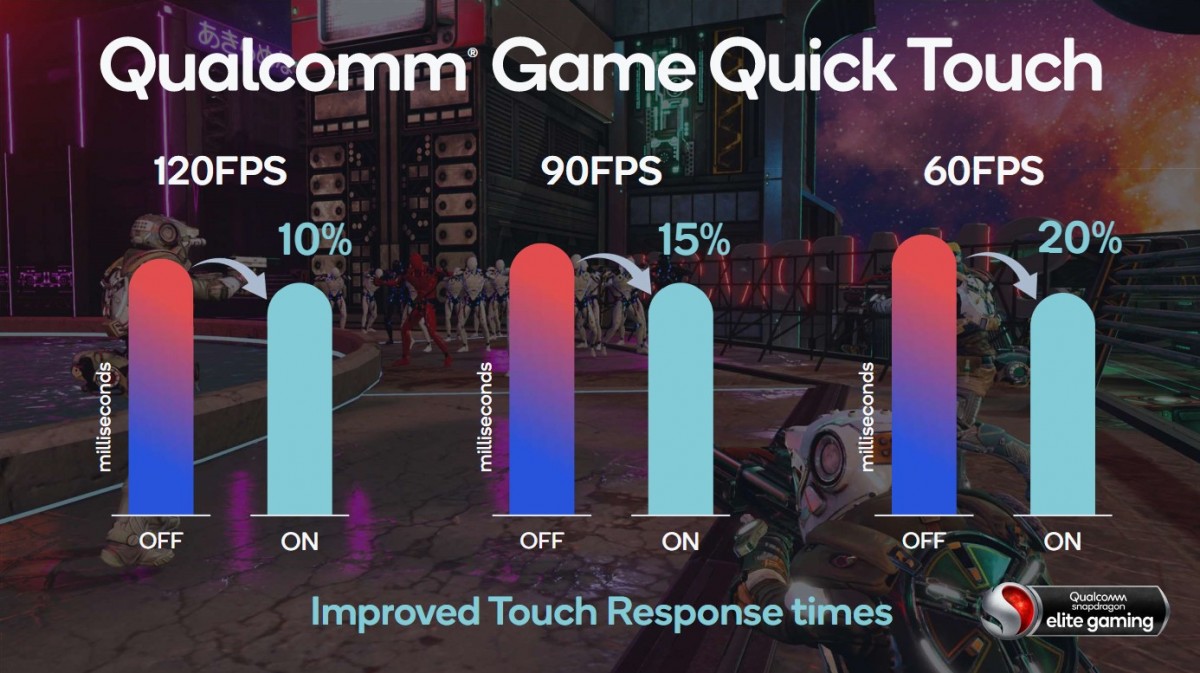 The Adreno 660 supports 10-bit HDR and sub-pixel rendering. It can also improve the uniformity of OLED displays with Mura compensation (“mura” or “clouding” is the result of uneven calibration of neighboring pixels).

The 888 is the first Snapdragon with a triple ISP (previous 800-series chips had dual ISP). This allows for three separate camera streams to be processed simultaneously, which has multiple uses. For one, it can handle three 4K HDR video streams or capture three 28MP photos at the same time.

This will also make for smoother transitions from ultrawide to wide to tele cameras since each camera gets its own ISP. Previous three camera/two ISP designs led to a “jump” as the phone switched between video feeds. 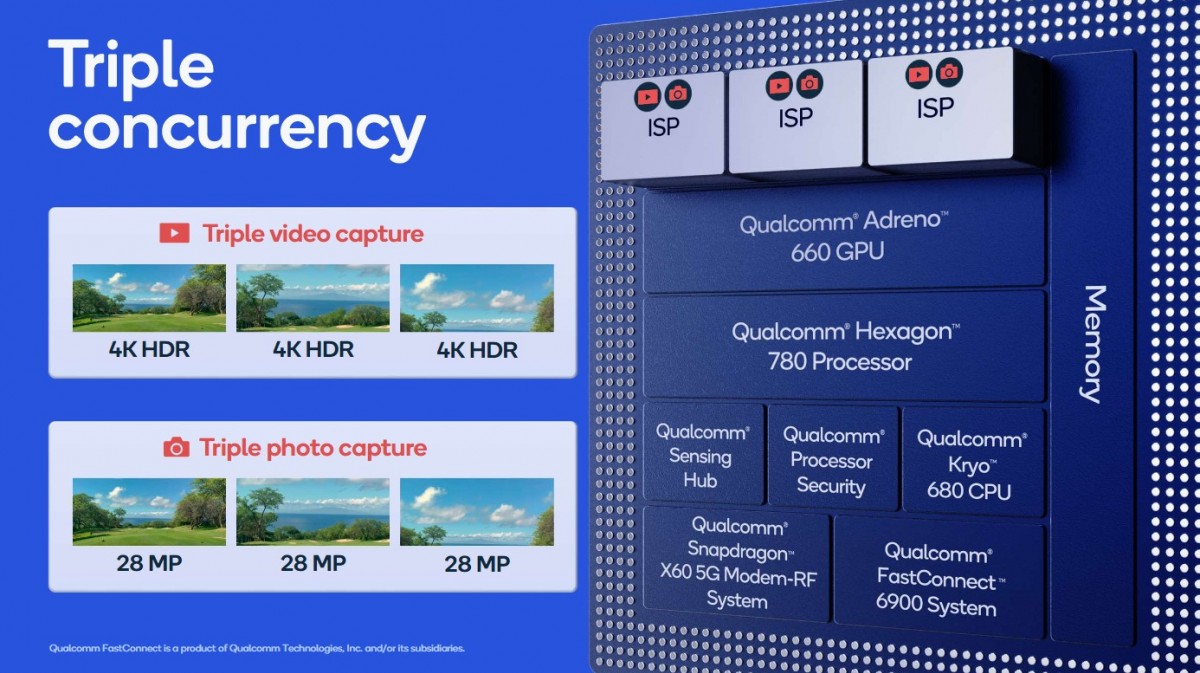 Spectra 580’s three ISPs are also used for Staggered HDR as they can process the short, medium and long exposures simultaneously. The S888 can record 10-bit HDR photos in the HEIF image format, in addition to the HDR video capabilities of its predecessor (the S865 introduced HDR10+ and Dolby Vision support for video).

Speaking of videos, the new chipset can capture and play 4K videos at 120fps, so it can make the best of a high-resolution 4K display. Going back to photography, the chip can snap 120 photos a second at 12MP resolution.

This is the first chipset to use the Snapdragon X60 5G modem. And unlike the 865, the modem is integrated instead being an external chip. This third-generation modem supports the sub-6 and mmWave flavors of 5G. It offers downlink speeds of up to 7.5 Gbps and uplinks up to 3 Gbps.

The FastConnect 6900 system features Wi-Fi 6G (ax in the 6 GHz band) and it can reach speeds up to 3.6 Gbps, the fastest mobile Wi-Fi in the industry, says Qualcomm. The 6E standard also offers lower-latency, a boon for streaming games from a local PC (or the cloud, there the 5G modem can help as well). 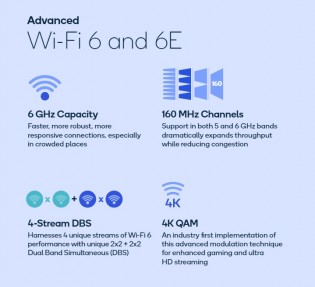 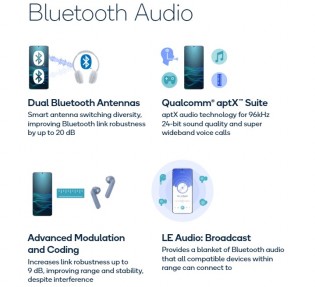 Bluetooth 5.2 with dual antennas is supported as well, plus the aptX suite of high quality, low-latency wireless audio tech.

The 6th generation AI Engine combines the new Hexagon 780 and the GPU’s number-crunching power to deliver 26 TOPS (up from 15 TOPS on the S865). Power efficiency is hugely improved as well, performance per Watt has increased by up to 3x.

The 2nd gen Sensing Hub reduces power usage as well. It can operate at under 1 milliamp but can handle much more than the 1st gen – now 80% of simple AI tasks go through the Hub instead of having to wake up the powerful Hexagon processor. This is for simple applications like lift and activity detection and listening for wake up words.

The Snapdragon 888 is the first mobile chipset to comply with the Content Authenticity Initiative standard. It can capture cryptographically-sealed photos, which include tamper-resistant metadata that proves an image is authentic (but does it in a privacy-sensitive way). 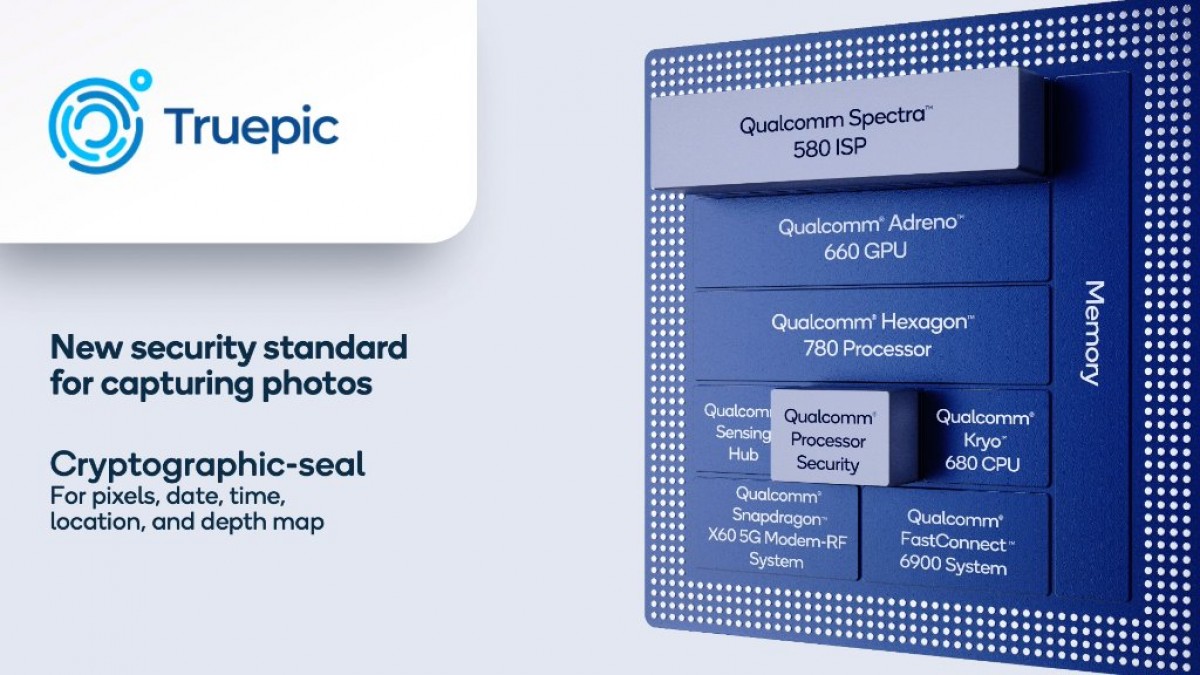 The 888 also features a Hypervisor, a feature first added to the PC-oriented 8cx Gen 2 chip. This is more of a server and desktop feature as it allows multiple OSes to run on the same hardware while being completely separate from each other (so, if one is compromised, the security of others is unaffected). 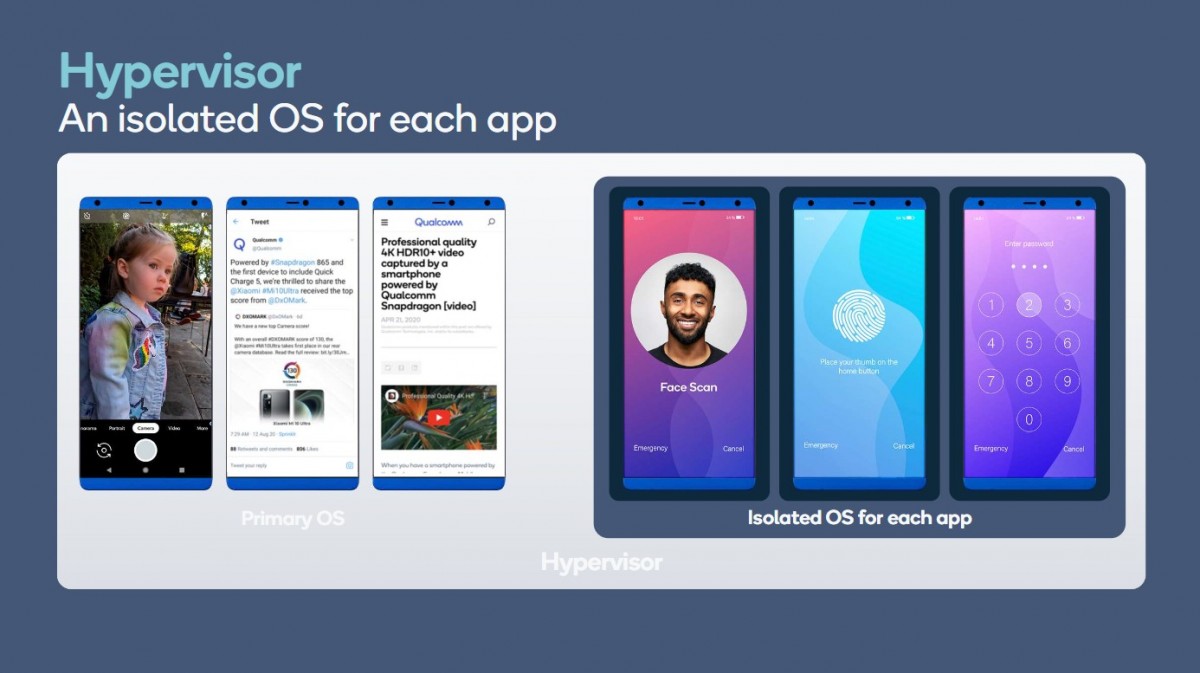 It’s possible to run every app in its own OS instance for maximum security. It’s not clear if we’ll see this on Android, but it’s clear that the Snapdragon 888 will be used in ARM-powered tablets and computers too where such virtualization is much more common.

This wasn’t featured heavily today as QuickCharge 5 was announced months ago. The new Snapdragon supports it, of course, meaning it can handle 100W+ fast charging while keeping heat to a minimum. It’s compatible with USB Power Delivery and backwards compatible with previous QC generations going back to 2.0. 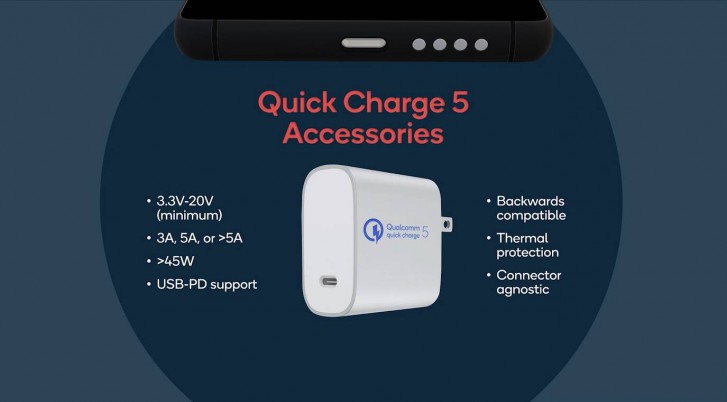 The Snapdragon 888 will be used in devices coming in early 2021. Xiaomi called dibs, Motrola will use it in an affordable Moto G phone, many other makers have announced plans for 888-powered phones as well.

Xiaomi Mi 11 to be the world’s first phone with Snapdragon 888, Redmi to also adopt the SoC

Same here, never used apple cause i cant afford it LOL but yeah its true

It is not. They are good at software, and that is where they win. While SD is a cpu for all kinds of OS's apple uses one type cpu for one type os, means way better Optimisation, one could say, perfect match. This may be a plus point for apple mo...