We are pretty confident that Sony Ericsson will release some new phones tomorrow, including the Walkman branded Sony Ericsson W705. Music fans will also cheer up with the latest portable speaker MBS-900, which also will be revealed to the public. 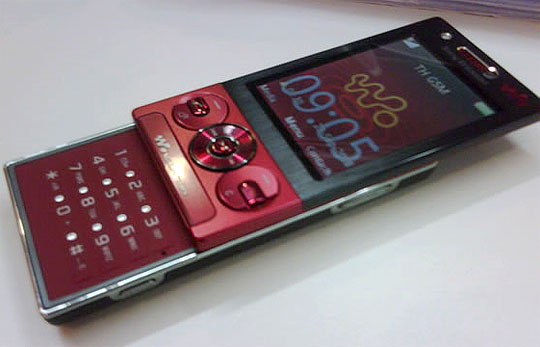 What makes immediate impression is that the W705 design is strikingly similar to the already announced Sony Ericsson G705. According to the leaked information, the new slider phone is equipped with a 240 x 320 pixels 256K color TFT display, 3.2 megapixel camera, Wi-Fi and GPS (G705 also has both of the connectivity options on-board).

Sony Ericsson W705 is said to have 120MB of built-in memory, expandable via M2 card slot. The retail package will sport a 4GB card.

The new phone is expected to hit the market in February 2009.

hey guys i got this 10 months back but it gave me software problem jus in 5 months..again its giving me troubles...