Sony introduced its latest CMOS image sensor for smartphones. It is called IMX586 and has 48 megapixels, each of them only 0.8 μm in size, stacked onto a 1/2-type unit. It will begin arriving at smartphones as early as September 2018. 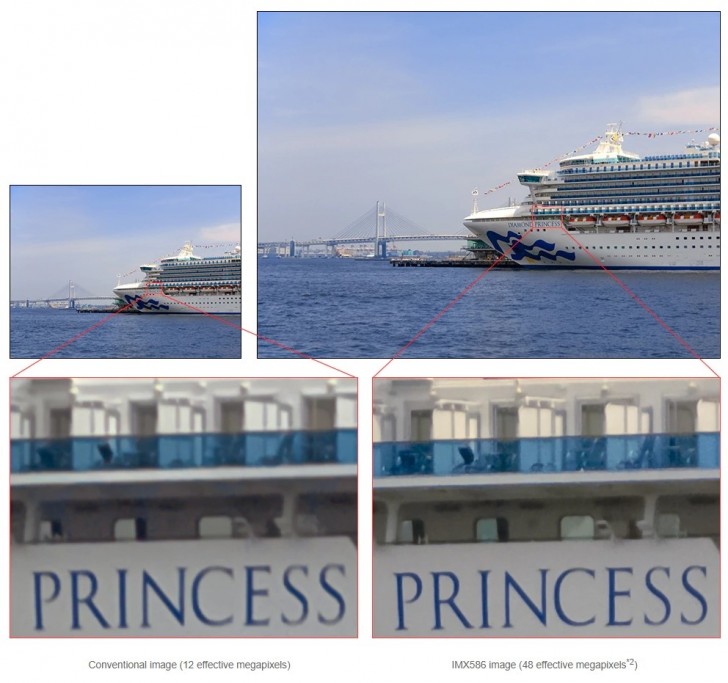 Sony said in a press release the increased pixel count will enable high-quality photos even when devices are using digital zoom. The IMX586 implements the Quad Bayer 2x2 pixel array. This means on most occasions it will bin four pixels together outputting the equivalent of 12MP sensor with large 1.6 μm pixels, including more complex situations like bright low-noise photos and videos when shooting at night. During the day or in a well-lit environment, the grid will return to its usual signal processing, reaching 48 MP photos in real time.

Essentially this is the successor of the 40MP sensor inside the Huawei P20 Pro, which also packs a Quad Bayer arrangement. You can learn more about how that works here.

The first phone with 48 MP camera is likely to be the Xperia XZ3, expected at IFA 2018, although some rumors suggested it might have the same setup as the Xperia XZ2 Premium.

Sony's other cameras are good, they just need to get on the 5x optical zoom game that Huawei, Oppo, and soon Samsung are all rocking. Pairing up a monochrome and their 1/2.3 19 or 20mpxl sensors without quad bayer arrays would be even better, and if ...

First there 2 big things that can be seen as innovation in smartphone branch. the SOC and the Shooter. SOC is basicly Samsung, huawei, apple, mediatek and snapdragon. And for shooters is basicly ONLY sony. So infact Sony carries 50% of the innovatio...

Really? Real innovation?, my god Sony is already behind in most of latest phone technology, Yes they're still the best in terms of camera but real innovation? U must be joking