Sony posted the highest operating profit for a second quarter on the back of strong demand for image sensors for mobile phones. Profits were up 16%, for a total of 279 billion yen ($2.6 billion). That’s 19% higher than analysts had expected.

Profits from the sensor division shot up 59% to 76.4 billion yen ($711 million), an all-time record. This is driven by the rise of the multi-camera setups – a feature that permeates the market from the entry-level to the premium segment. 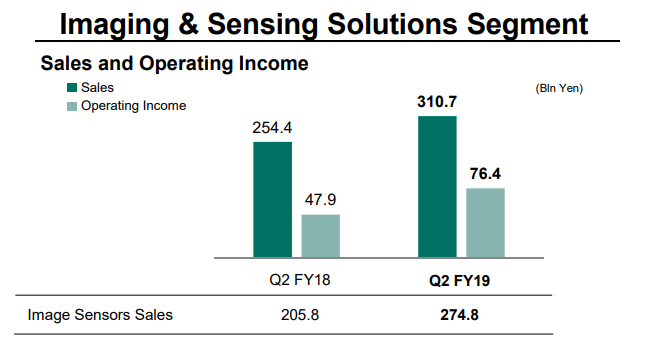 Sony expects that besides smartphones, there will be a rising demand for image sensors for Internet of Things applications and autonomous cars. The company is building a new plant in Nagasaki to manufacture sensors.

The rise of the sensor division offset the decline of the gaming division. The PlayStation 4 is six years old by now and even sales of hit games are on their way down. Sony has already shipped prototypes of the PS5 to developers, so this is likely just a temporary lull. The PS5 is expected to launch for the 2020 holiday season.

You may be interested to hear how the Sony’s Xperia phones performed. Sales slumped to 77.7 billion yen ($717 million) and the operating income was essentially at break even. For comparison, Sony Mobile recorded 114.9 billion yen in sales in Q2 2018 and an operating loss of 29.8 billion yen.

This Q2 the mobile division was negatively impacted by shifts in currency exchange, but it managed to get operating costs under control. 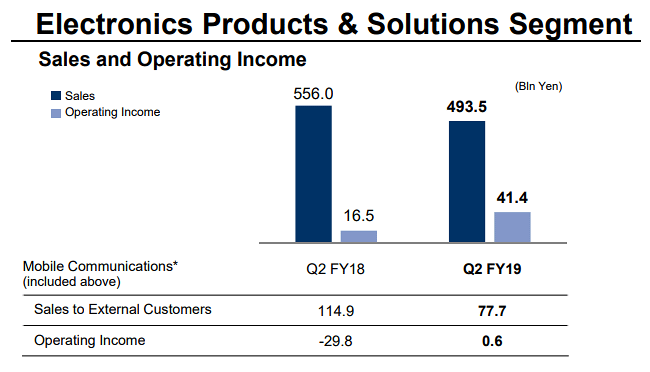 On to the entertainment division, Sony Pictures reported $1.3 billion in revenue (up from $0.9 billion last year) and a Q2 record profit of $211 million. The movie company credits the success of Spider-Man: Far From Home (which made $1.1 billion worldwide) and Once Upon a Time in Hollywood ($356 million) for its increased fortunes. There’s some bad news for subscribers to the PlayStation Vue service, though – that’s shutting down on January 30 2020.

Overall, Sony’s quarter went so well that it revised its full-year outlook, though not on par with the record levels last year. Follow the Source link for more details.

Sony Mobile's division in Sweden will be merged in Sony Nordic

Sony need to go back to thier Sony Ericsson days and make music phones and camera phones with actual camera features. Also every phone is the same OS and not much is different between phones.

Well man dont take the life too seriously everybody of us will die anyway. And we all end in the frozen ground deep within some coffin.