With version three of its over the ear wireless noise-cancelling headphones, Sony is making the biggest changes both outside and in. The WH-1000XM3 build on the established formula of its predecessors and take direct aim at Bose’s ubiquitous QuietComfort 35 II. I found Sony’s latest cans outdo the Bose in terms of noise-cancelling, but whether they sound better than Sony’s own 1000X’s is a more complicated question entirely.

I’ll preface this article by saying that it isn’t one of our typical test-filled reviews and that I’m not an audiophile but rather a regular techie that loves wireless noise-cancelling headphones. I’ll be comparing the Sony WH-1000XM3 to their patriarch - my lovely Sony MDR-1000X. Both headphones were paired with an iPhone X and music was mostly coming from Spotify with some YouTube thrown here and there. 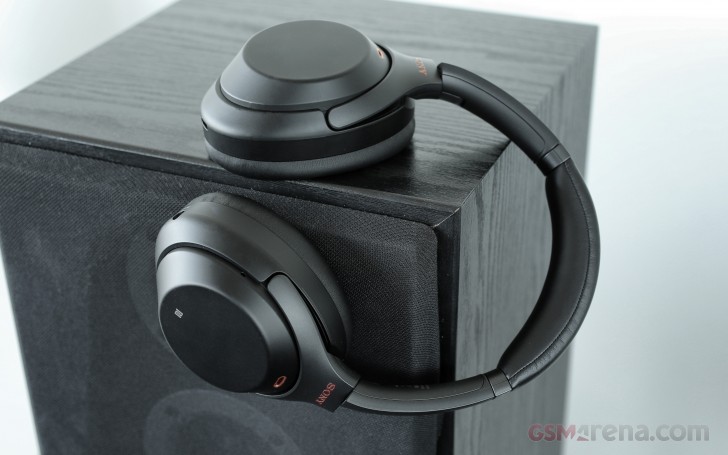 I own the first of Sony’s MDR now renamed WH line of premium noise-cancelling headphones and I can see a lot of its DNA still embedded into the XM3. I’ve had a fleeting run-in with second generation WH-1000XM2 and found them to be mostly the same as the first gen. They did add an estimated 10 hours of battery life, which was not enough of a motivator to switch.

With the WH-1000XM3 Sony made a big redesign of the entire headphones. It’s noticeably lighter than the original but at the same time more firm and sitting tighter on the ears. I found the tighter fit much more comfortable. The reduced weight (23g, measured) was welcome too.

The leather cups still make my ears too warm after prolonged use but I'm willing to accept this as my own shortcoming and not the Sony's.

The headband on the new model has been shortened and as a result it doesn’t stretch as wide as on the originals, demonstrated in the image below. The headband, like the cans themselves, has received a healthy dose of extra cushioning, making the new headphones more comfortable and more snug to wear. 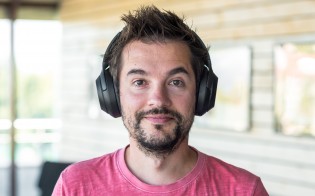 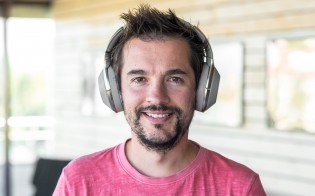 I’m not a fan of the styling of the new 1000XM3. My old pair has painted aluminum bits and the earcups have a leather finish on the outside. The new ones are plain smooth plastic, which both looks and feels less premium. There are two copper accents on each side of the headphone - the Sony logo and the subtle rim over the dual microphones on each cup. At first I mistook the copper-framed microphone to be the USB-C port, then a colleague thought the same thing, and then another one. Poor choice making the microphones look like USB-C ports, Sony, although all of us here agree that the subtle copper accent makes the headphone better looking. 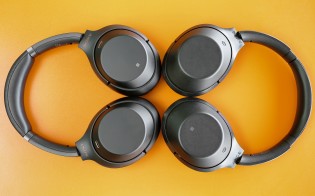 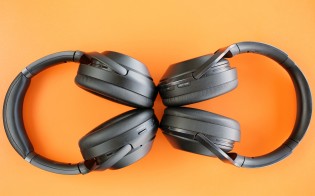 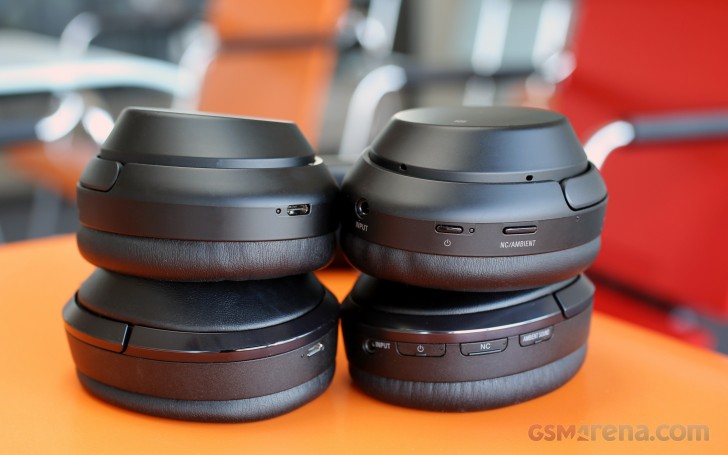 The headphones come in a nicer looking and better feeling case, which manages to fit a 3.5mm audio cable, the USB-C cable and the plug adapter for in-flight use inside. 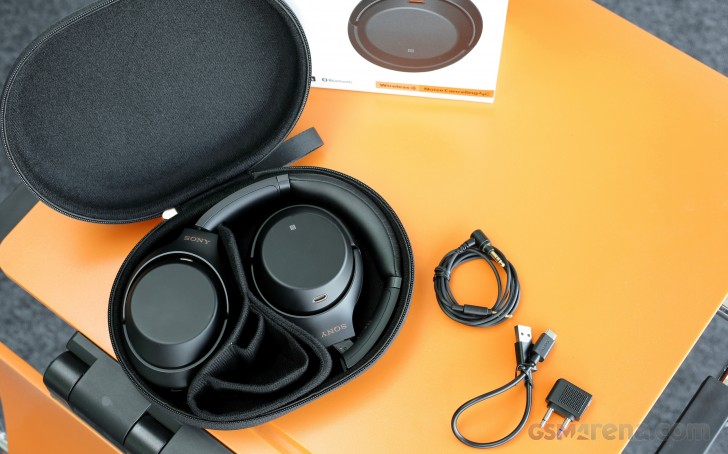 The USB-C port is among the biggest additions to Sony's latest headphones and allows for faster charging - more on this a bit further on.

The Sony WH-1000XM3 come packed with features I spend hours playing with only to forget after a few days. Inevitably I reverted to using them for just listening to music and videos.

Sony has a Headphones Connect app that let’s you play around with the settings on the headphones. Adaptive Sound Control lets you pick what sounds from your environment reach your ears. There’s a smart Sense Engine that determines which sounds to block and which to allow depending on your position - mostly it would keep things as quiet as possible when I was sitting at my desk and allow some ambient sound once I rose and started walking. 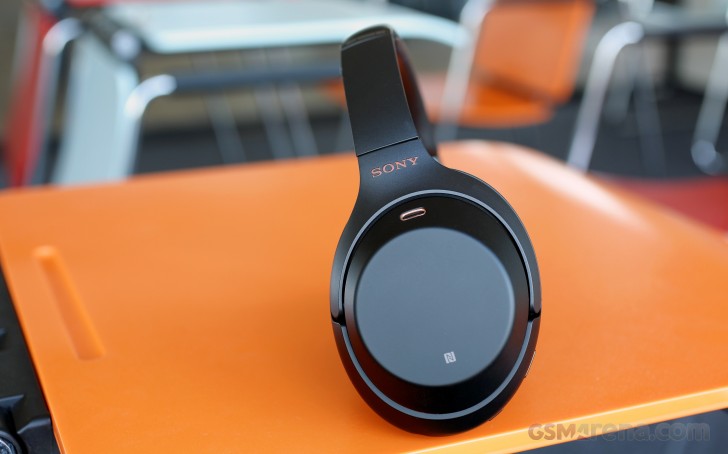 You can also customize the noise-cancellation to your liking by listening through a series of tones and choosing what you want cancelled and what not, using the Headphones Connect app.

I preferred to keep the noise-cancelling on or off, depending on the situation. I hardly ever use Ambient mode but I found it unchanged compared to my the my first gen headphones.

What I love on the Sony 1000XM3 is the Quick Attention feature - just cup the right headphone with your hand and the music stops and you enter Ambient Mode. It’s a great feature for when someone needs to talk to you or you need to tune back in to an office conversation. Lift your hand and you’re back to whatever it was you were listening to. 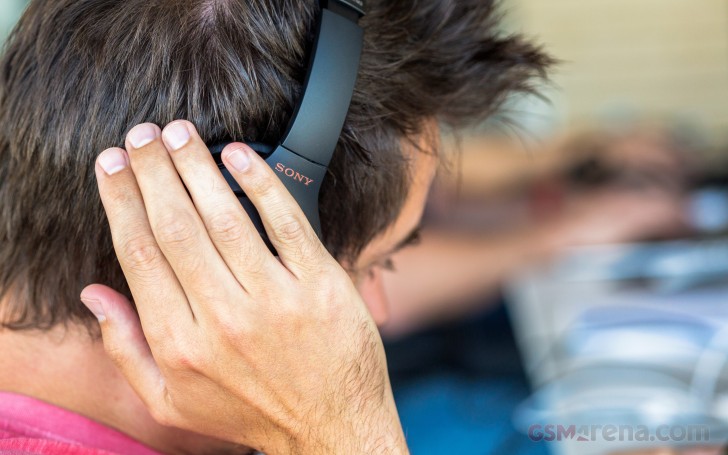 The right ear cup is touch-sensitive, like on the original and second generation 1000X’s, and like them it offers double tap to play or pause, a swipe up or down for volume control and a swipe left or right to change tracks. If you press and hold you invoke Google Assistant or Siri, depending on the OS. 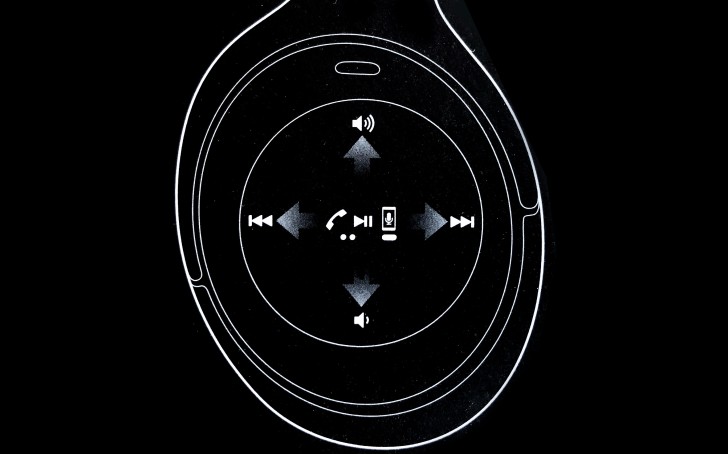 The controls work fine most of the time, especially once you’ve had time to adjust to them. But I still occasionally changed the song when I wanted to change the volume. And speaking of volume, the “you’ve reached the max volume” alert is loud, annoying and stops the music for about 2 seconds - I think Sony should’ve used a simpler, softer tone that doesn’t interrupt music playback.

Sony claims the same 30 hour battery as on the second generation WH-1000XM2, which is 10 hours more than my own MDR-1000X. I didn’t test that claim in a scientific way but I can say that the 1000XM3 endured longer than my own headphones by some 5-6 hours.

Sony also says you can get five hours of listening through just 10 minutes of plug-in time, yay USB-C!

This is where the new headphones offer the most improvement over the previous generations. Sony put a dedicated noise-cancelling chip inside the WH-1000XM3 to monitor external sound and promise four times better noise-cancellation.

I’ll compare it with my own 1000X’s and say that the new headphones are much, much better at cancelling out noise. At least twice as good. I tested the NC by placing myself directly next to a humming fan, sitting all day in the office with the headphones on, taking them outside and testing in a car, and the 1000XM3 were incredible at neutralizing noise. 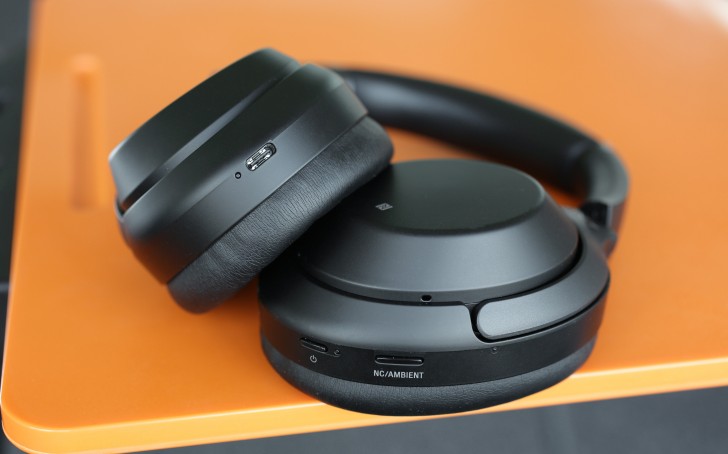 My original Sony MDR-1000X has great noise-cancelling, these WH-1000XM3 have incredible noise-cancelling. Not only are the 1000XM3 the best Sony’s in terms of noise-cancellation, they’re the best I’ve tested, period. The Bose QC 35 II can't even match that level of noise elimination.

All of the above brings us to the most important part of any headphone pair - sound. Are the Sony WH-1000XM3 good headphones, all the noise tricks and high-tech features aside? The short answer is yes. The long answer is, as usual, a bit more nuanced.

As a standalone pair of headphones - the Sony 1000XM3 are great. They offer lively mids and highs but are mostly characterized by their pronounced bass. I think most people will enjoy their powerful rumbling sound. It’s especially great for watching movies or videos but is also perfectly suited for bass-heavy music. Music that is very vocal or instrumental also sounds great in a vacuum on the 1000XM3, but will strike you as a bit too bassy if you’re accustomed to more natural sounding cans. 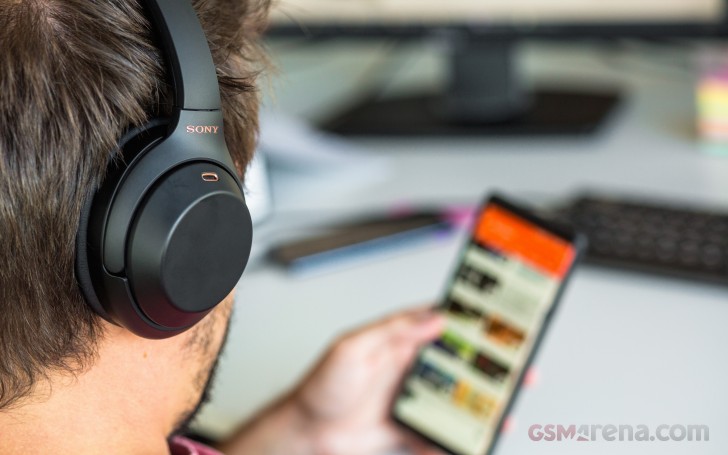 It's when we compare the 1000XM3 to the original MDR-1000X that the answer becomes complicated. Sound preference is extremely personal - everyone has a sound profile they prefer. That said, the Sony WH-1000XM3 are bass-oriented headphones and have more pronounced lows compared to the 1000X. But the older model has clearer mids and highs and is even a bit louder. After hours of back and forth between the original Sony 1000X and the latest model I can say this - the older model offers a slightly clearer, crisper sound while the newer model has a deeper sound with more bass.

The difference is ever so slight and very hard to hear unless you listen to the two pairs one after the other numerous times. The only truly noticeable factor is the bass, the 1000XM3's clearly have more of it.

You shouldn't take this to mean that the Sony WH-1000XM3 are a one-trick pony, they aren't. They offer great, dynamic sound, which is emphasized by great lows.

OK, now that we've listened to music on the Sony WH-1000XM3, tested out the noise-cancelling, fiddled around with the hardware and spent hours just sitting around, wearing the headphones, we can say that these are among the best headphones you can buy.

The 1000XM3's aren't cheap. Priced at £330/€380/$350 they're firmly planted into premium headphone territory. However their direct competitors from Sennheiser and Bose are priced about the same right now. Buying the older 1000XM2's won't save you that much money either at £270/€300/$350 and you'd be giving up the great improvement in noise-cancellation. 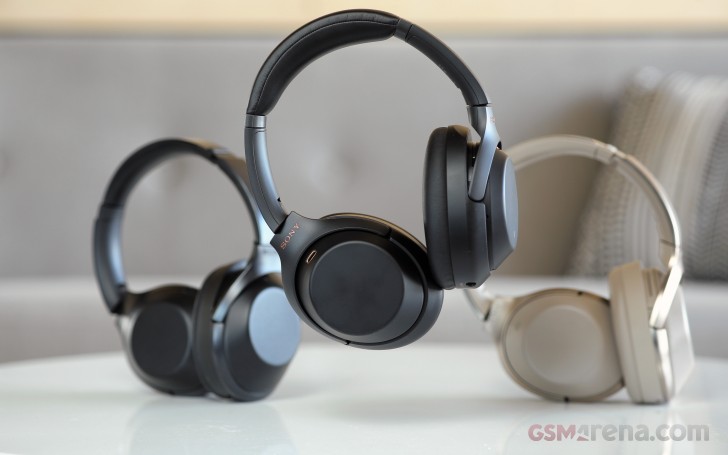 The Sony WH-1000XM3 offer stellar sound, amazing noise-cancellation, superb battery life, touch controls and are among the most comfortable over the ear headphones you can buy. And you can be sure that you can live with these headphones for at least a couple of years thanks to their sturdy build.

If you're on the market for wireless noise-cancelling headphones, look no further - these are the best around. If you're looking for wireless headphones with great bass - the 1000XM3 are again the ones to have. If you're on the lookout for the clearest-sounding wireless headphones around, you may want to try out a few different models, namely the Bose QC 35 II (my original Sony MDR-1000X's may have a few things to say here but they're no longer on the market). And if you can't quite afford either of those right now it may be a good idea to wait a few months until the holiday season rolls around - there could be discounts and Sony's been known to bundle its top-end Xperia's with its top-end noise-cancelling headphones.

The new Sony WH-1000XM3 have a dedicated noise-cancelling processor

I own several pairs of headphones and I can definitely give a good general opinion. Sony's WH 1000 XM3s are excellent when it comes to ANC, even better that Bose's QC 35II, BUT the sound quality is pretty normal. They tend towards a bass-heavy sound ...

Im pretty sure the author confuses crisper sound with harmonic distortion. The 1000X and XM2 are not as good as XM3 is mids, the main difference from X and XM3 is that the slight distortion in mids emphasises said mids an d it can appear louder and c...

I have them both and they both have a similar alert sound.