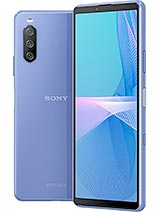 Anonymous, 04 Dec 2022There is no DLNA on this phone at all. I've checked al... moreTrue, kinda wonder why Sony cost cut putting Stereo speakers on their midrangers. Their pre-XZ midrangers had Stereo while low-ends are the ones that got mono output.

Guess because of the 3.5mm jack?

Anonymous, 04 Dec 2022There is no DLNA on this phone at all. I've checked al... moreDLNA has nothing to do with Miracast their totally different. Just reset your phone if you hadnt since upgrading from Android 11 to 12 or maybe 13.

Direct Connect can also be used, I belive Sony TVs also have that.

Anonymous, 01 Dec 2022Its probably on your phone settings as DLNA has been pretty... moreThere is no DLNA on this phone at all. I've checked all the menus. I want to use screen mirroring with the Opera browser to watch YouTube as it's ad free and for other sites but If I use the YouTube app via Cast there is constantly ads.

Having a single speaker for video calls and listening to music is annoying. Very bad call on Sony's side. Most entry level phones these days have dual stereo speakers This is supposed to be a mid-range phone. They have the speaker on top for when you receive calls so why not use it for music and video calls along with the bottom speaker? Common sense you would think

Anonymous, 28 Nov 2022Casting from the YouTube app works fine but that's abo... moreIts probably on your phone settings as DLNA has been pretty much standard on every Sony phones.

Kinda wierd that DLNA needs to be enabled for just Screen Mirroring aka Miracast which uses Wifi. In my case DLNA has nothing todo with Screen Mirroring/Miracast as I use my Router as DLNA Server connected with External Storage to stream videos.

Why dont you reset your wireless settings on your phone or in drastic situation maybe full wipe/factory reset after backing up everything.

frazze, 27 Nov 2022Screen Mirroring works fine for me but not the Cast functio... moreCasting from the YouTube app works fine but that's about it. My TV is a Sony Bravia built in 2015 and has Screen Mirroring in the apps as well as the Input menu. It tries to connect then fails. I have deleted it and registered my device several times with no success. My Xperia X will only connect through Screen mirroring if I add it as a server on my TV (DLNA) otherwise it won't connect like my Xperia 10 iii which doesn't have DLNA built in. I don't know why DLNA would make a difference. My Xperia 10 iii also has the most up to date software update like yours. It's very frustrating to say the least. The new Xperia 5 iv has DLNA though. I will not be buying a lower end model again

Soss-Sepp, 01 Nov 2022I was hoping for 5 III but due to tighter budget went for 1... moreYup, I totally agree with you, such a disappointment from Sony

Anonymous, 26 Nov 2022Screen mirroring not working for me at all. My old Xperia X... moreScreen Mirroring works fine for me but not the Cast function, I have a Samsung TV from 2014 and latest EU update version 62.1.A.0.645 from September on phone.
Did you chose Mirroring on your TV as source?

Screen mirroring not working for me at all. My old Xperia X F5122 dual sim from 2016 works fine but not my Xperia 10 iii. Anybody else have this issue? Very disappointed

BAHTHE, 02 Nov 2022Pretty much all you said is correct. The mono speaker doesn... more10 IV Battery backup is definitely better as it has bigger battery but you will be stuck @ 1080 30fps both video playback & recording. USB will be downgraded to 2.0 meaning you will lose Display Out support & transfer rate via USB will be slower.

But if you have no need for what you will lose in getting 10 IV then I guess its fine.

Soss-Sepp, 01 Nov 2022I was hoping for 5 III but due to tighter budget went for 1... morePretty much all you said is correct. The mono speaker doesn't bother me as I use bluetooth headphones most of the time (aftershox). The fingerprint reader, which on all my previous Xperias was really good, is shit. The camera is slow. Charging is slow. However the battery is terrific! Maybe the new 10 1V will be better?

I was hoping for 5 III but due to tighter budget went for 10III. I have to say! This phone is crap. I've had Sonys since Ericsson. This is the first one in the series I do not like at all. I really hate it. It gets hot when I use hotspot. Ironic. With last ones never had the problem (XZ1 compact, Z3 compact and my indestructible favourite Xperia S Before them, not so much sharing internet.) Phone camera app keeps freezing and not responding. Taking picture takes forever. 1 second plus. Night shot in semi-dark room. "bad". Missing camera button means no proper focusing, like I'm used to have. Did not read the specs and bad surprise was also, that it does not have stereo speaker. Also the screen sensibility in corner areas. Sometimes I need to tap multiple times to close a window or something else. I find couple of things ok. Camera options, taking picture at 0,6x/1x/2x zoom. And battery life. And that is it. I really want my last phone back, but due to an echo in phone call on the other end, the main function was unusable, so I had to really DOWNGRADE my phone to Xperia 10III. DO NOT BUY IT!!!

Anonymous, 24 Oct 2022Try charging while the phone is switched off. It seems it c... moreYep because no other background processes draining power so charging can focus only on charging the battery.

Try charging while the phone is switched off. It seems it charges faster this way.

Adm, 17 Mar 2022My friends are telling me, that microphone on my 1 week old... moreHappens quite often, no matter what phone you use, he sure to set the settings in messenger first, you can have even Formula 1 Smartphone, it still will be sh1t when using messenger without proper settings.

BillyOcean, 12 Apr 2022The bottom line is Sony did a terrible job with this phone.... moreIt's funny how people refers the screen that "amoled" is shit, did you know that, the screen is OLED, the amoled name is created by Samsung as an Mark of their company. In short, Samsung shortnicknamed OLED screen as an "Amoled"

Can somebody confirm maximum supported charging speed wattage? My phone is charging very slow with a 15W charger so I am considering to buy new charger.
Also my battery is only 4380 mAh and not 4500 mAh as stated on this site.

Anonymous, 15 Oct 2022Use GCAM, its better than Open Cam.Ok but I can't find GCAM on Play Store? In what way is it better?