The 10 Plus, along with the smaller 10, are the first two phones that will attempt to sell you on a 21:9 screen - Sony may want you to think the flagship Xperia 1 is the true ambassador of the crazy-tall aspect, but that one is months away and the 10s are here now. 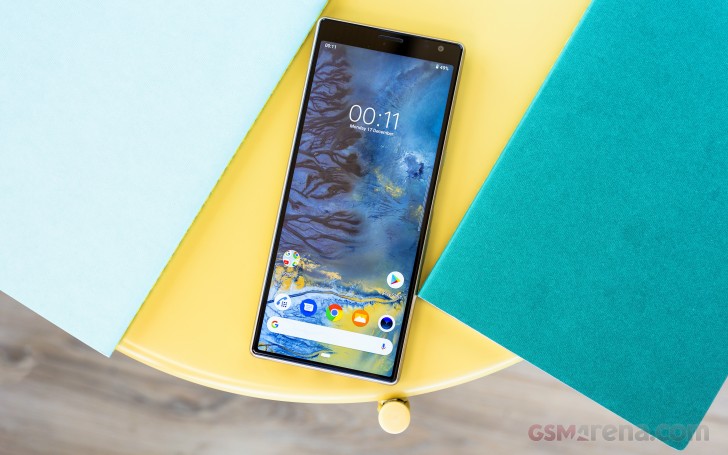 So, the Xperia 10 Plus has a 6.5-inch display with 1080x2520px on it - we've seen tall, but not that tall. The other bits aren't as striking - we'd even call them ordinary. The Snapdragon 636 chip is often seen in the segment, though perhaps on the lower end of it - a 710 wouldn't have been out of place on the 10 Plus. Battery capacity is on the low side of average too, but the RAM and storage numbers are about right, and the camera count is sensible, plus the configuration is even more so - there's a telephoto secondary module on the back, as opposed to a simple depth sensor.

Let's put off marveling at the phone's unusual proportions and say a few words about what's going to come inside the box.

That is, as far as we can tell. We did get a box, so it is technically an unboxing, though it's not strictly retail-grade contents we have here even if the box itself is final. We only got a basic charger (5V/1.5A) and a USB-A-to-C cable to go with it. 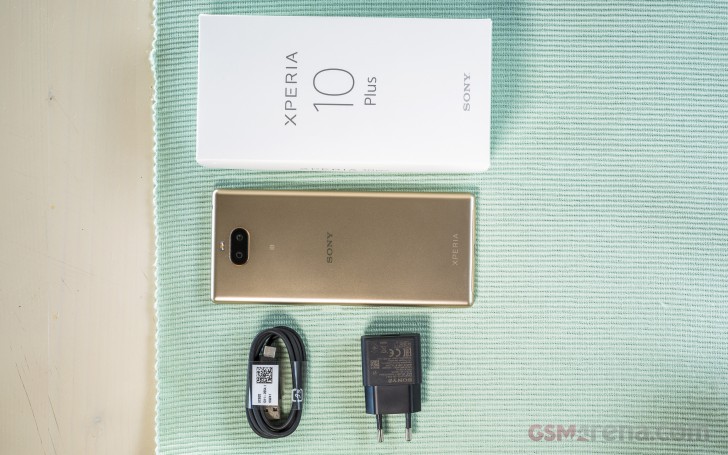 However, the Xperia 10 Plus supports Power Delivery, and Sony now makes a PD charger (which it didn't when it launched the PD-capable XZ3), so it could come in the box as well. We've also seen bundles containing headsets. As is typically the case with Sony phones, the retail package contents vary by market and even carrier, so it's worth checking with them beforehand.

Samsung A50 or A70 at the same android Pie and UFS and better chipset plus Oled, also Oppo Reno and Realme also offers similar like samsung at the lower cost than sony, Many OEM offers more interesting features than Sony at the similar premium price

do you still have that water proof sony

Can you tell me which cell is better than Xperia 10 plus and with more fixtures, thanks