4K and 120Hz in one display for the first time

Top-end Xperias have pushed the boundaries of display technology for as long as we can remember, typically in directions different than what others are doing. The 1 III takes Sony's unique 4K resolution and adds a 120Hz refresh rate - so the first 4K 120Hz OLED panel in the smartphone world.

Update July 13th, 2021: At the time of publishing this review we were under the impression that the screen cannot output 4K at 120Hz. Sony reached out to us to clarify that the hardware is capable of delivering that.

With further testing, we were able to confirm that the screen automatically switches to 4K resolution as soon as you start playing back any video - regardless whether you have the 120Hz screen mode ON or not.

We didn't have much luck with any other use case though. Whether we were just poking the regular UI or web browsing in Chrome, or checking out photos in Google Photos - the phone's screen always ran at 1096 x 2560px. 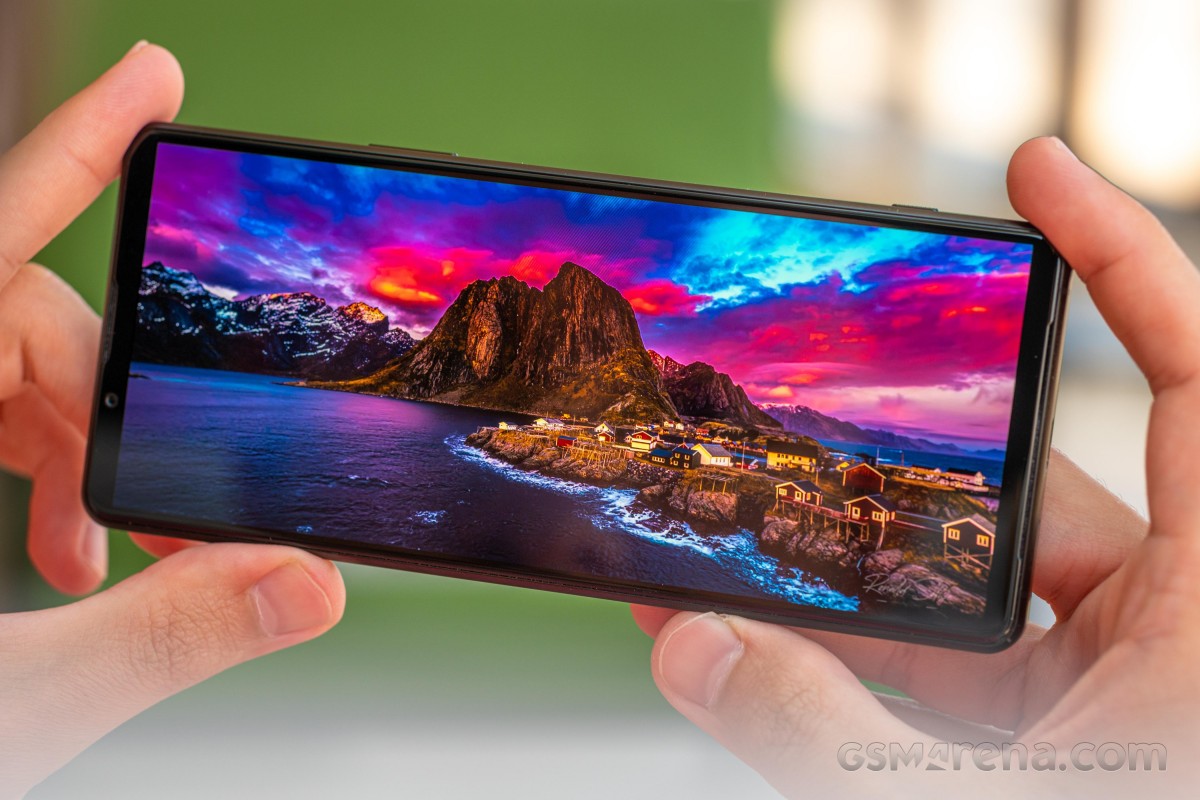 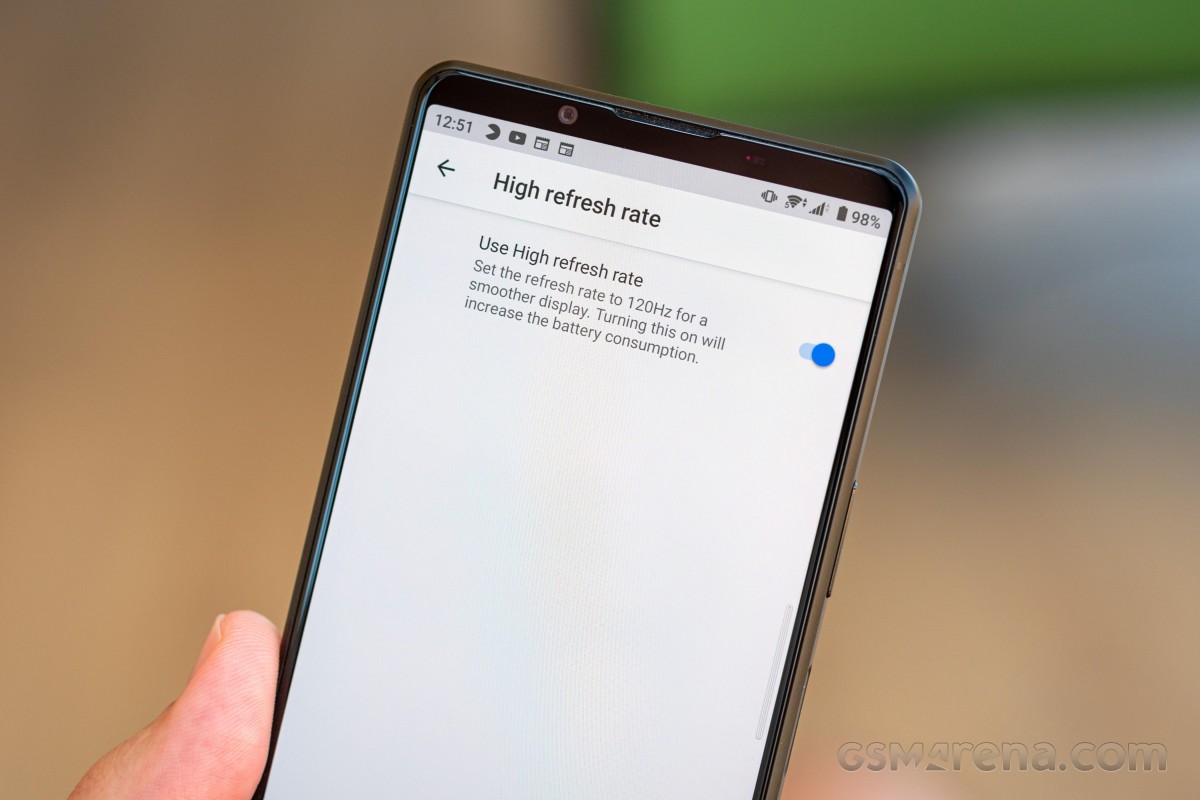 The Xperia 1 III's maximum brightness tops out at 560nits in adaptive brightness mode and 356nits when operating the slider manually - in the out-of-the-box Standard mode. This result isn't competitive against rivaling high-end offerings.

It's nice that the higher number is also achievable even without high ambient light in Google Photos and possibly in other multimedia apps. Higher brightness for smaller patches of the display area is potentially possible as well, for HDR applications, but that's not something we can reliably test for.

Update: Creator mode allows a slightly higher maximum brightness of 620nits in a selection of whitelisted apps - we tested Google Photos and Chrome and Firefox. This has been the case on previous Xperia phones, too. To better reflect this behavior, we've updated the brightness table with these new max numbers.

Dealing with color reproduction on the Xperia 1 III is the same as any recent high-end Sony. There are Creator and Standard modes for 'Image quality', with further 'White balance' adjustment options that include Warm/Medium/Cool presets, as well as RGB sliders for extra granular tweaking.

Creator mode, when it recognizes sRGB content, is capable of rendering it very accurately - we measured an average dE2000 of 1.5. That's with the white balance to Warm - the default Medium setting results in a slightly noticeable blue shift.

Our testing software couldn't trigger Creator mode to switch to the DCI-P3 color gamut, so the color accuracy results we get aren't representative of the phone's behavior with actual content made for that color space. You should be alright using with any application where color is important.

Standard mode (the out-of-the-box setting), meanwhile, delivers a punchier output that doesn't necessarily aim for accuracy; there's a provision for auto Creator mode engagement in Standard mode, so that phone can switch accordingly when presented with compatible content.

The Xperia 1 III's display is HDR capable, and we got HDR streams from popular sources like Netflix, Amazon Prime Video, and YouTube.

As we observed last year on Sony's first phone with a 120Hz display, the Xperia 5 II, the way the Xperia X 1 III handles its refresh rate is very straightforward. A single toggle in settings enables the 120Hz mode, and you'd be getting that refresh rate pretty much across the board with little to no activity-based or app-based switching. Notable exceptions include the camera viewfinder and Google Maps that do force 60Hz mode, as does video playback in Google Photos (but not in the streaming video platforms mentioned above). Such a non-adaptive approach is potentially more taxing on the battery, though the savings achieved with the adaptive implementations on competing phones are hard to quantify.

As for games, from the Game Enhancer utility settings, you can switch the refresh rate for the display to 120Hz for titles that can go above 60fps - it's at 60Hz by default. You can also force it to 120Hz regardless of whether you know for a fact that the game itself supports a higher frame rate - just to be sure. That's done on a per-game basis and is buried several levels in the Game Enhancer, so it's not the most intuitive implementation.

The Xperia 1 III has a 4,500mAh battery inside, an increase over the 4,000mAh number of last year's model. It's the same capacity as the OnePlus 9 Pro, but slightly less than what the Galaxy S21 Ultra and Mi 11 Ultra have (those have much larger displays, though).

In our testing, the Xperia returned unremarkable results for endurance - a rating of 82h.

The 9 hours we clocked in Wi-Fi web browsing (with the display set at 120Hz) are the particularly underwhelming number.

The nearly 13 hours of video playback (at 60Hz) is closer to what we'd call okay, though still lower than pretty much all competitors.

The 22:42h voice call longevity is on the low end of the spectrum as well, though at least standby turned out relatively good. 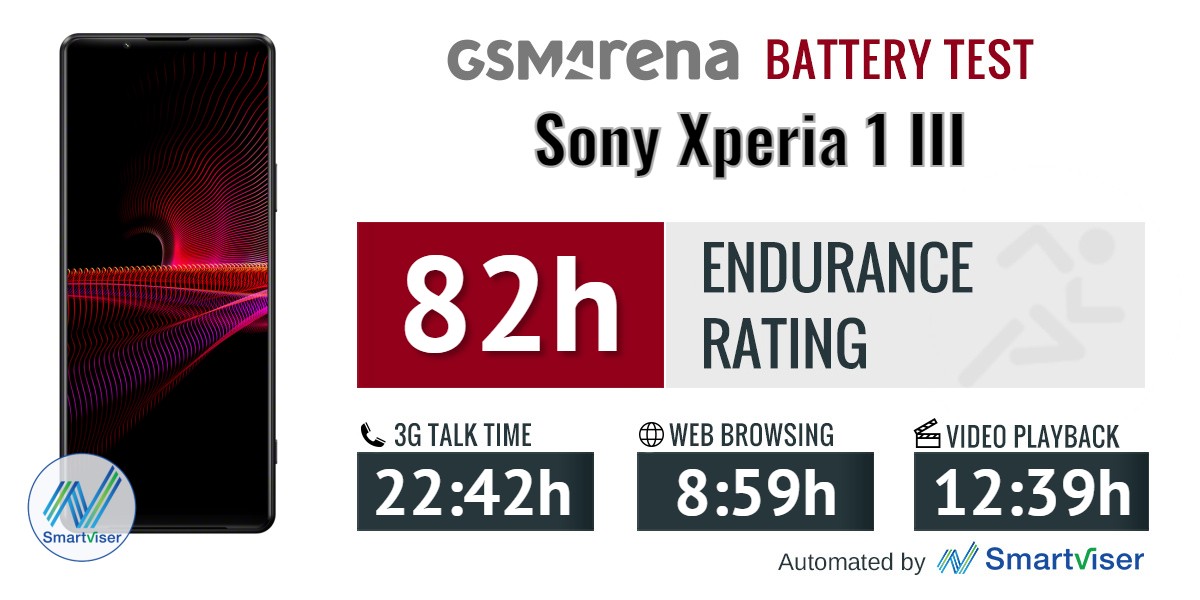 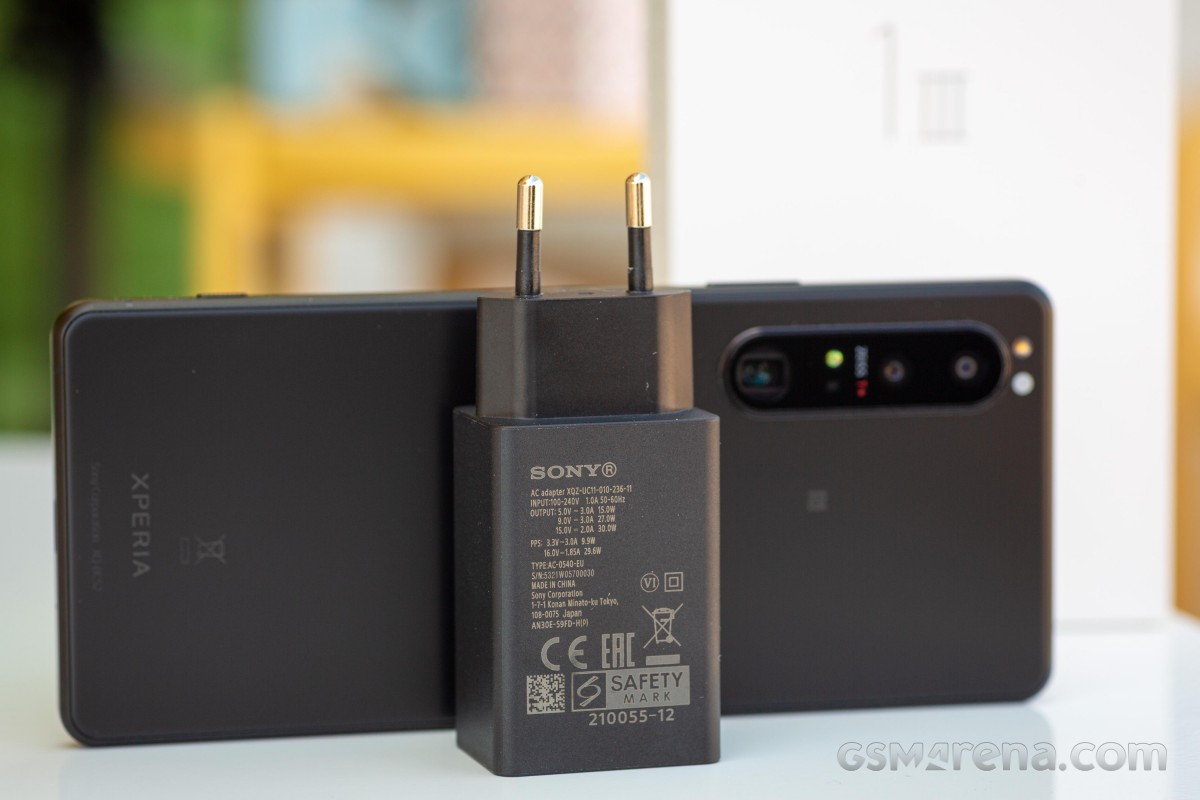 Update July 30th, 2021: At the time of publishing this review, our testing showed slower charging times for some reason (42% in 30min). After a recent retest with the provided 30W charger, we clocked 50% charge in the first 30 minutes and a full charge from flat in 1:50h.

The new results we got are in the same ballpark as other high-end devices like the Galaxy S21 Ultra and the iPhone 12 Pro Max when it comes to the 30-miunte result, but still relatively slow. The typical Sony approach to charging prioritizes long-term battery health. They claim that after three years of daily charging, the battery's capacity wouldn't dip below 80%, thanks in part to this relatively conservative charging curve.

The Xperia 1 III supports wireless charging, and the Wireless Power Consortium database entry says it adheres to the Extended Power Profile for a maximum input power of 15W.

The Xperia 1 III has a stereo speaker setup with both units facing forward - one is below the display, the other - above it (that one is also the earpiece). As is common on Sonys, the phone has a correct-side-up landscape orientation - the buttons must be on top. So it won't switch channels based on the accelerometer's input and will feed the left channel through the earpiece even if you've got it the other way around ('you're holding it wrong' kinda situation). 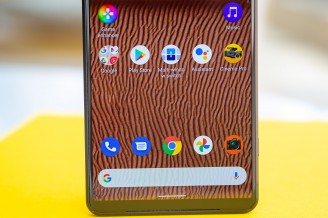 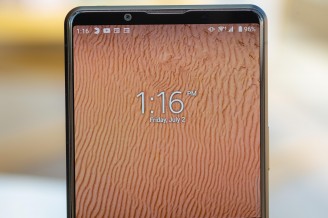 The Xperia earned a 'Good' rating for loudness in our test, one notch below most competitors. The 1 III is a bit lacking in the low end, where the Mi 11 Ultra is notably boomier, but the Xperia makes up for it with clean vocals and sparkly treble. The symmetry and parity between the two speakers is also much appreciated.

I have the Xperia 1 iii instead of upgrading to the Samsung seq ultra I went for the Xperia 1 iii it's a really nyc stylish phone 12 GB ram 256 GB storage,the thing I like most is the sd card slot when resetting the phone for whatever reason it&...

And possibly take 30 seconds to check something tgats supposed to be a big deal insteas of needing to be corrected. Just saying...

Wow, you can tell in your reviews that you guys must really like over processed HDR for all of your images.